LOST IN SPACE: the launch and landing 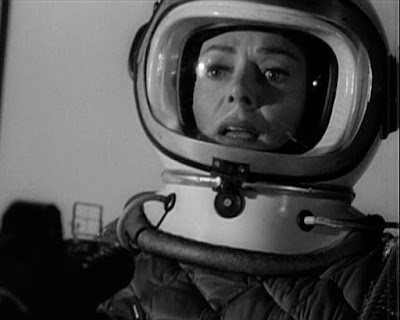 The opening episodes of "Lost In Space" - one of the famous/infamous brainchilds of producer Irwin Allen - are a real treat for those of us who have idealised false-memories of growing up in that era when pulp science-fiction really emerged out of television sets and drive-ins and into the mainstream. I’m English and far too young to have enjoyed seeing the drive-in era first time around; I only wish I had those early memories of Joe Dante, Ray Harryhausen and Ray Bradbury. On the other hand, thanks to early evening monster-movie and science-fiction seasons when I was just about to hit my teens, I too experienced black-and-white B-movie gems and derivatives before I abruptly found myself coming of age in my teens with such as "An American Werewolf in London" and "Eraserhead", so I feel like I experienced my own version of that idealised era. I can only imagine how much I would have relished the weekly broadcasts of adventures of the family Robinson, had my childhood coincided with those first screenings. The first three episodes were originally screened in September 1965.

As it is, the opening episodes are a lot of fun. We can enjoy the show’s datedness for sure, for the retro-future is a delight, and I am certain that the whole thing becomes camper and bittier as the episodes and seasons progress, but the first three episodes at least tell a continuous tale. The Robinsons are the first pioneering family into space, a test exploration in a programme to resolve Earth’s population problems. This is the dilemma of the space-age future of 1997 (!). The first episode covers the launch and the instantaneous ruination of the flight by "the nefarious" Dr. Zachary Smith, a mercenary saboteur who accidentally finds himself launched along with the Robinsons and their pilot, Major Don West (Mark Goddard). Wait… only one pilot?? Anyway… The pacing is occasionally a little staid - the tempo of another era - and aside from Smith and the fiesty Will Robinson (Bill Mumy), the rest of the crew are a pretty un-charismatic lot. This will ultimately prove to be the case in general, and in this the Robinsons are the ultimate Cold War era family: the kind that have achieved the idealised ‘dullness’ and conservatism that James Mason in "Bigger Than Life" mentions. 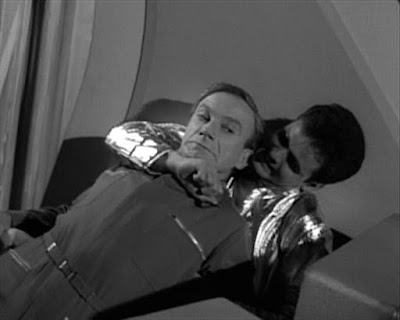 
There is innocent joy in seeing that the Robinson’s spaceship, Jupiter 2, is a flying saucer, and to find that they all dress in silver spacesuits. And then there is the Robot, who is part daft novelty and part imposing menace; somewhere between Robbie the Robot and Gort. He gets to run amok, be Will’s pet and play straight man to Dr. Smith’s sliminess. And so all the requirements are in place for a fun space yarn: by the end of the first episode we get a space walk and meteors; in the second we get an alien vessel; by the third we get a crash landing on an unknown planet. At 50 minutes each episode, the action is often stretched, but mostly composed of two halves: Jupiter 2 launch/sabotage and space-walk; space-walk resolution/alien vessel; crash landing on alien planet/rescue mission for John Robinson (space-age mannequin Guy Williams). This means that something new is always turning up and the perils are constant. Come episode 3, this also means we get a cute big-eared space-monkey which, on top of the half-cute, half-frightening robot, is probably a little too much (and promptly the writers have little idea what to do with space-monkeys, except to make it a baby-like pet-toy for Penny Robinson (Angela Cartwright)). But the erratic loyalties of the robot - the embodiment of devotion, technology and perverted in the Robinson’s universe - provides some threat and suspense on top of the murderous plots of Dr. Smith. 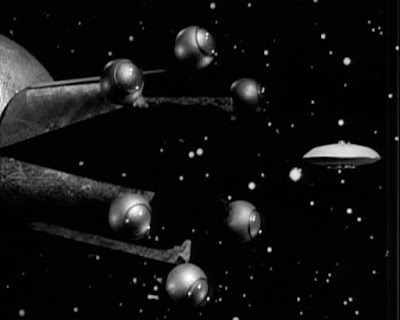 
As Smith, Jonathan Harris lays on the ham, smarm, weasley charm, entertainment and all out creepiness, but the unremarkable performances of the other adults do little to liven up shallow types. Pretty early on in the show, it is Smith, the Robot and plucky Will Robinson that energise the drama amidst the roster of hazards. There is great irony in the bad guy (who even denigrates the worth of voting! Democracy itself!! Commie slimeball!) upstaging such an iconic nuclear family, but the show doesn’t necessarily get this and just assumes the Robinsons’ earnest goodness is enough. But to offset this, there is plenty of danger, a rather decent sequence where we watch the Jupiter 2 crash-land, followed by a funky explorer buggy (or "chariot", as they call it… and from where in the ship did that come from?) and electrified tumbleweed (!).

Perhaps the most sublime sequence of the opening episodes is the near-"2001" moment when the Jupiter 2 is pulled into the alien vessel, which opens up its maw to swallow the smaller craft up. You can rarely go wrong with the exploring-an-alien-craft moment, and there is a genuine eeriness here. The most is made of a low budget: the crystal-web-like interior proves both evocative and economical, creating a cost-effective set design of invariability that creates the idea that it will be very easy to get lost. We even get a wonderfully absurd alien to encounter. With the silver suits to top it all off, what more could a fan of Space Age pulp want? 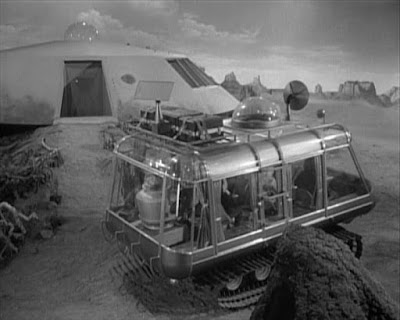