2014 favourites at the cinema 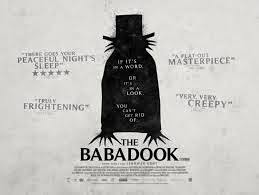 In 2013, I didn’t go to the cinema much, so it seemed redundant to do an end-of-year post. 2014 was different, I’m glad to say, so here’s my favourite seven in no particular order.

I went to Frightfest this year and although I only went for two days due to the online meltdown obtaining weekend passes. I saw 12 films over Saturday and Sunday and out of that, I’d say 10 had something of merit about them. Two were stand-outs: “The Babadook” and “Faults”. I only felt that “All Cheerleaders Die” by Lucky McKee and Robert Sivertson insulted the intelligence and Guy Pidgen’s “I Survived a Zombie Holocaust”, despite being sporadically amusing, went on too long until you couldn’t help notice that it wasn’t very good. 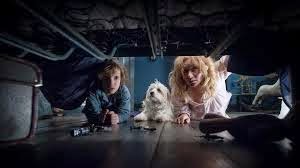 I’ve been happily surprised at the near-unanimous love Jennifer Kent’s “The Babadook” has been getting as it’s a proper horror film that doesn’t think that just being scary or gory is all a horror film can do. There is something genuinely dangerous about it and – despite some people thinking the final act is somehow a disappointment – it has an ending that is both logical and carries through on its initial promise. Since most horror fails somehow come its finale, that’s a relief. 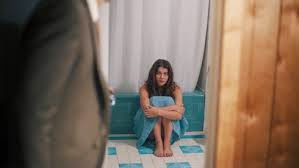 Riley Stearns “Faults” is more a psychological horror, but seeing it in a horror context helps to enhance its sense of the uncanny, of something not being quite right. Mostly it has terrific performances, especially from Leland Orser and Mary Elizabeth Winstead, as well a great opening scene. 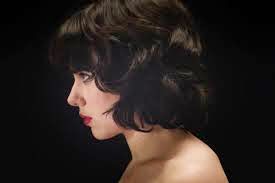 Paul Glazer’s “Under the Skin” is a heady character study of Scarlett Johansson as an alien, trawling Scotland for victims. It’s like Jonathan Glazer took the first half of “The Man Who Fell to Earth” as his template and hasn’t watched a sci-fi blockbuster since. Intimate and trippy, this is the kind of genre flick that gets made too rarely. 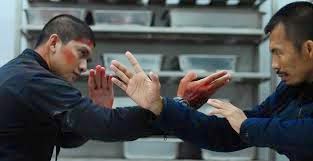 Gareth Evan’s “The Raid 2” goes big whereas its predecessor was streamlined. The film may have to go looking for its fight scenes, but when they come they are superlative. We may be ready for them this time around but that doesn’t make them any less exciting and impressive. 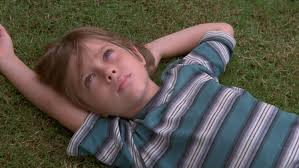 “Boyhood” immediately stood as a cinematic milestone just for taking a single child actor and growing up with him and the other actors around him over twelve years. The fact that Richard Linklater crafts a casual bildungsroman from the material is remarkable: every time the film seems to approach the kind of dramatic input that other films would lap up, he goes on to something else. It rambles in the best sense and finds truths that your average biopic could only wish for. Rarely does a film transcend its own gimmick so artfully. 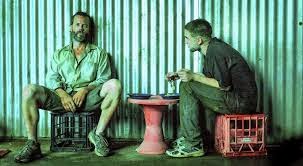 I had heard good things about David Michôd’s “The Rover” before seeing, but I knew it was my kind of thing within the first scene. Then Robert Pattinson turns up and delivers a performance that will surely leave naysayers wondering if really it’s the same actor that helmed the “Twilight” series. And that’s in a film brimming with good performances. This is the kind of film-making that says that not everything has to be spelt out all the time. I went into “Nightcrawler” knowing nothing but Jake Gyllenhaal was a sleazeball and that it was meant to be good. Apparently the trailer gives everything away, but it was all a surprise to me. By halfway through, I was chucking sardonically repeatedly and pretty sure I was watching one of my films of the year.


8.      “We Are the Best” for leaving a big punky smile on my face.
9.      “Locke” for being a great actor’s showpiece.
10.  “Rise of the Planet of the Apes” because this is how you do mainstream effects showcases.
11.  “Guardians of the Galaxy” for being a lot of fun where very little was expected.
12.  “Maps to the Stars” for being Cronenberg-creepy and for some great performances.
13.  “Boxtrolls” for being grimy and odd and funny. 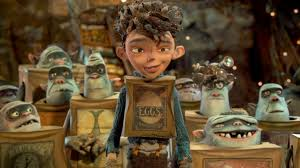 And I will also mention…


“The Drop”: exactly what you expect it to be, nothing more and nothing less.


“Only Lovers Left Alive” doesn’t quite transcend its frequently bad dialogue, but the soundtrack and the vampires-for-hipsters vibe make up for a lot.


“Godzilla” has moments of brilliance, and great monster moments, but too often follows its least interesting angle in search of emotional-connection-with-the-audience.


“Interstellar” has emotional-connection-to-the-audience galore, which means its popular but, for me, its best stuff is in the middle section when they leave Earth: that’s where the real awe-inspiring material is.


“The Wolf on Wall Street” was as good and as well-made as expected.


“The Hobbit: Battle of the Five Armies” was an improvement on the middle part of the trilogy and a fair ending after all, but not enough to match the heights of “The Lord of the Rings” trilogy or quite enough to remind us why that was so ground-breaking.


“The Guest” made little sense and seemed to be just an ‘80s nostalgia vehicle: enjoyable for all that, I’m sure, but shallow, too smug and nonsensical. 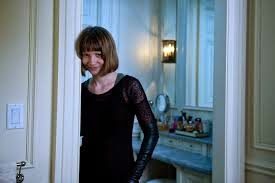 Biggest disappointment goes to….
“Mood Indigo” can’t even have a character walk down the street without something whacky happening. I am a Michel Gondry fan but couldn’t connect to this at all. I find it hard to subscribe to the idea of a woman dying of terminal illness as poetic. What might seem poignant as a music video becomes tiresome and shows its cracks at feature length.


Worst cinema visit:
Has to be when I saw “Maps to the Stars” and had to listen to people eating popcorn for at least its first two acts. And multiple times this year I left the cinema thinking: People do tend to talk through films, don’t they?


Best cinema visit:
Two days of Frightfest: whereas last year was inundated with mostly tedious found-footage or turgid mainstream stuff and the year before that was mostly full of rape, this year provided two days that made me realise that watching so many films with something to offer was just as tiring as watching a lot of crap and waiting for the gems to appear. You kind-of want the good stuff to soak in a bit before the next one… But gorging on brilliant or decent film is always pleasant, of course.
Posted by Buck Theorem at 12/30/2014