Of what I saw in the cinema this year, this is my "best 10", in no particular order: 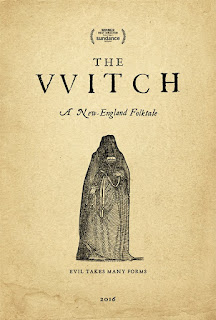 ‘The Revenant’ - For the tracking shots and long takes and the bear attack if nothing else. Alejandro G Inarritu, 2015, USA-Hong Kong-Taiwan

‘The Witch’ – For being genuinely haunting and uncanny. Robert Eggers, 2015, USA-UK-Canada-Brazil

‘Victoria’ – For being a great example of how everything can happen to you in a short space of time and for the bravado of its one take. Sebastian Schipper, 2014, Germany

‘Embrace of the Serpent’ – For being so otherworldly. Cira Guerro, 2015, Columbia-Venezuela-Argentina

‘Under the Shadow’ – For being such a great example of genre tropes done right and explicating on real world themes as only Horror can. Babak Anvari, 2016, UK-Qatar-Jordan-Iran

‘Paterson’ – For revealing such warmth and respect for routine and the everyday expression of art. Jim Jarmusch, 2016, France-Germany-USA

‘American Honey’ – For capturing an expression of freedom and for its ultimately joyous loose-limbed feel. Andrea Arnold, 2016, UK-USA

‘Train to Busan’ – For being so much genre fun. Rarely have I felt an audience enjoying itself so much. Sang-Ho Yeon, 2016, South Korea

‘High-Rise’ – For revealing its true boldness on a second watch, for being such an often brilliantly rendered oddity. I’m ware I’m probably the odd-one-out on this. Ben Wheatley, 2015, UK-Belgium 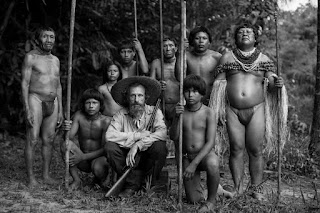 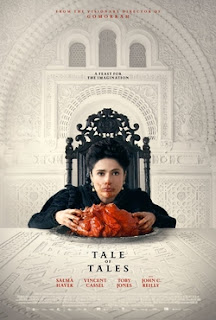 All these films were funny, except ‘Rogue One’ and ‘Tale of Tales’ and  ‘Broken’, of course. ‘Deadpool’ genuinely captured the anarchic nature of comic books even if ultimately its storyline was conventional. It showed how by-rote so much else in the superhero world is. ‘The Hunt for the Wilderpeople’ was thoroughly winning and quirky. ‘Edge of Seventeen’ possessed a great trilogy of central performances with a script which managed to be cutting but not mean-spirited. ‘Love and Friendship’ proved – despite a potentially terrible title – to be slick and sly satire. Actually that can also be said of the splendid horror-comedy ‘The Director’s Cut’ (Adam Rifkin, 2016., USA). ‘Tale of Tales’ was elegant and possessed a lot of agreeable weirdness and ickiness. ‘Broken’… see below. 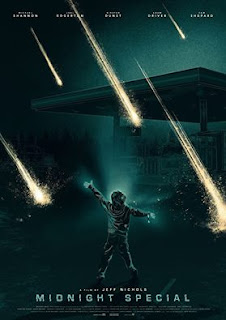 ‘Hail, Ceasar’ proved an often joyous trifle. (Coen bros, 2016, UK-USA- Japan)
‘Midnight Special’ was good minor genre fare. (Jeff Nicholls, 2016, USA-Greece)
‘Dheepan’ seemed to be deeply misunderstood as a vigilante drama: it wasn’t, it was about a man being dragged back to the worst of himself. Jacques Audiard proved again that he is a masterful director, even if this was one of his lesser works. (Jacques Audiard, 2016, France)

Old school treats:
‘The Big Short’ (Adam McKay, 2015, USA) and ‘Spotlight’ (Tom McCarthy, 2015, USA-Canada) showed how cinema can tackle real stories, through a box of cinematic tricks (the former) or straightforward and austere narrative flow (the latter). Both proved up to the task and both were commendable in their tackling of difficult subjects. Of the consummate sort, ‘Hell or High Water’ (David Mackenzie, 2015, USA) was a winner for being an old school film that was well acted and written.

Rising somewhat above its stock:
‘Creed’ proved better than its Rocky Balboa stock material, mostly due to Michael B Jordan’s and Sylvester Stqallone’s performances and a great one-take tracking shot for a fight.
‘Rogue One’ too.

In retrospect… meh:
I enjoyed ‘The Hateful Eight’ (Quentin Tarantino, 2015, USA) very much at the time but find myself more indifferent upon reflection, although I’m sure another watch will remind me of its worth when watching.  I found the same growing indifference for ‘Hardcore Henry’, but I was never really invested even though I enjoyed it superficially at the time.   And despite my initial Hey-it’s-not-that-bad response to ‘Batman vs Superman: Dawn of Justice’ and ‘Suicide Squad’, I concede that they are both bad. But it was Duncan Jones' 'Warcraft' (2016, USA_China) that left me most cold.

Yeah, but hmm:
I know ‘Room’ (Lenny Abrahamson, 2015, Ireland-USA-UK-Canada) was an emotional winner for many but it seemed to me to be remarkably conventional for Lenny Abrahamson when it could have been ideal for the odd and striking effect of his ‘Frank’ or the chilliness of ‘What Richard Did’. 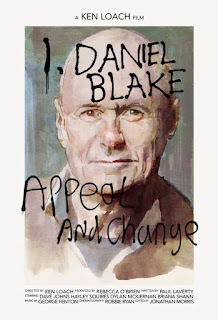 I knew at the time that I needed some distance to really know what I thought of Ken Loach's ‘I, Daniel Blake’ after my knee-jerk response of approval of its intent. I was conscious at the time that it had problems, that everything in it was aimed at the agenda without real nuance, but its ultimate message of “this system kills” meant that I glossed over its weaknesses of contrivance because it was agitprop that I endorsed. There is no doubting Ken Loach’s humanitarianism and that film because a touchstone for political debates, providing a reference to open up the subject of how the welfare state operates. All this contributes to the argument that film can be instrumental in societal change, something that Ken loach has proved pivotal to ever since, say, ‘Cathy Come Home’. But there’s no doubt that Paul Laverty’s script does take liberties of contrivance to get where he’s going and this proves a fundamental weakness. A kind of ends-justifies-the-means scripting and usually I wouldn’t be taken in by. I tend to be in line with Michael Koresky’s clear-headed review and concur when he says it is “A frustrating watch on levels intended and not.” I find myself willing to forgive its weaknesses – as we do for films we favour – because it’s capturing of a certain realism is considerable and as a slab of humanitarian agitprop its worthy and angry.

If you are looking for a character piece on how the rickety nature of institutions causes damage on individuals, then ‘Broken’ was a solid example. Its argument came to lack-of-proper-care-leads-to-horror-stories and that isn’t so different to ‘I, Daniel Blake’. The performances are exemplary and it certainly has more nuance than Laverty’s script. 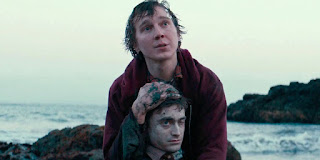 there was something I still needed to work out about it. Yes, it’s a great meditation on depression but when I saw someone read it as a “love story for the ages” that I raised an eyebrow. A second watch will definitely resolve what I think of it: as it is, it’s a must-see for fans of the surreal and a-bit-out-there cinema.

The same with ‘Your Name’ which was at the very least a gorgeous piece of animation. (Makoto Shinkai, 2016, Japan)

Similarly there was plenty of good in ‘Nocturnal Animals’ (Tom Ford, 2016, USA) but I found in retrospect I couldn’t quite fully commit. A second watch will resolve.

Guilty pleasure
‘The Accountant’ (Gavin O'Connor, 2016. USA) was probably the most guilty pleasure: it was half good and half crap and didn’t quite gel, but I can’t deny it was enjoyable nonetheless.