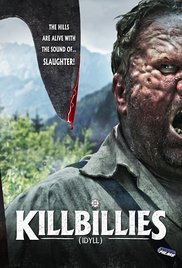 A model photoshoot in the rural vistas of Slovenia turns into a fight for survival when the privileged fashionistas meet the kill-happy moonshine folk. Yes, it’s that old staple of the comfortable and brattish stepping out where they don’t belong and getting their comeuppance – hey, you really shouldn’t leave home, kids – and there’s nothing new in that. If you’re thinking ‘The Texas Chainsaw Massacre’ or ‘The Hills Have Eyes’ and a hundred others, you wouldn’t be wrong. Like those titles, psychopathology is directly linked to physical ugliness, so you’re going to know the bad guys at a glance: ugly within and without.

However, this is decently done with the original moniker 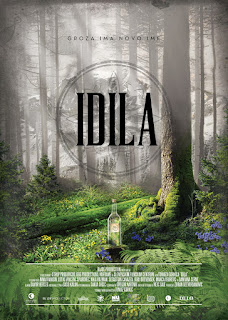 'Idila/Idyll' colouring in a slight subtext that the trashier English re-titling ‘Killbillies’ doesn’t have: namely, that in these holiday brochure surroundings, the worst goes on. The homemade brew distributed by the ugly family and beloved by locals seems to cause deformity and pathology. The characterisation and script are a notch above normal with decent performances. It’s bright and exhibits nice clean cinematography by Nejc Saje, has fun exaggerated make-up and clips through its routine at a brisk pace – it knows we’ve seen this before and doesn’t waste time being too stupid about it. Undemanding but fun, with just a twist of European sensibility to make it fresh enough. 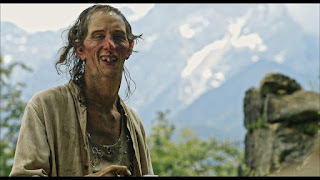