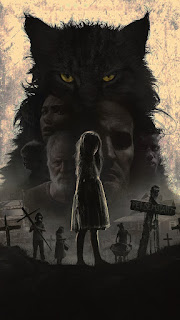 A generic loving family buy a huuugge piece of Stephen King real estate, which means their land also includes an old Indian Burial Ground that brings the dead back to life. Within minutes, they’re experiencing jump-scares – a passing foreshadowing truck – and are quickly alerted to the “Pet Sematary” when a procession of horror kids marches through their land for a burial. It seems the estate agent missed out mentioning the “semetary”. These horror kids wear creepy masks and are all over the trailer, but actually, once they have proven their worthiness as memes and Halloween dress code, they disappear from proceedings. The burial ground has a wall of fallen trees that looks just as fake as the “scary tree” from ‘The Conjuring’, and beyond this is where the true zombie-making dirt lies, in the immense misty swamp and Native Land beyond. 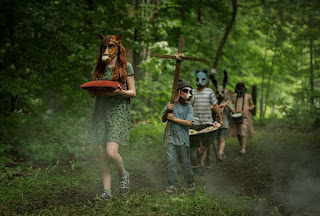 Another remake (surely “reboots” are for reviving old franchises?) of a middling favourite, but it seems redundant to complain when Horror has always been the most cannibalistic genre, constantly reviving and regurgitating old titles. The trailer is, in fact, one of those that tells you everything and kind of misleads at the same time. We know it’s not Gabe as the zombie-kid this time because of the trailer and the poster, so the fake-out in the film that puts him peril is made somewhat redundant. In fact, there’s an underlying feeling that the whole enterprise seems to be ticking points off instead of getting under the skin. It’s a fair distance from the condescension of the aforementioned ‘The Conjuring’, but it’s on the same post code. The theme of grieving-leading-to-horror doesn’t feel more than a trope being perfunctorily marked so we can get on with the horror set-pieces. The only truly chilling moment is the bath-time corpse staples, and that’s in the trailer anyhow. Oh, and also the final moment and its implication, even though any chills are subsequently blared out with a cover of The Ramones' ‘Pet Sematary’. 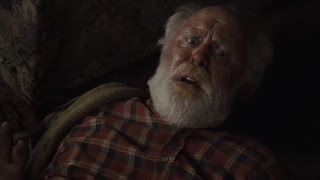 With a little more emphasis on theme the horror would have been deepened. This is how films like ‘Hereditary’ and ‘A Hole in the Ground’ create more resonance and praise. For example, the death of a student and Amy Seimetz’s flashbacks and visions of her dead sister are almost affecting but give way to just being horror jump-scares. Being brought back from the beyond apparently makes the dead – who are seemingly an interconnected resentful mass – metaphysical and homicidal and therefore potentially intriguing, but this avenue also gets stunted. For a spook-kid given a low horror-voice to angrily lament and goad, there is the sense that Jeté Lawrence is capable of far more and therefore underserved: Jeff Buhler’s screenplay seems to be giving her generic horror kid dialogue but Lawrence’s performance seems far more soulful and insidious. The adults are solid but unremarkable. (But Peter Bradshaw is more positive.) 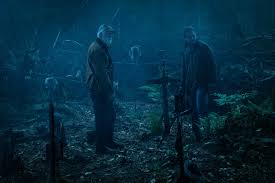 Kölsch and Wyndmeer’s previous film, ‘Starry Eyes’, is far more convincing in its psychology and, of course, there’s plenty of room to argue if Mary Lambert’s 1989 ‘Pet Sematary’ is better. There is a sense that a more troubling and vivid film is trying to emerge. And, just like King’s novel, it bails on truly expanding on the consequences of all this (it’s nasty but where does it go?). 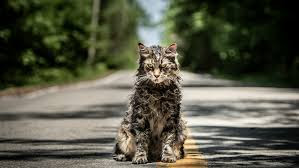