"Crack in the World" 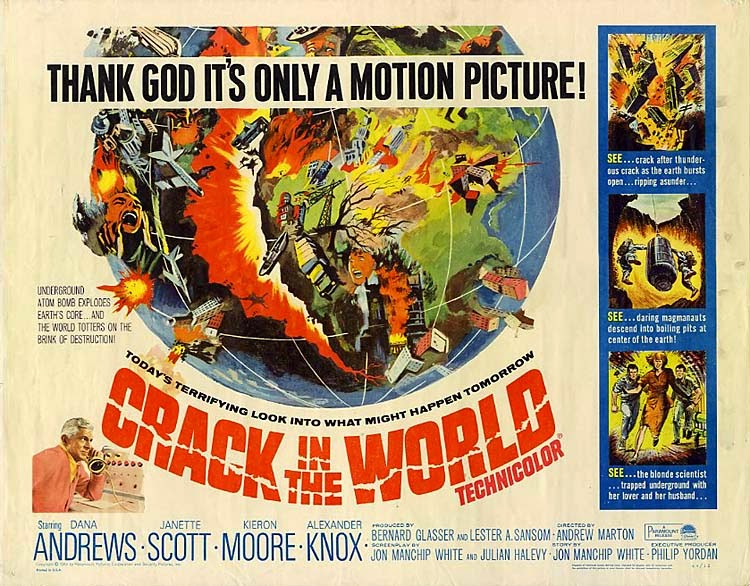 
Old-fashioned disaster flick with aging, cancer-ridden, over-ambitious scientist Dana Andrew’s plans to tap the Earth’s core for power resulting in the movie’s title. Desperate and deluded scientist Andrews foolishly still competes for his wife with a younger, equally ambitious ex-student Moore. The global crack runs parallel not only with his disease, but with these domestic troubles: personal and external frictions and frissures finally meet head-on so that the old man’s suppressed rage and cancer explode, sending his soul/life/delusions/guilt etc. spiralling into orbit as a serene second moon. 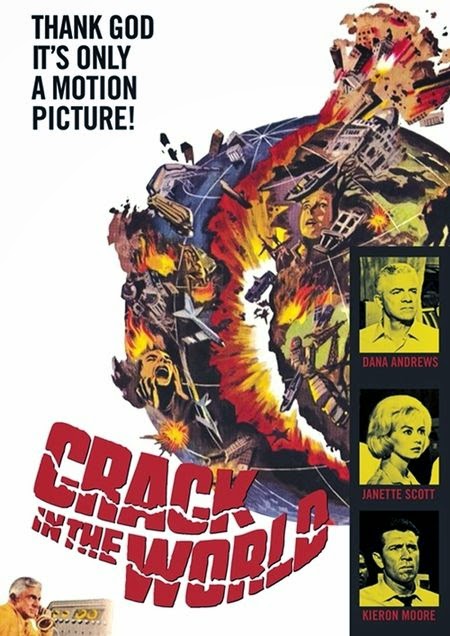 Ludicrous End of the World films have always enjoyed an eager audience keen to assuage their fear of headlines, hysterical and otherwise. Talky but lively, the cast try to give “Crack in the World” some emotional gravitas while dealing with science and disaster that, even to a layman, are self-evidently unconvincing. Namely, the end of the world as we know it surely would have arrived half-way through the running time. But the second-moon born in a new burning red world is a fair act of bravado and, finally, the implausibility of it all doesn’t quite hinder decent number of dramatic and special effects.
Posted by Buck Theorem at 10/24/2014

Labels: end of the world, science-fiction