Typical ghost story  enhanced by superior performances and realisation of the domestic. A little outshone at the time by the trend-setting the Sixth Sense, Koepp’s film delivers what all good ghost stories should: latent family anxieties brought to the surface by a supernatural presence with demands of its own. There are a host of films it reminds you of, most of which Koepp himself admits: 'The Dead Zone' for one and of course 'The Shining' for the other – the last hinted at not only by the psychic boy, but also his psychic black policeman pal, which is the plot’s almost literal dead end alley and least satisfying diversion. 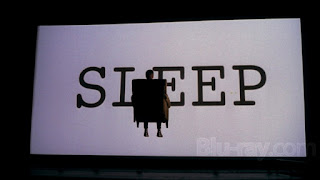 The supernatural elements are a little fuzzy in their rules – for example, why would the ghost become suddenly silent as Kevin Bacon sets off digging in the wrong places? Wouldn’t she become more agitated? And then, as soon as he starts digging, the film stops being scary and suspense convention takes over. The supernatural manifests itself as a feminine threat to this little family unit: only the males are receptive to it; only a female voice calls spookily-seductively to Jake out of the pool of ghostly whispering at the end.* 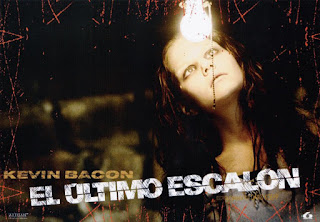 All the pluses lay with the acting, with a number of shocks, chills and the odd trance sequence providing the required genre thrills. Nothing new but agreeable nonetheless.

[*]        Originally, Koepp was going to end with the birth of the baby, and it would be clear that it too was psychic – if that baby had been male too, it would have increased the interpretation that the males are receptive to destructive forces – the sister studies and knows about it, but she is not psychic; she is also gay…
Posted by Buck Theorem at 3/28/2016