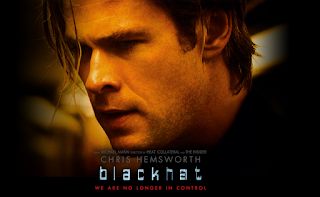 For all the digital sheen, Mann’s thriller runs on an old fashioned sense of character and narrative. Chris Helmsworth is the kind of criminal that reads in his jail cell whilst all hell is breaking loose outside (Foucault’s ‘Discipline and Punish’, by the way). And if we aren’t certain of his status as an anti-hero rather than villain, he later explains how he only steals from those that are big and faceless enough for it not to matter. He’s a cyber-thief, a genius with anything digital. A wiseass to authority. A hunk. And a peerless fighter. No, really. His former partner, who ended up on the right side of the law, convinces his superiors that Helmsworth is the one to help locate and stop a group of cyber-terrorists that seem capable of holding the world to ransom and committing crimes from afar with a keyboard which kills hundred and thousands. They globe-trot in search of these terrorists, Helmsworth proving adept and superior at each turn. It’s like ‘The Social Network’ meets James Bond. Sort of.

It all ends up in a showdown at a festival, presumably chosen for the amount of people that will be there: but here’s the thing, these characters simply could not be more conspicuous, walking right in the middle of the procession, walking against the flow. And when the bullets fly, well tough luck bystanders. Mann’s work has always been touched with a little of the ridiculous, and the thoughtlessness of this showdown – where spectacle obviously take precedent over logic – might cause unintended amusement from both the characters and the filmmakers. Wouldn’t a festival be exactly the locale the terrorists would choose? And what does that say about Helmsworth as a hero when he picks it? The macho posturing is a perhaps little less absurdist here (compared to, say, Mann’s ‘Heat’) - although you still get people standing and shooting into machine gunfire instead of taking cover - and it is all enjoyable enough, but ultimately it hardly leaves a mark because there’s something about it that seems unaware of any progress recently made in action thrillers. Or indeed it seems unaware of the cyber-financial age as a playground for a shift in macho posturing (ref. ‘The Social Network’, 'Steve Jobs', ‘The Big Short’, etc.) Even shots of a city looking like computer chips seem old hat. (And see what I did there?) 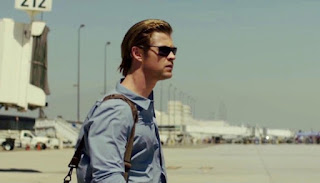