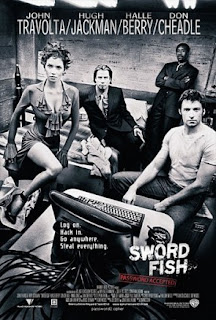 Despite ‘Swordfish’s opening call to arms, in which it attacks Hollywood for producing vacuous rubbish, the film really has nothing to say: it follows standard action formulae; its terrorist and conspiracy theories are worth only the space on the back of a matchbox. What is presented instead is a stream of action set-pieces: the opening shocker robbery; the mid-way car chase; the flying bus routine. That’s the undemanding thrill quote fulfilled, then. All these are executed with trendiness and slickness and incredible mass-destruction and grand unseen body-counts, and they create the necessary diversion from the very average plot. The film’s post-modern, self-reflexive quoting of films really provides little more than the idea that our bad guy has got all his terrorist set-pieces from other, better movies. But in the argument about Hollywood endings, ‘Swordfish’ concludes that an action audience actually really wants a mass murderer to escape. If they’re John Travolta, that is. 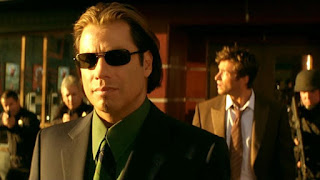