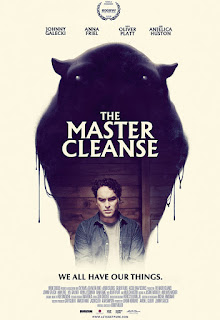 Socially awkward Paul (Johnny Galecki) goes to a self-help retreat where he discovers that all his negative traits are manifest into initially cute monsters. It’s like Cronenberg meets ‘Sesame Street’. I say ‘Sesame Street’ rather than ‘The Muppets’ because tthere is an agenda other than just humour and because there is a message here, an intent to illustrate human relationships and loneliness. Like ‘Eternal Sunshine of the Spotless Mind’ or ‘Being John Malkovich’, a fantastical conceit is used to puncture the human condition and although ‘The Master Cleanse’ may not be as devastating as those films, and even if its metaphors aren’t really that subtle, they still contain a forthright emotional charge. Kill your monsters or they will kill you. Think Todd Haynes’ ‘Safe’ by Michel Gondry perhaps, or ‘Scanners’ for the indie crowd that liked ‘The Lobster’. It is amiable, low key, well played and deceptively light of touch so that maybe, just maybe, it becomes genuinely affecting. 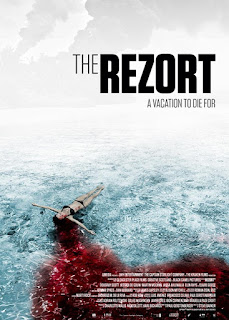 After a zombie apocalypse, there’s one island where the undead still walk to provide safari fun for those who want to vent on walking cadavers. Then, of course, the systems go down due to sabotage and all hell breaks loose. A decent entry in the zombie canon – yes, ‘Westword’… oh okay, ‘Jurassic Park’ with zombies – that doesn’t do anything new but keeps a breezy pace, looks as clean as a brochure and only rarely drops real clunkers (hey, who’s the real monster here?). It even finds room to give genuine pathos to the otherwise cartoonish annoying yoofs who are just along for a real-life first-person shooter. It makes the zombie outbreak a fast and brutal one - these are the kind of undead that run and swarm -  and remembers that this genre – as George Romero said from the start – is always for social commentary. 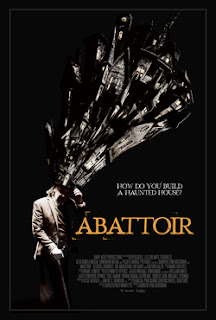 Someone’s stealing crime scenes. Entire rooms where murders were committed. Investigative reporter Julia (Jessica Lowndes) and toughnut cop Grady (Joe Anderson) are on the case in this mash-up of film noir and supernatural thrillers. Inspired by a comic serial, this blend doesn’t quite work here: the script isn’t vivid or cutting enough. I was talking to someone afterwards that said it should’ve gone the whole hog and set it in the Forties or something. Indeed, I can see a black-and-white, less modern version making more of an impression: as it is, there is a feel of dress-up to the whole thing. Nevertheless, Dayton Callie cuts an eerie figure as the procurer of murder scenes to build one gigantic haunted house. Unfortunately, its ghosts are all CGI swirl that undermine any creepiness otherwise achieved. CGI is just not uncanny enough; it just leaves a so-what feeling if there's no flair to it.  And the final scenes are to full of exposition to haunt. 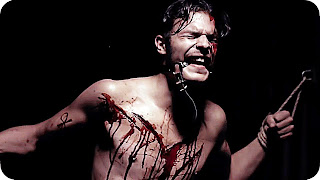 Re-make of the Herschell Gordon Lewis flick credited with starting the whole gorefest trend in horror. But it doesn’t even try to outdo the original in gore or mitigate its datedness by being smart. I mean, perhaps its castration etc is nasty for some, but you really need to up the ante if you’re remaking the granddaddy of splatter films. Rather, just as I couldn’t quite decide if it was just bad or deliberately hokey in a homage to Lewis, the audience started laughing openly at the bad dialogue and it all became enjoyable in an unintentional comedy sort-of way. 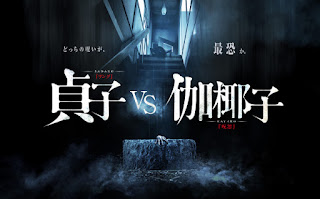 And the unintentional comedy vibe continued into this, a misguided merging of two independently creepy franchises. Oh how the audience laughed their way throughout, mostly at the dialogue and at moments that were meant to induce scares; whether at the professor saying, quite blasé, that two days to live is enough or at the spooks killing a bunch of trespassing kids. Maybe it’s intentionally stupid? Despite the title, this is Sadako’s film, really, as her haunted videotape wrecks havoc on a some students and paranormal dabblers. The deaths mostly provoked laughs in the audience until the over-the-top showdown (disappointing and not all that interesting) put paid to any subtlety and creepiness that were so integral to the originals. One of the worst of the weekend, but enjoyable enough with the right amused crowd. 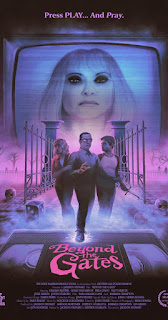 And more 80s horror homage. Of course it looks and sounds the part but there is also something pleasingly authentically “VHS era” about the restrictions of its budget showing through in the limitations of the story, in the roughness at the edges. This is low budget in feel and execution in all the right places so that it feels genuine. A couple of brothers (Chase Williamson and Graham Skipper) come together to clean out the legacy of their missing father, an old video store that is bound to make the audience of a certain age misty eyed with nostalgia. They find an old horror video game horror – you know, pop in the video as a guide to rolling the dice, etc – hosted by 80s horror icon and FrightFest favourite Barbara Crampton and before you can say “‘Jumanji’ for horror fans”, they’ve opened portals to other malevolent worlds. The performances are winningly modest, the script is nicely written and when the gore and prosthetics finally kick in, they don’t disappoint. Who would have thought the 80s would produce a wealth of good homages some decades on?