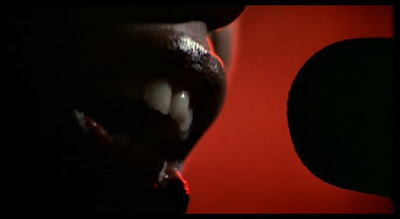 The first thing that you find when starting in on Walter’s Hill’s ‘ultimate’ version of "The Warriors" is that it is far from the incendiary, brutally realistic depiction of gang violence that its original riot-causing reputation might lead you to believe. The (online) sources tell a tale of extra security paid for by the film company to supervise theatre screenings, of outbreaks of gang violence at the cinema. Genuine gangs liked it, but apparently couldn’t stand sitting next to rivals to watch it. But this is hardly gritty, terrifying realism; it is probably not even as provocative as "A Clockwork Orange". What it is is far closer to "Sin City", "Creepshow" and "The Hulk" (Ang Lee) than "Romper Stomper", or "Gomorrah". The film freezes and becomes artwork; the artwork pulls back to reveal comic-book panels of scenes; there are wipes and titles that say "Meanwhile" that carry the narrative along. It is conceived as a comic-book come to life, and it is set in the near future. Sol Yurick’s source novel is apparently truly interested in exploring the desperate environment that creates gangs, but Hill moved onto something more fantastic when the studio would not consent to an all black and Hispanic cast. It is this, he believes, that induced him to make "The Warriors" futuristic which, like "A Clockwork Orange", makes more sense of all the crazy dressing up. The superficial details are not sci-fi, so it feels more like a variant New York reality. 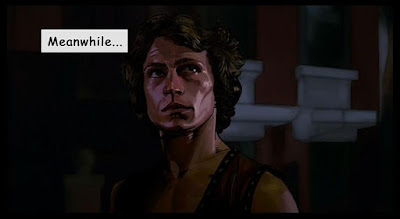 It has considerable cult cool, generated by a hip soundtrack that is both sinister synths (much like John Carpenter, courtesy of Barry De Vorzon) and funky soul cuts. It is hip from the variety and outrageousness of the gang costumes and tribal identities, courtesy of great work by costume designers Mary Ann Winston and Bobbie Mannix. It is hip from the smooth, unfussy direction and broody atmosphere, from the constant threat of trial-by-violence. Much of "The Warriors" longevity comes, like all good cult films, from its successful creation of an alternate reality with details that speak far beyond the immediate action. All those gangs, costumes and their history can be imagined and expanded upon by the audience. This is just the tip of the iceberg. For example, you can try out Rockstar Games’ 2005 tie-in beat-em-up role-player for "The Warriors", which is full of expanded character backstories - and a far more brutal, amoral and provocative experience than the original film. 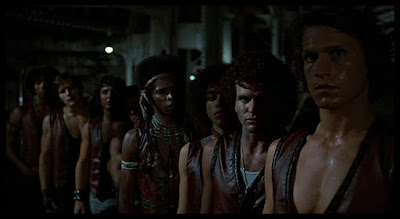 The gangland is the seemingly barren and endlessly nocturnal city, overwritten with graffiti and alleviated only by blocks of coloured neon reflections stretching down shiny asphalt. It is both flamboyant and noir-ish. Even when the sun comes up, it’s still possible to imagine as a place where shadows house silent gangs ready to take you down. Somewhere else in the city, where the police are presumably less brutal and loathsome, you might envision John Carpenter’s "Assault on Precinct 13" taking place.

Hill almost starts with what ought to be the grand finale, with all the gangs gathering in one place for a gigantic meeting of rivals. This pays great dividends: once The Warriors have been framed for the murder of Cyrus - (Roger Hill) a warlord who is trying to bring all the gangs together to run the city like some big funky "Can you dig it?!" kingpin (the common enemy: police & authority) - we can look forward with curiosity as to which oddball gang they will run into next. There is a similar trick, or possible influence, in Richard’s Price’s novel "The Wanderers" (1974), where on page two there is a list of gangs, all of which have defining characteristics (Wongs, Pharaohs, Del-Bombers, etc.) and all promising some nasty encounters. It is a novel that William Burroughs called "A deeply moving account of confused and spiritually underprivileged youth"*; and although "The Warriors" is not that film nor "Rebel Without A Cause", it doesn’t forget to shade its colourful characters with a little desperation and deprivation. The most celebrated touch is when the encounter between the beat-up Warriors and tagalong gang girl Mercy (Deborah Van Valkenburgh) and a group of bright white preppies becomes a silent bid for dignity. 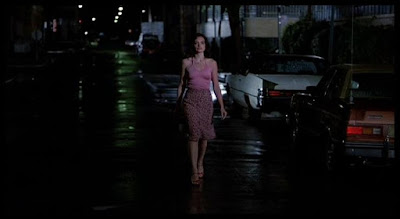 In enemy territory and with the whole city out for their blood, The Warriors try to make their way back to the beaches of Coney Island. This owes everything to the Greek tale of Anabasis, just as so many of the character names allude to all things classical and mythical. The structure is stripped down but carefully paced: after the opening show-piece, it’s the best part of an hour before the first real gang-on-gang punch-out occurs. Aside from confrontational Ajax (James Remar) and bare-chest outfits, The Warriors aren’t macho poseurs or pit-fighting lunkheads: rather, there is plenty of barely repressed anxiety and vulnerability on display, quietly played out between them, which evokes their need of gang identity for survival in a harsh urban wasteland. And then, come the end, Swan (Michael Beck) looks out across his home with unconcealed disdain. Walter Hill even sidesteps a showdown with The Rogues, even though they have raced to Coney Island especially to take down The Warriors. Rather, he allows the drama to round itself off without unnecessary grandstanding. It is a fine demonstration of how satisfying closure can be dramatically achieved without recourse to the standard punch-up felt needed to resolve so many action films.

Sleek, sparse and atmospheric, "The Warriors" has been adopted by the hip-hop community and outwards, and has generated its own long-term cult. An action film that manages to circumnavigate much of the obvious genre pitfalls, but at the same time still offers skinheads, post-Russ Meyer Siren-like lesbian crews, martial arts clans and baseball bat baddies. Moody, smart enough and thoroughly enjoyable. 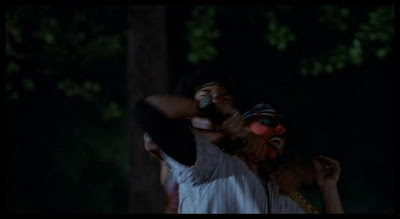 * This William Burroughs quote taken from the back cover of: Richard Price, "The Wanderers" (Bloomsbury Classic Reads; 2004 edition).
Posted by Buck Theorem at 5/30/2009