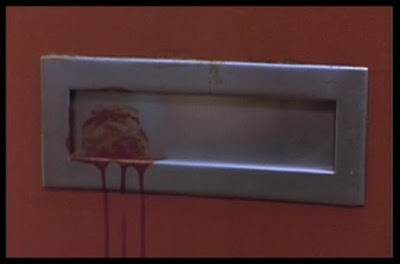 a.k.a: The Pararsite Murders; They Came From Within

The culmination of the themes begun by Cronenberg’s earlier "Stereo" (1969) and the rarely seen "Crimes of the Future" (1970). A sexually transmitted disease mutates people of all ages into rapists in the hi-tech Starliner complex, set on its own island. The visuals possess the prosaic gloss of brochures and style magazines, but the most striking colour motif is blood on un-glamorised flesh. Assured and controlled to a greater degree than the earlier films, and more so than the subsequent "Rabid" [1976], Cronenberg mixes the banal with sudden but equally matter-of-fact shocks from the outset: we begin with an advert for the complex which gives way to a girl in her late teens apparently about to be raped by an older man in one of the luxury apartments. The truth of the matter, when revealed, is just as horrible. Soon, it is apparent that a faeces-like creature has been created and let loose in the building, sliming its way around the rooms, turning everyone into carriers. The old man is a professor, who has experimenting with organ replacement and created these parasites which are "a mixture of aphrodisiac and venereal disease"[1].

The apocalyptic vision that defined much of Seventies horror and science fiction is here merged with the possession theme and turned inward: Cronenberg’s vision is a sexual apocalypse where man cannot help himself, where he has little control or defense against his body, its desires or its mutations. As a visionary, Cronenberg has proved daring, pioneering and singular but increasingly accessible; he is a true auteur. Decades later and his early films would all be seen in the context of fear of A.I.D.S. and promiscuity. His sense of both horror and the domestic, and where the two overlap, is always both clinical and essentially humane, not to mention black-humoured. Comparisons with "Crash" (1996) - Cronenberg’s later assault on the shine of a car-fetishising culture - shows how fearless and sharp his analytical, objective style has consistently been. Any budgetary restrictions and patchy scripting is often overcome by an obvious intellect and allegory (which is perhaps why the British censors passed "Shivers" uncut). In this way, Cronenberg is also able to create scenes dealing with husband-wife rape, incest, predatory homosexuals, child carriers and afflicted elders without prejudice: the sexual holocaust shows no preference. 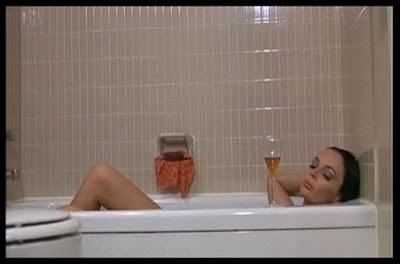 A more experienced Cronenberg would have matched the Bright New World of the complex with sleeker cinematography and camerawork. "Shivers" has no showy camerawork, but the sudden shocks are upstaged only by Cronenberg’s ability to turn everyday orifices into deadly threats, from letterboxes and plugholes to ajar elevator doors. Likewise, he underplays how Hampton’s doctor turns into a pragmatic killer without the slightest hesitation: he is simply a man of medicine trying to destroy a virus. Society’s gloss and alienation barely suppresses the violence and sexuality of ordinary people; the clinical succumbs to the visceral and primal, creating a sexualised zombie plague.

This is Cronenberg’s "Night of the Living Dead" [1968], but the threat is manifested from within, trying to get out, right down to the cars leaving the underground car park of the phallic complex. A venereal "Invasion of the Bodysnatchers". Peter Nichols calls the film part of Cronenberg’s "bizarre cinema of disgust" and a deeply black comedy, and it is probably so that Cronenberg’s earlier work ventured clearly into such uncharted territory that only some of the audience would respond to. "Shivers" was badly received upon release. This merging of evident intellect and out-right horror convention is probably what dumbfounded many critics: or, as Kim Newman puts it, "Shivers" seems like the director’s reaction to his seriously cerebral earlier experimental films, so that "‘Shivers’ is so unswervingly gripping that rational thought is impossible." [2] Certainly, there is an accumulation of action typical of horror - a sort of "The Andromeda Strain" (1971) meets "Dawn of the Dead" (1979) - but the allegory justifies such cinema of transgression and achieves uncomfortable insight that other genres can only dream about. "Rabid", ultimately, can only end up seeming a lesser sequel to this initial, fierce vision. 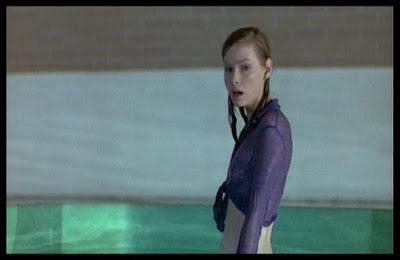