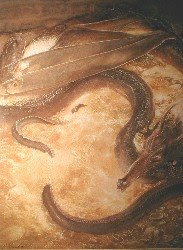 Tolkien's "The Hobbit"... and political, moral and heroic landscapes.
*


~1~
Tolkien’s classic children’s novel "The Hobbit" (1937) was initially written for his son, who proofread it for pocket money, and eventually paved way for the literary monolith that is "The Lord of the Rings." Although Tolkien himself disliked metaphor and analogy ~ although Jungian interpretation would argue that it matters not whether the author is conscious of symbolism and meaning, that it is there anyhow ~ the political undercurrents and horror of warfare is never far from the story, although never interfering with the elements of adventure and great quest. Simply, in the face of conflict, of apocalypse and devastation of war, Tolkien’s argument is for negotiation, sharing, compromise and democracy. All these features are combined in the famous Hobbit, Bilbo. 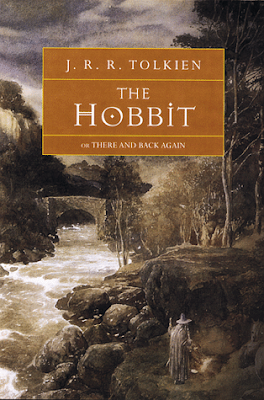 Bilbo is a diminutive, hermetic persona, both physically and psychologically, and somewhat subservient to the duties of politeness ~ as when the dwarves arrive for dinner unannounced and he is unable to turn them away ~ and exhibiting a small-town sensibility. As a child reader surrogate Bilbo, as in most fairy tales, develops awareness and adult skills by embarking upon a great odyssey. It is the tale of naïve, home-loving and home-safe character being thrown by force into the trials and terrors of the outside world. Bilbo becomes an anti-hero, in that he himself is less than traditionally heroic ~ like Beorn and Bard. His heroism take two forms: firstly, that he rises to the occasion when needed, whether it be stealing from Smaug the dragon or fighting the giant spiders to save the dwarves; secondly, that he is also the advocate of political diplomacy, which he demonstrates in attempting to undermine Thorin’s stubborn greed by negotiating with the elves over Smaug’s treasure hoard. If Gandalf represents an almost absent but ever-present governance, then Biblo is the active politician and diplomat.


In this way, Tolkien has Biblo act as a moderated symbol of heroism, but heroism built from necessity rather than Classic conventions, and one that point towards a democratic sensibility. Bilbo possesses elements of parody of Classic Heroism whilst simultaneously earning them through deed and compromise. Compare with Smaug or Thorin, who express selfishness, greed and foolhardy excesses of stubborn pride, and who both meet bad ends. With his best intentions being for the greater good rather than just the fortune of one race, Bilbo wins on all fronts. 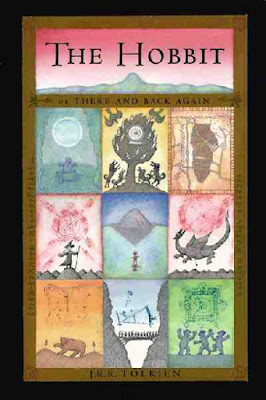 ~2~
There is also Smaug, a vain creature of mass destruction, sat atop the hoards of gold and treasure gained from his decimation of towns and peoples: Smaug is a full-blooded metaphor and symbol for the greed of genocide; for wealth, power and mass-slaughter just for the profit. As to the further symbolism that has been foisted upon The Ring ~ widely compared to Atomic and Nuclear power, symbolism which Tolkien actively disapproved of ~ but surely the meaning is wider than that direct comparison. Rather, the One Ring embodies all the terrible burden of life, of trying to do right, of conscience, of the temptation of power and corruption, of selfish gain and thought. It seduces preys on the weaknesses of all, on selfish sensibilities, debasing their good motivations. And it also represents any means or weapon of mass destruction ~ surely no matter what size. The will to do harm, the uncontrolled anger and violence that the Ring represents is what is so terrifying - and only the meekness and innate goodness of (child-like) Hobbit creatures Bilbo and Frodo can wrestle with its allure. Even the mighty Gandalf will not trust himself, it seems…


If we accept that fictional characters operate from a Good and Bad internal dichotomy ~ rather than shades of grey ~ and that this lays not within a religious realm but a "moral" one [1], then morality can be achieved by adhering to Good intentions whilst acknowledging the temptation of the Bad (e.g. The Ring). "The good self is the self which is identified with, and takes pleasure in, the morally good; which is interested in and is bound up with pursuits, activities, in a word, with ends that realise the good will," writes F.H. Bradley [2]. It is an active, conscious process. Comparatively, Bradley states that: "The bad self can not as such be self-conscious; if it were so, it would realise the ideal of a self-conscious collection." [3]. If to be Bad is to lack a self-awareness, it is perhaps then relevant that invisibility, a kind of self-denial, is the initial power of the Ring. Of course all this moral talk must acknowledge the grey realm between the Good and the Bad, and that even the Bad are often self-aware, but bear no adherence to the actions that create the Good. Smaug and Orcs cannot be said to be self-conscious, but Saramon is surely more than aware of his ambitions for power, perhaps derived from some unknown quantity of self-hatred and desire for status. 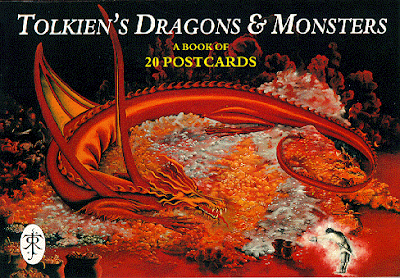 ~3~
It is possible to see The Ring as a symbol of the onset of the industrial and technological advances that will challenge of the oral cultures and fairy-tale form that Tolkien develops. But in some senses, he was wrong to be so pessimistic ~ the bedtime fairy tale has not lost entirely to the TV set. "Harry Potter" alone stands as testimony that full-blooded and increasingly complex fantasy can still capture cultural imagination, albeit - that a film adaptation will inevitably follow also. "The Lord of the Rings" prose fans are still happily fanatical, and it is not hard so to find someone that reads it annually. In a sense, "The Hobbit" is still seen as a younger-minded precursor to the major epic. And what does the young reader take from Biblo’s adventure - apart from the spirit of adventure itself? A tale that says the scary outside world can be advanced upon and fought with; one that suggests a complex multi-cultural and therefore politicised (fantasy) landscape; the idea that open-mindedness and positive action, goodwill and negotiation will provide the best way forward and prevent all bloodshed. And that to actively prevent bloodshed, in and of itself, is the goal of the Good. There is no real arguments for pre-emptive action here. Like the best fiction for the young, "The Hobbit" provides adult themes and contexts without the audience barely noticing; he never lets it interfere with the adventure ~ and yet never allows the need for adventure to undermine his more ponderous concerns with responsibility, loneliness, bonding and almost casual heroism.


[1] My definition: "moral" being the creation and agreement of behaviour that is positive and enlightened. I am reading Tolkien as trying for something greater than Good and Evil, sidestepping religious allegory and motivation (the kind he disliked in C.S. Lewis' "Narnia" series), hence my preferred use of Good and Bad.
[2] F.H. Bradley, "Ethical Studies," Oxford University Press, 1876, 2nd edition [1962] pg. 305
[3] F.H. Bradley, ibid.
Posted by Buck Theorem at 6/17/2009

Labels: books, fantasy, The Hobbit, The Lord of the Rings