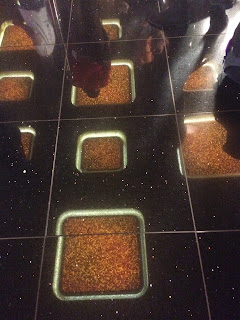 HELL IS WHERE THE HOME IS 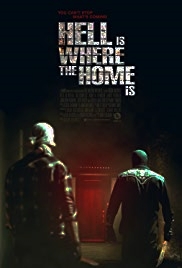 Beneath the clunky title is a reasonable minor thriller with enough suspense and slickness to keep interest. The programme says, “Two dysfunctional couples rent a modern luxury desert home for the weekend hoping to sort out their messed-up lives.” You see, that’s your problem right there: “a modern luxury desert home”, remotely located, plus you’re “dysfunctional” – that’s just asking for trouble. The film takes its time setting up its inner threat, laying out the domestic strife and prioritising characterisation so more context is given before the trouble starts. Then potential trouble knocks on the door in the shape of a woman who has broken down and just needs to use the phone. This gets their paranoia going and this is the film’s best sequence. Then there’s the external threat breaking in – the home invasion – and this is swift and, refreshingly, doesn’t linger to let bad dialogue rise to the surface. On the down side, the bad guys here are quite intriguing but this is never really satisfied; but maybe they are inriguing because they are given minimal time. It’s a crime thriller more than a slasher, which makes it a little different in current company. It’s decent and well executed with enough twists to keep things on edge, but it’s unlikely to greatly trouble you much afterwards. 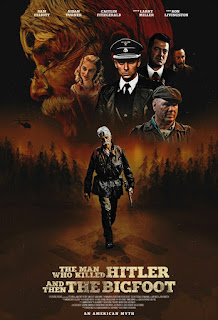 THE MAN WHO KILLED HITLER AND THEN THE BIG FOOT

With a title like that like that, I was expecting something more along the lines of ‘Puppet Master’ or ‘Frankenstein’s Army’, but then in the introduction the cast and crew started namedropping John Sayles and composer Joe Kraemer started citing John Willaims as an idol, which meant I quickly reassessed my expectations. Someone said this was like an episode of Spielberg’s ‘Amazing Stories’ and that’s certainly a fair comparison.

Sam Elliot is the eponymous Calvin Barr, trying to live humbly as real American heroes who have killed the poster boy for fascism are prone to do. This part of the film is all about old age and that Elliot is great goes without saying. Aiden Turner plays Barr as a younger man, killing Hitler: a touch of spy gadgetry is fun and the romantic subplot is the kind that harks to bubblegum romance. We're American myth-making again. The film has a big streak of nostalgia, the kind that starts to coagulate early as this is all about former peaks in life and waning in old age.

Then, as an old man, Barr is approached to kill The Big Foot as it’s causing an illness that might spread throughout mankind, or at least America. As a fabulation, it’s an agreeably oddball conceit that swaps potential fun for earnestness. By the end, you may be moved or feel smothered with Kraemer’s score and the soft hues for its insistence on being emotional. 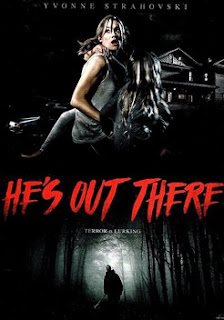 A somewhat by-the-numbers slasher when a family go to their secluded holiday home – you see, there’s your problem… - unaware that they have been watched there over the years by someone in the woods who is now ready to unleash his craziness. There are fairy-tale trimmings all the way through with a read thread guiding protagonists through the trees and whatnot, but this is just the kind of window-dressing that isn’t half as poignant as it thinks: that fairy-tales are kindred spirits to horror is old, old news. Its most risqué feature is putting two young girls in constant threat, but only in a TV Movie thriller way. It’s fluid and nicely filmed, but with only bland characters to root for against a mask-wearing maniac, there isn’t so much to get to grips with. 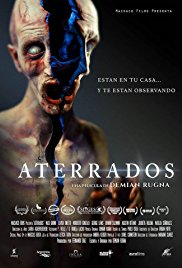 You see, the thing I do like about ‘The Grudge’ series is that its premise is just an excuse for a series of scary set-pieces; it’s not so concerned with causes and resolution. There’s some of that to Rugna’s ‘Terrified’ with an entire neighbourhood suddenly suffering from malicious supernatural phenomena. Two paranormal investigators come to sort things out, but really they do nothing except get frightened – and that’s all good. In the paranormal investigation arena, it isn’t insultingly po-faced or obsessed with itself as ‘The Conjuring’ but just gets on with its scares. In the face of true supernatural force, what good would investigators actually do when there is no plot-convenience and a deux ex machina to resolve things? No, more importantly ‘Terrified’ concentrates on the scares. Oh, and there are plenty. And if you’re not unnerved, there’s plenty of creepiness. 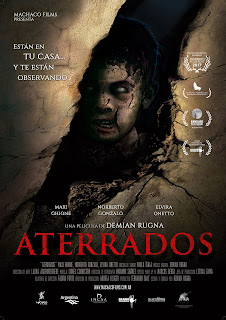 The man under the bed/in the closet is unlikely to be forgettable. But it’s the boy corpse at the dinner table - just sat there in broad daylight - that I won’t be able to shake. An example of how well-known scares can still pack a punch when done correctly and with flare, with cutting away just at the right moment and perhaps lingering a little too long at times. All it’s interested in is a neighbourhood under siege by horror set pieces. ‘Terrified’ provides lots of fun in being a showcase for the genuinely unsettling. 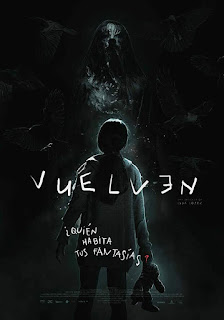 TIGERS ARE NOT AFRAID

It’s hard to think that this film, which has been so warmly received and whose worth and skill are obvious, had such trouble getting accepted, but that’s the story López tells. No one wanted it. But it was apparently taken under FrightFest’s wing and now it’s blooming. It came frontloaded with such a reputation that I dashed from ‘Terrified’ to the Predator statue at the top of The Empire’s stairs to queue for passholder tickets (I was second in line and got the very last ticket for the screening at The Prince Charles cinema). It’s easy to see where its emotional clout comes from as it’s based in the truth of street orphans in Mexico. There is a long history of coming-of-age cinema crossing over with horror – ‘The Secret of the Beehive’, ‘Celia’, ‘Class Trip’… oh, too many to mention – but the obvious reference is Guillermo del Toro in its particular mix of brutal realism and escapist fantasy, harsh truths mitigated with magic realism. Murder and dead kids mix with ghosts, animated toy bears and graffiti coming alive, for example. When her mother goes missing, abducted by the ruthless Huascas, a trail of blood follows Estrella (Paola Lara) everywhere – and indeed, she does seem to get people killed – and she falls in with a street gang for survival. The ostensible leader of this gang is the diminutive but determined Shine (Juan Ramón López) who is both threatened and fascinated by Estrella. When he pickpockets a mobile phone and a gun from one of the Huascas, a fatal run-in with the gang seems assured. 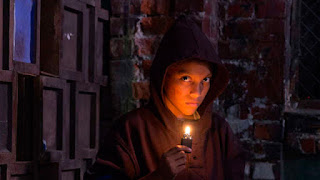 The kids are hunted and ignored and not even acknowledged except as victims by this underworld. There will be no adult help or protection. Despite this merciless context, the kids still find time to believe in wishes and find moments of fun. It’s so good that you won’t really won’t really care that the phone seems to stay charged by the power of narrative, or why the Huascas are so worried about it when the police really don’t want to anything to do with it. Or why the kids don’t just turn it off at important moments. Yet it’s only in the last act that the balance seems to tilt to insistence on magic realism at the expense of some obvious character motivation and behaviour; like Del Toro, ‘Tigers are not Afraid’ uses horror for sentiment that eventually forgoes reflection for escapism. Nevertheless, there is no doubt López has produced something affecting and unforgettable. 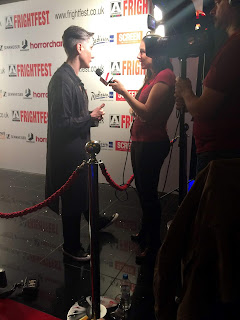 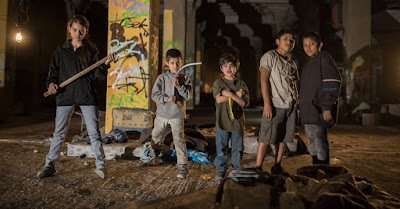 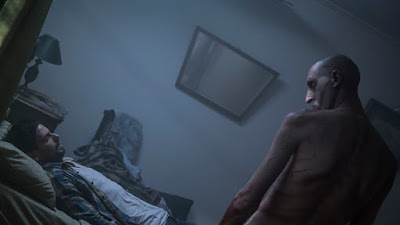 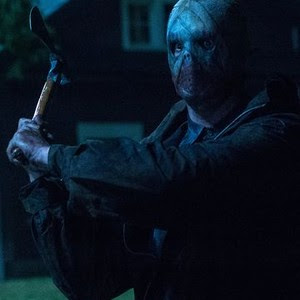