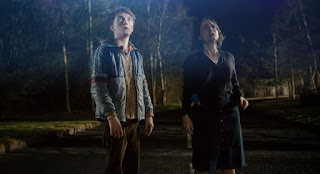 Out in rural America (actually Yorkshire standing in for Philadelphia), a house outside of town is experiencing weird going-ons and lights in the sky. This is on top of the fact that the family is just commemorating that it was one year ago that their youngest member, an 8 year-old daughter, went missing. There’s a reasonably engrossing family dynamic which is quickly established so that most of the film is a lot of weird lights and happenings and people looking nervously into space, waiting to see what comes next. This is the best section, with Strathie showing his obvious debt to ‘Close Encounters of the Third Kind’. Then it gets all ‘Interstellar’. But there is a sense that each point is being belaboured, that there is much padding. The ending depends upon how much you accept aliens as angel substitutes and how much you believe they would spend their resources on the concerns of a single nondescript rural family. 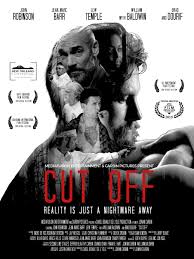 It’s a race-against-time against a nefarious serial killer. The film has the kind of nemesis that does everything in riddles and the most convoluted fashion, leaving clues inside cadavers and just hoping our hapless protagonist Coroner finds and follows them all. Meanwhile, on an island isolated by a storm, there’s a woman running from an abusive ex-boyfriend that just needs to get involved with this killer’s case to toughen her up (and we know she’s now a fully-fledged rebel when she defiantly smokes in a hospital in conclusion). As far as the coroner is concerned, he’s got a bit of a temper and is a bit estranged from his daughter, but all he needs is for her to be abducted and subjected to a sadistic rapist so that he an prove his love and they can bond again.

It’s fast and full of crazy clues and solutions – judging from laughter, some of the audience seemed to draw a line at the idea of a car crash used to summon a helicopter – but it is, as such thrillers are wont to be, a little too earnest instead of enjoying an air of the absurd, which this so clearly is. A red flag goes up when this rollercoaster nonsense-thriller is underpinned by very nasty rape, but it just pulls back from capsizing the film. I overheard plenty of people enjoying this far more than I did, and that appeared to be the consensus. It’s slick but more self-awareness would have made it more fun to me. 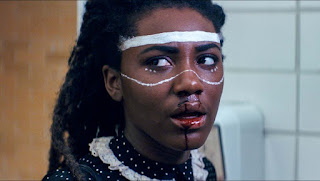 Reeder’s mood piece has obvious antecedents – ‘Heathers’, ‘River’s Edge’,  all those films that were the flipside of John Hughes, and moving on through Clark’s ‘Kids’, 'Mean Girls' etc – but it has the air of trying a bit too hard and obviously. A drum majorette goes missing and the fallout reveals town secrets and sardonic one-liners. It doesn’t revel in its pop-narcissism like  the faintly obnoxious‘Tragedy Girls’, but it doesn’t quite find the cadence that makes it all flow. It falls short of the kind of dreaminess of Coppola’s ‘The Virgin Suicides’. It’s all wry teenagers – falling between the grating and the charming, so that feels correct – and the adults are all hysterical women and inappropriate men. Colourful, nicely filmed, but a little inert. 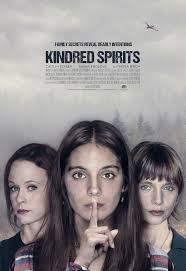 There are a lot of casually strong female characters throughout FrightFest this year and this provided a wealth of great performances, not least in Lucky McKee’s standard Viper in the Nest tale. Chloe’s (Thora Birch) sister Sadie (Caitlin Stasey) returns after inexplicably disappearing for a while, and her daughter (Sasha Frovola) is besotted. But Sadie is troubled and manipulative and soon causing discord. Sivertson’s script doesn’t feel the need to give reasons or motivation and that probably spares us some clichés, going through the tropes cleanly and agreeably, but heading to a dashed ending. It’s the three leads that elevate this. 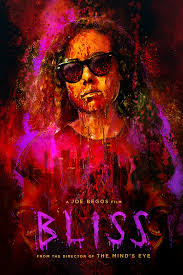 And not for the first time this FrightFest will I realise that I am so lucky hearing a film on such a loud and first class sound system* (this is an IMAX screen, after all). Begos’ ‘Bliss’ is on that Hard Rock end of horror, and it’s punky, low-budget, hallucinatory feel is arguably the most visceral of the Main Screen festival (although ‘Daniel Isn’t Real’ is a close runner-up).

Dora Madison is a painter suffering badly from creative block, and so turns to her dirtbag friends to indulge in drugs and sex for diversion, which leads to vampirism which is good for the creative juices but totally destructive. Although too many films lapse into frantic and incomprehensible editing, here it helps create the feel of things unravelling. Don’t be surprised if your memory of the edits is just a blur of red. The theme of An Artist Makes a Devil’s Bargain is an antiquated one, but here it’s layered with vampirism, loud guitars and grubby studios that remind of (and I wasn’t the only one to note this) Ferrara’s ‘Driller Killer’. Turn the volume up and let the assault on the senses immerse you. It bit like staring at a metal cover with the stereo at maximum. Madison is another of the festival’s litany of great female performances. A real trip.

• I first realised this after having seen/heard ‘Climax’ here at Empire Leicester Square last year and then again at another cinema with an inferior sound system. At the Empire, as characters moved away from the main hall, you could still feel those bass notes coming from the other room; in a lesser cinema you could hear it, but it didn’t feel so much at the root of things. Watch it with headphones, folks. 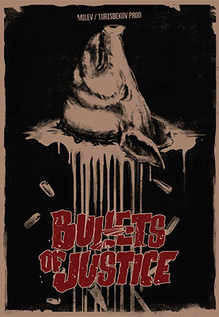 Well, within ten minutes you have jet-packing pig assassins, so the gung-ho exploitation aesthetic is strong. After World War III, pig people – Muzzles – rule the world rather than apes. The humans are just food for the porcine overlords, but naturally there’s a small incestuous and kick-ass group of human rebels trying to fight back. The WTF standard is pretty consistent, capturing an anything-goes comic book attitude with a healthy and funny dose of genre satire – impressive on this budget. It’s fun to see a film so wantonly throwing random ideas together and good taste out the window, although the editing is a little too frantic for its own good. Inevitably, it runs out of steam and descends into unintelligible goop by the end, but it stays fascinating and on its own outrageous course until the disco-tinged finale. Whether it’s good is probably beside the point, but it’s commendable for being unruly – perhaps to a fault – and much of the satire and pastiche of bad action films is a riot. 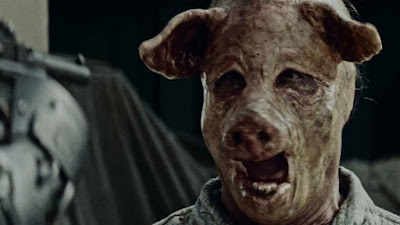