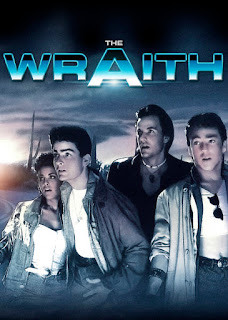 The power of Eighties genre is strong in this one. Certainly, when I first saw it back then I am sure it made more sense. 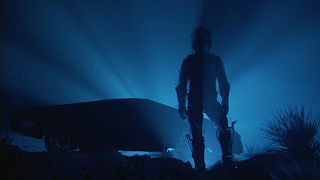 Nick Cassavetes is Packard, the kind of bad guy that Steve Martin parodied so well in ‘Little Shop of Horrors’. Packard heads the kind of gang that’s wandered off of a Troma film but wants to be in ‘Mad Max’. Oh, there is some ripe acting and David Sherrill and Jamie Bozian as Skank and Gutterboy are often embarrassing… but they aren’t out-of-place and they do inject WTF? energy to the somewhat lightly sketched proceedings. My favourite moment is when police officer seems to interrupt two of the gang apparently having a finger pointing contest. And speaking of squirm-inducing: the soundtrack is quite a weak selection of Eighties pop-rock. Except for Robert Palmer and Billy Idol, because I have a soft spot for them. 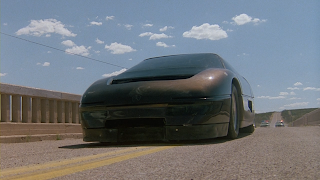 Anyway, you see, this gang has killed the boyfriend of the girl that Packard has designs on which sets off a vengeful spirit light show.


It doesn’t make much sense – vengeful ghost comes back in flashes of Eighties sci-fi light effects to race his murders … to the death! In a hot black car! The spirit rides a motorbike in his civilian guise, perhaps to throw off the suspicious that he actually has a regenerating killer car. He often comes with his own back-lighting, going a bit ‘Guyver’ at one moment and straddles the line between supernatural and science-fiction for no reason at all. 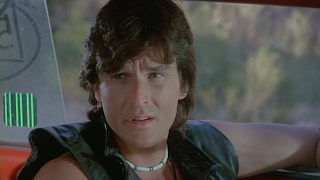 And his girlfriend (Sherilyn Fenn) – who really seems clueless and quite unaffected by his murder – falls for him all over again, despite him coming back as Charlie Sheen. He eventually mentions it, having completed his vengeance, as if he’s revealing he can actually stay the night after all, but she’s unphased. Didn’t she wonder about the notable scars all over him? In the end, he does what the bad guy wanted to do and just whisks her off apparently for an eternal roadtrip of love.


There's nice blue lighting, a freewheeling youth vibe by the water, the general goofiness doesn't quite gel with the murder backstory, no one seems to think too much - in fact, Packard's conflict that he can only only get Keri by bullying makes him the most coloured-in character in this jambooree of Eightiesness. It's enjoyably of its time and ripe stuff for those that want to chortle at the aesthetics of a different era. Requirements to be “good” are not expected. 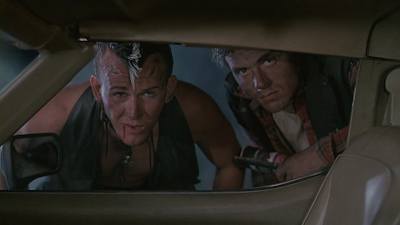 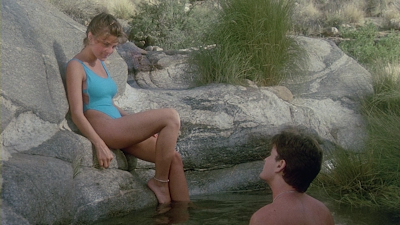 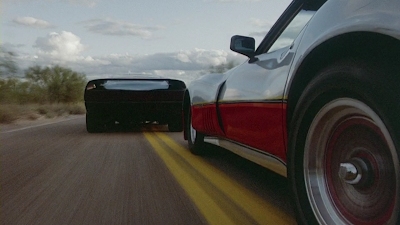 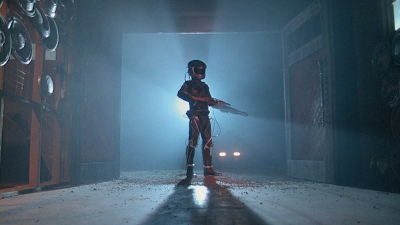