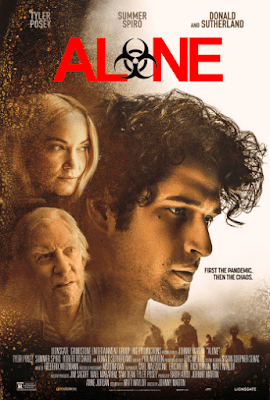 Johnny Martin’s remake of Il Chos’ ‘#Alive/#Saraitda’. But with Americanisation, most of the quirky and goofy angles have been smoothed off and the zombie apocalypse is just an excuse for our isolated protagonist to Meet Cute with the woman across the way. With no competition to speak of, things are a sure bet for him. He’s seemingly a bit narcissistic as well, so there’s the added bonus that the end of civilisation allows for a bit of self-improvement too (from coward to action hero being dominant). There’s a bit of clunkiness to the South Korean protagonist in the original (I’m a Ah-in Yoo fan) that adds a little individuality to an otherwise fairly average scenario, but in ‘Final Days’, when Tyler Posey is losing it (but he will still talk to himself so the audience knows his plans), he just looks designer handsome haggard; and Summer Spiro hardly looks troubled by all the death and destruction at all. There’s very little zombie nastiness because it’s not about that, although the characters do try to go all ‘Oldboy’. corridor scene at one point. ‘The Night Eats the World’ is a far bolder articulation of this premise. Things are given class with a cameo by Donald Sutherland, but it’s all a bit average. 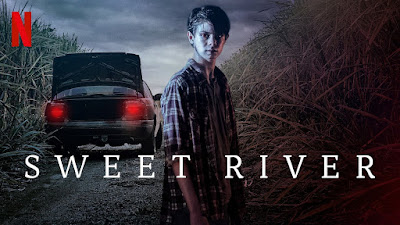 Ghosts have always been explorations of unending grief and guilt and barely repressed Secrets Of The Past In The Present, both personal and social, and they’re all that here. It’s pleasant to see the trope of spooky children’s laughter being met here with the gruff no-nonsense Aussie “Oy?!” And that’s emblematic of some friction between the engrossing and naturalist social milieu on display and the fact that ghosts are rendered in far more tropey fashion. However, Lisa Kay puts in the mileage as a woman returning to the town where her young son was murdered to search for the body, grief making her belligerent, and the evocation of a town devasted by tragedy is rich and compelling. As soon as someone says that “this has to come to a stop”, you know you’re in the realm of town secrets, and the town’s story and performances are strong enough to lift this above it’s more obvious elements.

Kate Hamish’s ‘The Fox’ starts off with bedtime stories and promises of ghostly or monster doings, but it isn’t quite that. Rather, Hamish uses tropes to hide and then expose the shattering of a family. It’s most distinctive in its setting South East Asian horror with Australian context. Nicely filmed, it pleasingly swerves this way and that to its revelations.

Pavlov Sifakis’ ‘Ecdysis’ is nothing if not ambitious: as the Grimmfest synopsis says of this zombie short, “Profiteering from a pandemic, using it to trample over human rights and freedoms, and sacrificing public wellbeing to keep the wheels of capitalism rolling ever more efficiently... Who could ever imagine a government doing anything like that? It's like something out of a horror movie...” Certainly, real-world comparisons and context give it a kick, but such scope doesn’t quite fit comfortably in its short runtime.