Slow down... there's something to see. (Scorsese and visual literacy)

Martin Scorsese: "We’re face to face with images all the time in a way that we never have been before. And that’s why I believe we need to stress visual literacy in our schools. Young people need to understand that not all images are there to be consumed like fast food and then forgotten—we need to educate them to understand the difference between moving images that engage their humanity and their intelligence, and moving images that are just selling them something." 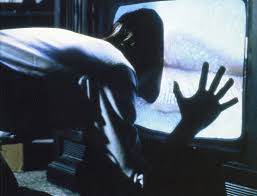 When I do watch contemporary adverts and film trailers (I don't really make a habit of that), I am often left thinking, "What the hell am I even watching? What does that even mean? What on earth am I being sold?" I think Scorsese is hitting on the problem: a new generation of image-makers who conflate cinematic and advertising imagery and editing until a particular incomprehensibility is obtained. Somewhere, narrative, pacing, meaning and humanity is being missed. But that's when I am being turned off and pissed off by commercials and trailers and mainstream television and doesn't affect the main meat of what I watch. But I do avoid TV generally (I wait for the box sets if I like something). There's just so much of everything available all the time now that, well, of course the nature and consumption of imagery will be affected. Me? I hate that thing where an image barely lasts a second... with that kind of editing you aren't really seeing anything. Then it fades to black for two seconds for poignancy.
Posted by Buck Theorem at 8/06/2013