The Girl with all the Gifts 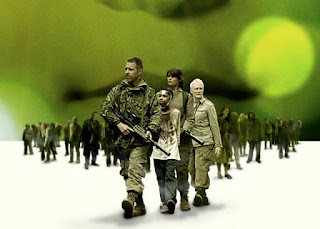 Yes, so zombies are everywhere in a way that I am sure we never quite imagined when ‘I walked with a Zombie’ (1943) was a thing. When they announced that ‘The Walking Dead’ was going to be a TV series, I could hardly believe it as the comic was quite uncompromising. But they did and it was more ‘hardcore horror’, shall we say, than I ever imagined they would allow. Of course, it’s old news now and zombies are everywhere, providing backdrops for romcoms like ‘Zombieland’ and ‘Life After Beth’ and so on. So, yes, there is that demand to do something new with the premise in a way that perhaps isn’t asked so much of with other monsters. It is perhaps because zombies can be more of a blank slate upon which various themes can be imposed, that are more about the abstract mob than the individual.

‘The Girl With All the Gifts’ has a great slow-burn opening, which is even better if you know very little about the premise.1 Then the zombie stuff is unleashed in a pleasing attack set piece that totally blows the preceding sinister quietness in one big go. The film never quite manages to get that anticipation back again but compensates by moving into eco-horror: the zombies are caused by a fungal virus which provides some striking vistas of London covered in foliage in a way that harks at nuclear disaster sites like Chernobyl that have since been claimed by nature. It not only reminds of the visions of John Wyndham but of the kind of apocalyptic vision of London that has always featured so strongly in Dr Who and in the Quatermass thrillers. Of course, as we’re talking devastated London and a zombie infection, one is legally obliged to mention ‘28 Days Later’ as well. 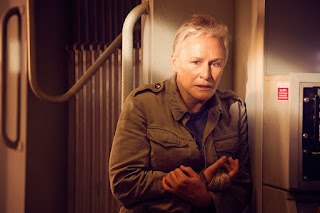 And then Mike Carey – adapting from his book – throws in a little ‘Lord of the Flies’ and it is perhaps this focus on the effects on the young, harking on evolution, that has many commentators asking about whether this is based on a Young Adult novel, and people saying it’s like Young Adult fiction as if that is a disparagement. True there is the ‘Chosen One’ trope typical of that genre, signalled in the very title, but it surely also comes from a tonal thing and this being a zombie film of ideas rather than hardcore gore and perhaps that shift from the latter makes it seem soft. The other accusations that are around are those of “gurning” and “amateur dramatics”, and it’s true that some moments are a little rough in the acting department. For example, the film never quite sells the gang of zombie kids beyond its “act your inner savage” instruction. But as for gurning: there’s a shiver of suspense and dread when the boy in the classroom starts to chomp away at the air, a scene that works up to exaggerated facial manoeuvres played out against silence and given time to drum up a chill.2 And anyway, when you have Glenn Close and Paddy Consadine in pivotal roles, you’re going to get a full course of characterisation. Indeed, Glenn Close perhaps brings such nuance and ambiguity to her role of the doctor who is trying, sort of, to follow some moral code as she seeks a vaccine that her fate ends up somewhat reductive, as if the mob of kids is saying

“I got yer poetic justice right here.” And this isn’t the only moment where characters act to the whims of genre and plotting (hey, leave your equipment behind!), weakening what otherwise is a strong foundation of character, dilemma, concept and visuals. And Sennia Nanua as the eponymous girl Melanie captures both an innocence and a primal awakening , providing an striking centre to the film, more than holding her own against top level acting company.

But ‘The Girl with all the Gifts’ does follow through on its premise, touching on a somewhat Cronenbergian view of diseases just doing their job, maybe highlighting how a somewhat sentimental view of humanity dominates most apocalyptic scenarios. Its focus on evolutionary themes rather than just solely survival and chomping distinguishes this zombie film as the beauty of desolation takes over the more that Melanie asserts herself. It’s all directed by Colin McCarthy directs in a clean, unobtrusive manner with moments of flair to let the themes and action take centre stage as necessary. Weaknesses happily ignored, it’s a thoughtful and ambitious horror piece and in that way it’s exactly what smaller budget genre offerings should be. 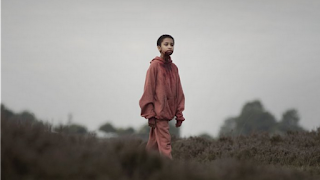