'Shadow' - and visuals vs. story 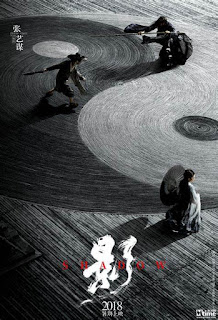 Yhang Zimou films will always be visual feasts, and ‘Shadow’ doesn’t faulter, being highly stylised to look black-and-white with only the colour of skin distinctive. Yhang’s compositions and indulgence in this aesthetic make it compelling, purely on the surface. The story underpinning all this is a period piece - Set during China's Three Kingdom's era (AD 220-280) – centred on an unpredictable prince and his apparent desire to keep the peace at all costs; but the prince’s seriously injured general maintains his position by using a double – a “shadow”. It is a film that starts with title cards that lay out the backstory and politics, which is never a favourable start, but the visuals and drama quickly establish themselves. Some films are simply great to look at, but the story is fun too, all playing politics, et cetera.

It’s all leading to a big fight to reclaim a city, once lost to a rival, which takes place on two tiers: a duel and a siege. This is surely an extension of the duality, black -and-white, doppelgangers, the yin-yang ethos running throughout. Most pleasing, this opens up a more “feminine” fighting style with umbrellas to counter “masculine” techniques, with the emphasis on the dance of combat rather than brute force. With the umbrella shooting metal blades, it’s almost cyberpunk

Michael O’Sullivan is of the opinion that the story falls flat: 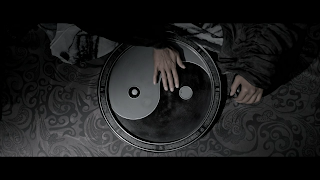 "Inspired both by Chinese ink brush painting and the tai chi symbol (more commonly known in the West as the yin-yang symbol), the story is a pretty enough meditation on the notion of twinning and opposites — light/dark, male/female, good/evil — but it sometimes gets lost in the visuals, forgetting that we have to care about its characters to stay with it."

I see the structure as three-act: set-up, fight, plot twists. This seems more than enough to keep things alert; and bringing the plot back to courtly intrigue and story, as well as ending on a note of ambiguity, does not imply a film just coasting on visuals. In fact, I would argue that for all its dualities, ‘Shadow’ does not dwell on the simplistic good/evil dichotomies: characters are for more mercenary, operating much more in shades of grey and out of circumstance than that.

But perhaps it is a question of the aesthetic seemingly overwhelming whatever strengths the story has; and besides, it’s somewhat a traditional tale; it’s familiarity is in line with the legends and art it’s inspired by but that familiarity cannot rise above the unique visuals. I am also of the opinion that visual strength can be enough, although of course weakness of story can undermine this: cinema is a visual medium, after all. This is why I had time for the unsteady narrative of ‘Ad Astra’ (I enjoyed it on a pulp level, not its desire for profundity). When we think of ‘2001: a space odyssey’, it is likely to be the visuals that come to mind first. I was impressed with a kind of neon psychedelica conjured by Harmony Korine in ‘Spring Breakers’, just as I was with the casual beauty conjured with the everyday in ‘AmericanHoney’. Here’s Ridley Scott’s reaction to accusations of being all imagery over substance: 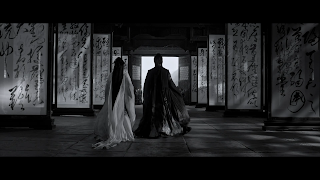 “They said [my style] was too beautiful, too image-driven. And I thought, ‘What the fuck does that mean?’ Just because I could shoot better than most people, which is what made me such an employable commercial director, didn’t mean I wasn’t interested in story. I still feel that way. I’m not making a radio play, I’m making a movie.”

However, whatever merits of Terence Malick’s ‘The Tree of Life’, the desire to smother the visuals with preciousness and pseudo-poeticism created, for me, unintentional humour (I mean, it hardly topped Hallmark cards for philosophy). ‘Shadow’s agenda of bringing to life Chinese ink brush paintings more than justifies it’s visual indulgence, but the tale is surely a strong enough ballast, if not original. And much of ‘Shadow’ is coded in the visuals, conveying contrasts and juxtapositions in what is shown rather than said. 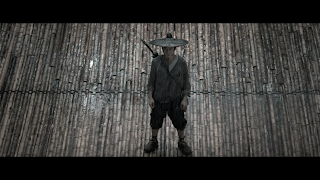 Its fight scenes are nicely choreographed, has time for a manic musical digression, possesses solidly performed archetypes and introduces more plot in closing that perhaps brings more life to the set-up in retrospect. ‘Shadow’ is gorgeous and thoroughly entertaining and occasionally surprising when it shows its edges. 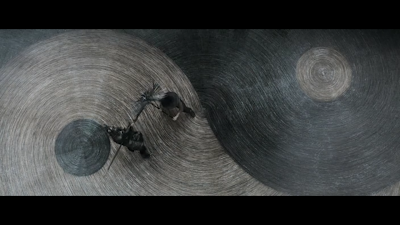 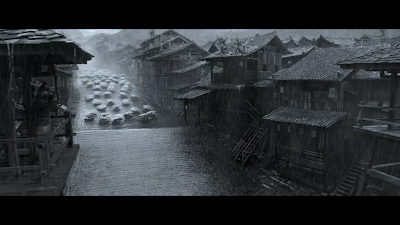 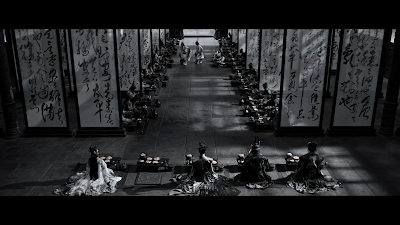 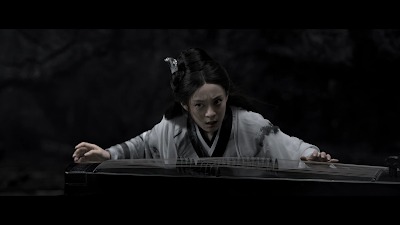 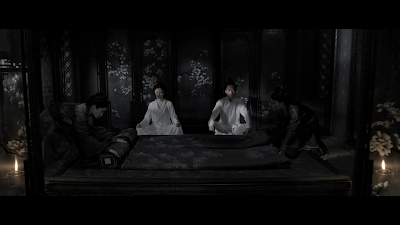