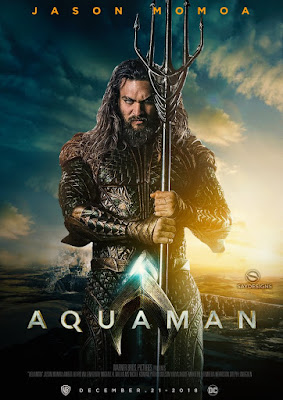 There is something playful, even positively camp, about James Wan’s approach: I always feel that he wants you to have a good time. But it also reduces genre to tick boxes and a lot of cliché. Wan’s approach is the kind of thing that parody movies and sketches are made of. You know the “Superhero landing” that’s often lampooned? That’s in earnest in ‘Aquaman’. Perfunctory and condescending narration; nicely filmed and often very pretty (genuinely, because you are dealing with coastlines, and artificially); all the tropes ticked without irony or stretch; often dialogue so bad it’s chuckle-out-loud. There’s a lot of unintentional humour here. Fifteen minutes in – and it’s an unnecessarily long film – and you might think: “Is it going to be this way throughout?” And it is.

This is the one trying to give Aquaman some slacker cool, and the size and tattoos and handsomeness of Jason Momoa certainly helps. There’s a big softy charm to him beneath the fistfights. But there’s no quirks for him to work with. He trades apparent witticisms with Mera (Amber Heard) because he has unreconstructed machismo, sort-of flirting, and he has to reluctantly accept his legacy as The Reluctant Chosen One, etc… It’s CGI big, bright and boomy, but did it really take two screenwriters and three more credited with story to generate something so average? But that’s a feature of so many lacklustre blockbusters: maybe it takes several writers to knock off a script’s originality? It’s like the flipside of Zack Snyder doing superheroes. Dogs will be the comic relief kind that make comedy noises when appropriate. There’s some perfunctory family stuff, a bad guy with a grievance, etc etc. The camera never stops still as if scared there if trying to find something of weight to perch on. Perhaps they thought TV Tropes was a guidebook? It’s like a pop song that’s been autotuned and produced until it’s devoid of true character. 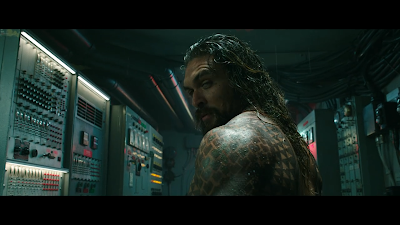 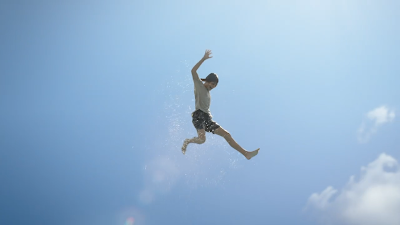 It’s a shame because this looks like it could have been fun, not just skimming the surface. Still, a lot of others had fun with it's gleeful silliness. The rooftop chase-fight is the high-point. Without the constraints of deploying plot, James Wan’s cinematic ability is given free reign and there’s a physicality in the middle of all this CGI. Remember when the aerial gliding shot in ‘Suspiria’ provoked gasps? Now, everyone has a drone and stunning aerial shots. But Wan shows some flair here, zipping across town to show two different melees. It’s a scene that has focus, is fun, that uses Wan’s razzle-dazzle to facilitate the action and narrative and not just to distract from its bombastic paucity. Otherwise, it’s a lot of CGI thrown at the screen. Compare with the underwater combat between Aquaman and his villainous brother, King Orm (Patrick Wilon): it just doesn’t have the same grip. 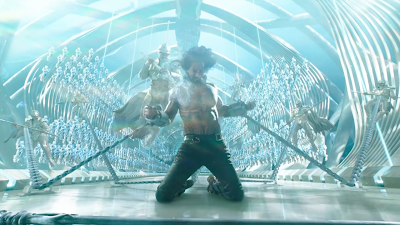 And this is also speaks to the fact that the film never really finds a convincing, distinctive underwater aesthetic, which is surely a serious flaw. I mean, they float and swim, but there’s always the need to remind yourself it’s underwater and not just in space or flying around. The final battle is humungous and there’s fun to be had with shark-riders and… seahorse riders… underwater lasers… but none of it really feels tangible, it’s just paced too fast to touch.

As typical with these blockbusters, you have loved names in the cast to bolster proceedings (Willem Defoe?), but it’s one of those excursions that makes everyone look a little sketchy. Nicole Kidman does whole kind-of saved-mermaid romance trope, skips through exiled warrior queen with funky armour, but changes into motherly robes to fill a maternal role as a healer by the end. 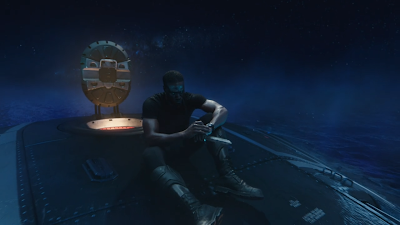 It’s watered-down, lukewarm entertainment, spilling all over the place. Yeah, I went with a dumb end-of-review pun.

But you have roaring sharks. 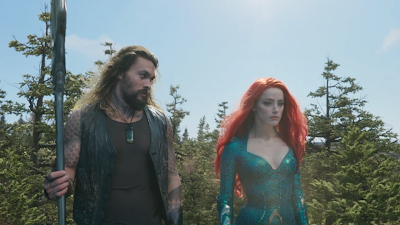 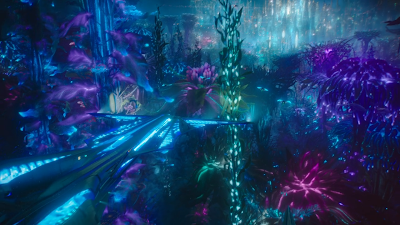 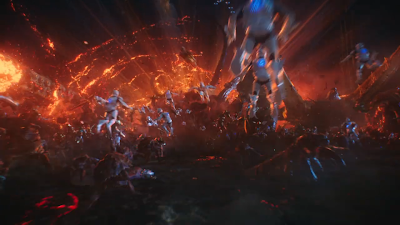