Yep, so I’m watching a few films at the Glasgow Film Festival. Of course, I am scheduled to be watching the Glasgow FrightFest, but I have dipped in a little elsewhere also. I am now a big fan of virtual festivals. 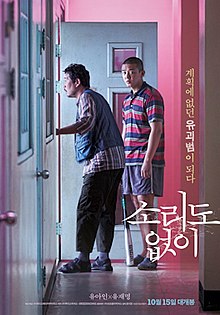 Two clean-up/disposal men for gangsters are assigned to look after a kidnapped young girl for a couple of days. But they are just small enablers in the crime world and aren’t quite prepared for this. A kidnapped child causing conflict and/or reflection for the kidnapper/s is a typical genre trope – ‘Hunted’ (1952), ‘A Perfect World’, ‘After Dark, My Sweet’, etc – and that’s the core here in Hong Eui-jeong’s film. The child here – Cho-hee, a wonderfully unaffected Moon Seung-ah - is quietly wise and capable, discreetly rearranging her hapless captor’s life. Watching her decide and adapt to her situation, right to the end moments, is a slow-burn treat.

The difference is that in this example, her captor is just as much entrapped in this world. It takes a little time, but the context for Tae-in emerges organically, conveyed in small things that his apparent relation Chang-bok (Yoo Jae-myung) says which increasingly expose themselves as manipulative, in the feral nature of his sister, and in the state of his living space out in the middle of nowhere. And Tae-in is played by Yoo Ah-in, who again delivers an exceptional performance (he is why I chose to watch this). He had very little to say in the brilliant ‘Burning’, and here he is a mute and, although bulkier, holds everything together just by sheer force of physical presence.  He’s no less ambiguous and vulnerable here, wordlessly conveying dejection, menace, bewilderment and realisation while others around him talk themselves around the situation. There is the sense that, for the first time and introduced to a more orderly world by Cho-hee, he is making his decisions independently for the first time. A compelling and brilliant performer.

Perhaps the slow reveals in the first half implies a darker hue, but ‘Voice of Silence’ (a somewhat ill-fitting moniker) moves through dark humour, broader humour and farce (the bicycle-van chase is a highlight). The tone is low-key, colourful, easy-going and yet quietly downbeat: someone dies in front of a flight advertisement of flying away and transcending; and don’t dismiss the suit jacket, a symbol of higher aspirations and power. It’s a testament to clear plotting that, upon finishing, the audience knows where all the apparent loose ends will lead. Perhaps it ends with one beat too many for sentimentality, but it’s the girl’s clear-headedness and the tragedy of Tae-in that resonates. 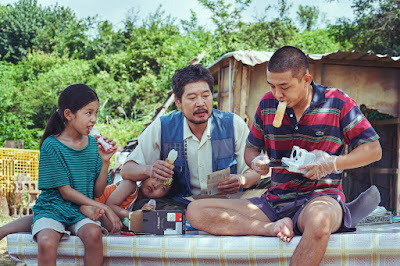