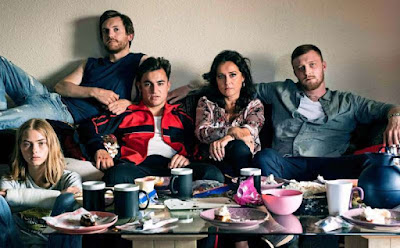 Jeanette Nordahls’ film is an assured if familiar drama of an orphaned girl, Ida, delivered into the lap of the suffocating crime side of her family. We’re in ‘Animal Kingdom’ here. But Nordahl’s drama is mostly talking about wanting and needing to belong, the sacrifices we make to do so, the coercion within families and behind closed doors. The reassuring love and allegiance and subtle bullying. And as this takes place in the domestic theatre, it inevitably becomes about (in Nordahl’s words) a rumination on “The power of the mother.” The boys have the physical force, but the matriarchy is just deploying this: this is a woman’s tale.  There is little showiness or melodrama and the run time is concise, which keeps everything direct and nothing outstays its welcome or is dwelt on too much. We know how this goes.

Set outside Danish urban spaces, it dwells on the fact that more rural contexts are infected with the sinister reach of crime families too. It captures the claustrophobia of the home: this isn’t a huge home funded by ill-gotten gains. One of the most resonant moments is when the family comes home but the camera just lingers a little as they all go their own spaces. It offhandedly shows how allegiances and affections, both genuine and due to the institution of family, breaks people down, and – as the film clearly states – it’s all potluck where you start out.

The film is centred by the performance of Sandra Guldberg Kampp giving a distinctive, unbratty and taciturn teenaged performance as Ida, hinting that she is and will be a considerable and intelligent force once she’s figured things out. Nordahl says of Kampp, “There’s s much about her that you want to find out,” and it’s this presence that keeps you fascinated throughout. 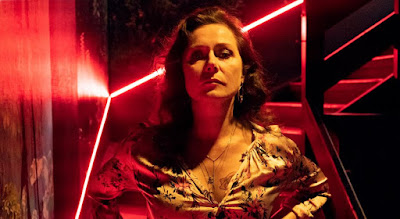