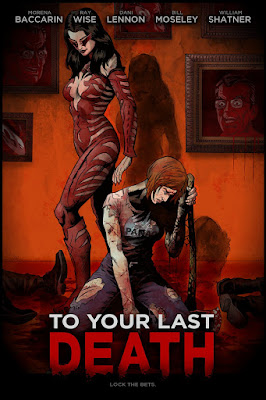 To Your Last Death

Originally conceived as alive action, it seems, but ‘To Your Last Death’ being an animated horror distinguishes it in a way it probably wouldn’t have been otherwise. Dysfunctional siblings are summoned by their psychopathic and obscenely wealthy arms dealer father and unleash death traps and cosmic malfeasance in equal measure. The animation is the style familiar from ‘Archer’, the characters are the antagonistic kind and there are enough bonkers and outrageous touches – ‘Saw’-style death traps; reprehensible Russian henchmen; a little time-travel; comic-book style omnipresent beings for which we are just playthings; but surely missed out on a killer robot – to make this entertaining throughout. The faintly clunky animation only makes the pulpy excess and ultra-gore more amusing. 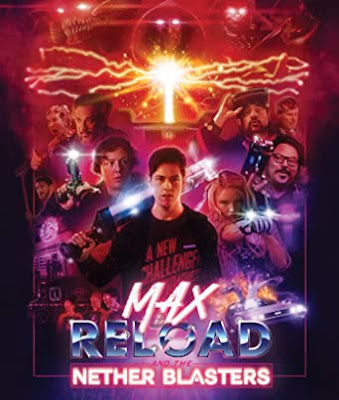 Max Reload and the Nether Blasters

And here it is, the 80s homage that always pops up at a genre festival. This follows features such as ‘Beyond the Gates’ (homagey fun) and ‘Game of Death’ (playing things straight and nasty) in gamer culture unleashing demonic apocalypse; one might even include the delightful ‘Deathgasm’ in this playpen with its metal nerdiness.

Comic book colours – red lightning! – likeable young protagonists, retro-synth score, genre favourite cameos playing to the gallery – Kevin Smith! – thick messaging about the power of friendship, nerdiness and lots of retro-video gaming love. Although it has to be said that neither Max’s (Tom Plumley) proclaimed asshole lone-wolfish and the apocalypse are thoroughly convincing, but it’s light, funny, fun and exudes a lot of goodwill. It also contains one vivid and creepy moment where our heroes travel through a city where all the people have glowing red eyes.  And it’s all resolved with gameplay.