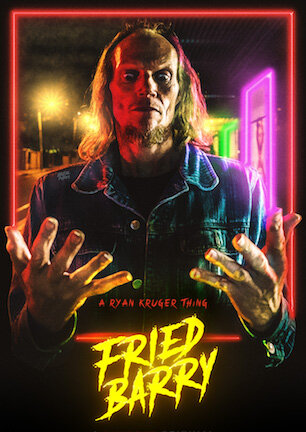 I first saw this at Grimmfest and had no idea what it was going to be. Let's just say I wasn't expecting much and then ... well, I always recommend its scattalogical barminess, but on a second watch I was more taken with how Haezer's score and the editing evokes so much with mood and temporal displacement.

Brash, rude and crude and random, and that’s even before general junkie scumbag Barry is abducted by aliens. From then on, the narrative is based upon, as Barry has now been possessed by an alien passenger, how the more sordid end of Cape Town reacts to his goggle-eyed stare and silence. Along the way, Barry encounters thugs, druggies, prostitutes and sex hungry supermarket staff, serial killers and policemen, etc. Without true narrative dictates, there’s nothing fencing in the WTF possibilities of the story. Barry is mostly passive, the amusement coming from how he just stumbles into and reacts to crazed vignettes, oblivious, occasionally showing signs of extra-terrestrial powers. The whole thing is held together by Gary Green’s consistently oddball performance, jerking and walking like a malfunctioning terminator, innocent, scary, bug-eyed, gurning. It even has time for an intermission when Barry is knocked out. 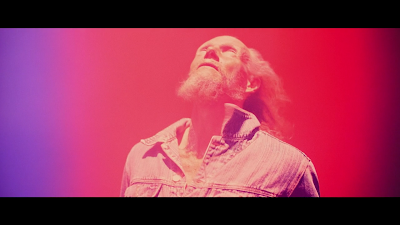 The skits are predominantly there to amuse, but it’s also a longform riff on feeling disconnected, always feeling the outsider with things just happening to you. An analogy for time-lapses and bafflement of drug addiction, it’s like natural extension of a Barry bender taken to extremes. Unlike ‘Under the Skin’ or ‘The Man Who Fell to Earth’, this alien visitor doesn’t have any apparent motivation other than just to experience; perhaps to gather information; maybe it’s just a hedonistic holiday? What the alien gets is a crash-course in digressive exploitation cult cinema. It’s an offbeat tour of a seedy side of urban humankind, although Barry intuits enough to save someone from a heart attack or to engage with a chainsaw fight with a serial killer to save children. 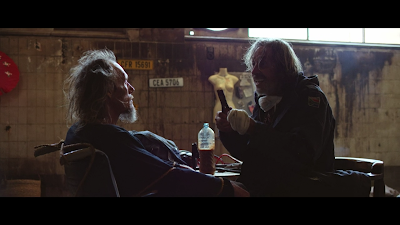 “Green has the reckless abandon that makes for unhinged performances, but "Fried Barry" can't decide if he's a joke, or a zonked-out Christ figure.”

So says Nick Allen, who seems to think Kruger is reaching for some kind of commentary rather than just amusement and entertainment. After all, Kruger says this is more of a "thing" than a film, mphasising experiece over narrative. But Barry is a fully zonked-out Christ figure joke – complete with resurrection – not one or the other. The point is that Barry is often just a blank slate to project upon for those he runs into, revealing more about themselves than him; and this is an extra satirical edge if that’s what you want. 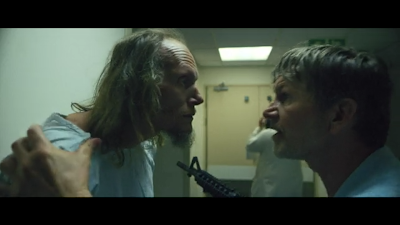 It is fluid with vibrant colours and lighting and Haezer’s excellent electronic score contributes otherworldly or pumping vibes where necessary. 'Fried Barry's superpower, apart from Barry/Green himself, is its consistent, restless search for inventiveness. This picaresque, episodic joyride with full on non sequiturs won’t be for everyone, of course, but it’s triumph of low-budget anarchy over the dictates of story. 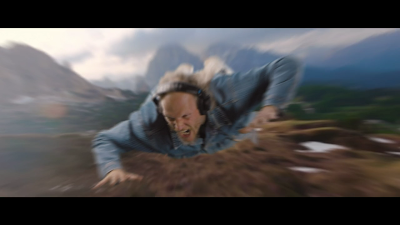 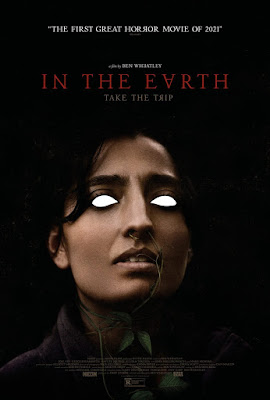 Gleefully playing with and gliding through subgenres, Wheatley’s film has dashes and hints of body-horror, virus-horror, slasher, wilderness-horror, the supernatural, folk horror and science-fiction. For detractors, this will likely be evidence of an unfocused mess, but otherwise it can be seen as teasingly feinting this way and that, nodding and homaging until revealing its end goal. But indeed, I’ve noted that people are saying both that the mid-section is best and that Movie Waffler berates it for being ultimately a slasher film – but that’s missing out on all the treats. I think I absorbed it more as genre fun than a journey into the heart of darkness: more ‘Sightseers’ and ‘Freefall’ than ‘Kill List’ or ‘A Field in England’. It has that particularly English meeting with chaos and insouciance and politeness, by way of creepy ‘Children of the stone’, heady ‘Penda’s Fen’, ‘The Owl Service’… you get the old school idea (all namechecked by Wheatley).

I have also heard criticisms that ‘In The Earth’ is not a COVID film, but Wheatley has said that he just wanted to make a film that acknowledged the era as the films he was watching seemed to be dated; and besides, it’s set during that time and it’s about a guy coming out from lockdown and finding nature an abstract, malevolent force. And of course, the film’s whole gestation and production was carried out during lockdown England (too quickly and under written, detractors may say.) 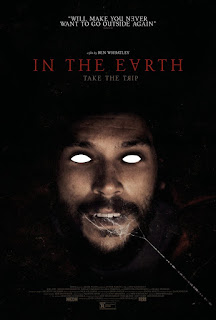 There’s a phenomenon in the woods that one side is trying to communicate with folk horror and the other with oversized computers, strobes and blasting Clint’s Mansell’s excellent and searing BBC Radiophonic Workshop tributes into the trees. There’s a lot of genre homages in here, and although the enjoyment is in watching it feint this way and that upon first watch, subsequent watches will surely reveal this as a richer tapestry than first assumed. This playfulness with genre cues may lose some who may wonder why, when it has seemingly settled for forest slasher, it then lunged into Nigel Neale territory. And if it isn’t working for you, then the psychelica of the ending will probably feel like a lot of Sound and Fury to mask over its deficiencies. 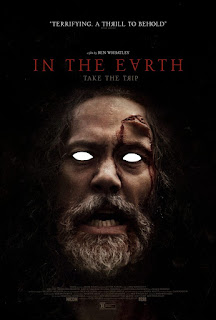 It’s anchored in solid performances from the cast. Joel Fry’s Martin Lowerly comes across as perpetually dazed from his lockdown, a little immature and providing the very English insouciance in the face of increasing mayhem and slapstick horror that is a very English type of black humour. There’s lot of that dark amusement in this and Fry isn’t playing any capable heroics here. That’s all left to Elloria Torchia’s Alma, providing a grounding to surrounding more eccentric performances as well as final girl duties without it being too underlined. Reece Sheersmith’s turn as Zach perfects his outraged-and-unhinged delivery and certainly provides a solid anchor. And it’s foot trauma is a triumph of squirm-inducement. 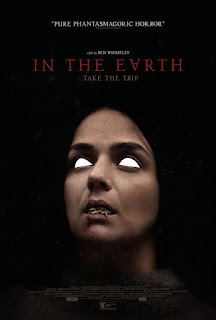 It’s a little trippy, a little uneven but executed with genre love, and when Wheatley says, “The reality is that the thing in the woods makes its own decision; and it decides on someone who isn’t a narrative maker – someone who is practical and is more likely to understand what it wants.”, there’s a definite ultimate agenda that clarifies the pastiche elements.