“Too Drunk to Fuck” – Nouvelle Vogue

Songs for Girls #4: "Too Drunk to Fuck" - Nouvelle Vague

A perfect example how changing the gender of the singer can change the feel/meaning of a song: Nouvelle Vague’s cover version of The Dead Kennedys' song turns it from a somewhat angry party-boy anthem to alcohol-induced impotence to a party-girl expression of care-free excess. A “girls just wana have fun” kinda thing rather than a portrayal of male assholishness. It’s telling that the Nouvelle Vogue version ditches the arguably more unpleasant blow job verse in order to do this. Certainly, chanteuse Camille plays it up for all its “don’t care” qualities, retaining the song’s satire while using it for a defiant female sexual expression.  Maybe die-hard punks won't like it but it's a great version of how changing a song's genre and woman singing can really bring out different angles in a song.  The live version certainly rides the party qualities. 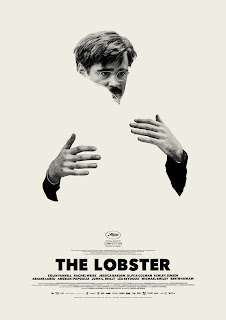 Anyone looking for an alternative, intriguing premise is bound to be lured by Yorgos Lanthimos’ new film: a man goes to a hotel and is told he must find a partner or, should he fail, he’ll be turned into an animal of his choosing. He chooses a lobster.

Which surely seems whimsical and farcical but the film isn’t quite those things:  rather, it sets up a world where the social demands of partnering up is filtered through Dystopian tropes. Where it succeeds mostly is when it is relating the pressures of finding a partner to the methods of political propaganda. For example, in the stiffly acted amateur dramatics vignettes about the perils of being a loner; or, humorously, in the savaged-by-karaoke of Gene Pitney’s ‘Something’s Got a Hold of my Heart”. There is no true romance here, just people subjected to rigorous peer pressure to pair up using superficial defining traits.

Much of this is (very) deadpan funny and satirical and gets close to the more dictatorial burden of dating and hooking up: what we do to find someone, for example, and the lies told (to others and ourselves) to claim we are similar and therefore compatible. All this conveyed by flat dialogue and affected performances that’s built upon expectation: mostly characters won’t say things out-of-line but it becomes apparent that perhaps these characters don’t know how to. And by conveying this in the desperation and confines of social strictures you have a surprisingly “Nineteen Eight-Four”, “Brave New World” feel to the proceedings.

But then David (Farrell) joins the revolution of singles in the forest outside and he falls genuinely for a short-sighted woman (Rachel Weisz) and the narrative becomes a far more obviously about forbidden love (singles aren't allowed to pair up). But the focus starts to seem lost and decidedly less compelling in this second half and therefore feels too long. It’s not so successful at depicting individuality as a revolution just as uncompromising as the coupling up. Or rather, doubt about the premise sets in because the experimentation and surrealism seems more indulgent than revealing.

Nevertheless, there is much to respect here and the cast is notable for making the affectations work. It also has a final beat that brings it all back into focus and implies that David is so immersed in this world he knows no better. But as a drama it feels so top-heavy that this ending is more staggered to than follows a direct path. 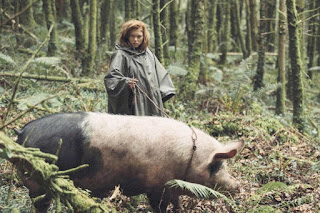 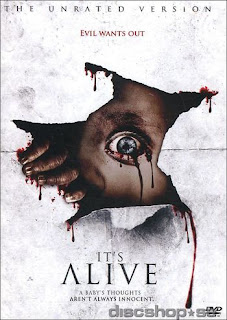 Another mediocre remake which only goes to reveal just how sharp-toothed the original was. Larry Cohen - who created the initial “It’s Alive” films (the first in 1975) and drew out the concept and implications thoroughly and interesting across the sequels - also has a hand in writing this remake, but there nothing here updates or expands the idea. This version seems neutered by all the mannerisms that have often compromised mainstream contemporary horror.

Firstly, as contemporary horror films are apparently only fleeting interested in real adults, we have ludicrous casting in Bijou Phillips and James Murray as a hot young expectant couple who look as if they have only just graduated from High School Musical. If there is an enlightening horror film about young women giving birth to monsters as an analogy for post-birth mental illness, this is not it. For his part as dad, Murray gets to do very little but maintain his designer stubble and turn up for the denouement. For all of his early interest in looking after the kid, he actually seems to do very little of it. No agonising conflicts of the roles of fatherhood for him: there’s world of difference between his part here and John Ryan’s father from the original – one is nuanced and interesting and one isn’t. We are left with the mother as the focus, but Bijou Phillips - who maintains her attractiveness no matter how messed up we are told she looks or how crazed she is becoming - cannot hold up a role that asks for so much more maturity. Her motivation and mental health are never truly explained or convincingly rendered as she tolerates her baby’s slayings and hides the mess (with barely a trace left, it has to be noted). Just because, you know, she actually really, really wants a baby, just like all girls do, and all mommies love their babies, no matter what they do - to the point of mania, right?

Another side effect of the youth of this central couple is that the supposed ‘son’ role from the original “It’s Alive!” is now a younger brother. We are presented with details for him - he is wheelchair bound, a loner and melancholic, and a girl at school tries to befriend him - but this go nowhere. Similarly, the missing cat - disappearing in the film’s one great surprise moment - is barely mentioned. Corpses pile up and get disposed of with so much ease, it’s a wonder Bijou just doesn’t slap her head and put her hands on her hips and go, “Oh, not again! Will you quit this, monster baby?” The film looks slick, has a general aesthetic of moodiness but suspense is squandered and emotional involvement is nonexistent.

This is one of the films generated by the revived Amicus studios, and it does seem a misspent opportunity, full of aimless performances and subplots that go nowhere. Again, a mediocre re-imagining feels simply like a cash-in on a cult favourite. By reducing the scope of the original to one family and one remote house (and how do they afford that big place??), the wider social commentary evaporates and all we are left with is a queasy pro-life morality tale warning that girls who have sex young and then try to abort will be punished with monstrous children. 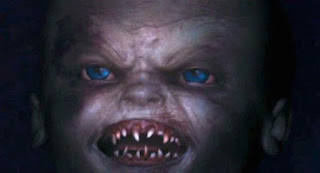