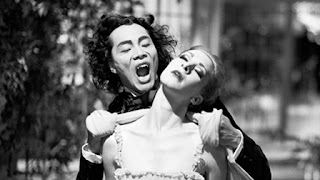 KIRI BbWALDEN:           Tonight's class - Adaptations of Dracula and Frankenstein...
BUCK THEOREM:           Have you seen guy Maddden's "Dracula: pages from a virgin's diary", Kiri? It mades good work of the boring half of Stoker's novel by giving it a dancing theme (and indeed, ignores the entire Gothic first half).


KIRI BbWALDEN:           It's interesting though that Lego have chosen the Lugosi and Karloff versions for their recent figures. The 1931 Universla films are still iconic, no matter how far from the characters in the novels thet actually are.
JOHN A C ALLEN:           I see the Universals and Hammers as separate stories in their own right really. Like you said they have virtually nothing to do with the novels. Some adaptations have come close but always fail in one aspect or another. People can't seem to resist interfering and there have never been 'pure' versions. I always thought animation was the answer. Imagine Dracula in a Mignola-ish blocky style with a colour pallette of black, white and red only. 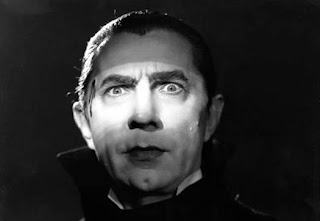 BUCK THEOREM:           I think "Dracula" has a weaker, more rambling second half - the rambling is fine as prose, but a problem for film - which leads to wide interpretation and re-invention ("Oliver Twist" has a similar problem) and perhaps this is why there has never been a "definitive" version. "Dracula" and especially "Frankenstein" end on fairly contemplative and metaphysical notes too, where the showdowns have elements of anti-climax, so this also contributes to the disconnect between original text and the demands of Gothic-horror cinema. ... On the other hand, Guy Madden's re-invention of "Dracula" as only the novel's second half and done as dance wins points for sheer gusto, surely? And Universal's versions are so broad and mimicable, no wonder they have become the enduring staples they are (the wolfman has not weathered so well because the prospect of the werewolf has been met mostly by the progress in special effects). Karloff's version of the Frankenstein monster in particular is a fantastic piece of mime and I am not sure it has been bettered, despite being only distantly related to Shelley's novel. 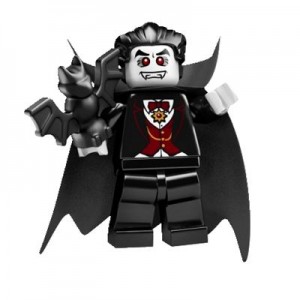 JOHN A C ALLEN:           The Universal movies (and the early Frankensteins in particular) really boil down to the strength of the lead players and the indelible charisma they managed to show. Karloff had been in (I think) over 200 films by the time Frankenstein came around and he and Lugosi (Lugosi in particular) were very undervalued as actors (critics of Lugosi's 'wooden' acting should look at his portrayal of Ygor in the third and fourth Frankensteins where he is as blackly comic as Ernest Thesiger is in 'Bride'). James Whale of course has to be included as pivotal with his assimilation of expressionism and mixing together or many elements into a strong whole. Once the Laemmle family lost control of the studio, Whale concurrently lost control of his movies and retired. And let us not forget Jack Pierce (who incidentally died a pauper!) who created most of the stable of iconic monsters we know so well today, and that Universal Studios profit so much from. As Pierce was unceremoniously sacked (for being too slow and painstaking) during the late forties he didn't give us Creature from the Black Lagoon but he was behind all the others. In recent years the Karloff, Lugosi and Chaney estates have managed to claw something back in the way of licensing of likenesses but decades after the money horse bolted the stable. 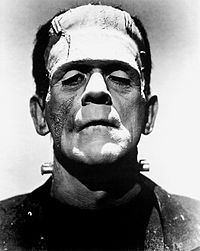 KIRI BbWALDEN:           Another interesting thing, both Chaney and Lugosi later played Frankenstein's monster too, with the Karloff makeup (it didn't look right).
JOHN A C ALLEN:           Chaney was the only one who played the big four - wolfman, dracula (Son of Dracula), Frankenstein's monster (Ghost of Frankenstein) AND the mummy once or twice. In Abbott and Costello Meet Frankenstein (actually a really good film) Glenn Strange injured himself just before an elaborate stunt and Chaney (in a rare sober moment of magnanimosity) put on the Frankenstein outfit (he'd already played the part years before) and did the shot to keep the film on schedule (at was running late thanks to Bud Abbott's drinking and the 'zany pair's card games).
Glenn Strange was cast when producers were stuck for a big guy to play the monster in House of Frankenstein and Strange (working as a stuntman and heavy in westerns) appeared in Jack Pierce's make up room to have a scar applied. Legend has it Pierce took one look at his griselled face and straight away rang the horror producers saying 'I've found your new monster!'
Fact: Glenn Strange was Butch Cavendish in the Lone Ranger TV series. 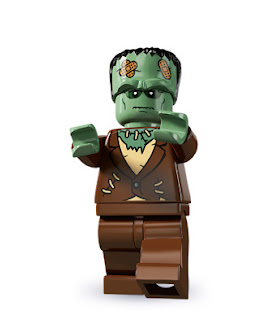