CURVE is a decent example of how mainstream thrillers have assimilated those serial killer narratives that are much grungier and gorier on the fringes. The killer here is smart and ingrained with a metaphysical penchant for “fate” and whatnot. A newlywed is on the road to meet her fiancé and is having doubts when she runs into a man who sorts her out after her car packs up. Revealing his true colours when on the passenger seat, she crashes the car to rid herself of him. But she only succeeds in trapping herself in the crashed vehicle while he goes back and forth to taunt her, or teach her the truth of life or something. The film’s middle section veers into problem-solving survivalist mode before the last act delivers conventional showdown material. Nicely performed, solid if unremarkable fare. 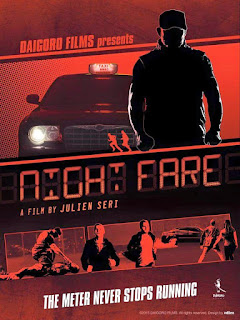 NIGHT FARE follows an apparent hoodlum and his pal on a night out: the latter decides to jump paying a taxi fare only for the driver to hunt them down, killing anyone in the way. Then the last act moves into something very different, just when the stripped-down, gritty violent thriller vibe seems nailed down. This shift is tone brings to the fore themes of redemption and leaves more to chew on than just the cool reflective surfaces of the taxi and the streetwise charms of the characters. It both delivers more and verges on being a preachy moral story, but mostly settles for the revenge fantasies that fuel so much of the genre but with a feeling of regrets of lives misspent. 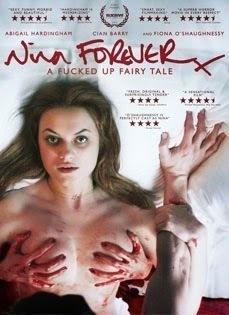 NINA FOREVER certainly achieves a level of uniqueness. Supermarket girl Holly goes for Rob – who tried to kill himself upon the death of his girlfriend, which endears him to her – but upon having sex finds that old girlfriend keeps popping up. Through the bed in gory fashion. The tone veers from comedy to romantic drama to horror but the fact that it settles more on masochism and that the horror derives from character traits means this is ultimately real dark-hearted. In regards to Nina herself, whereas I saw her as self-centred, sarcastic and often annoying, it was obvious in the following Q&A that others in the audience found her “humorous and witty”, so I realised that perhaps I wasn’t tuned in to what the film perhaps intended with the character. Perhaps this was down to the performance of Fiona O'Shaughnessy: where some heard drollness – where she was commenting on the farce of the situation - I heard selfish sarcasm. Certainly I wondered about her positive points. Nevertheless, that this becomes more Holly’s voyage of discovery means the film steers into something more satisfyingly more Hellraiser-like and genuinely affecting. 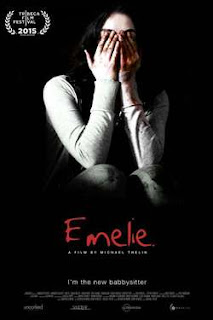 EMELIE is a slick thriller about a babysitter who isn’t who she says she is. Featuring very winning and realistic child characters and a penchant for getting on with things instead of dragging on its familiar beats unrewardingly. There’s enough mystery to let this linger and its straightforward approach reaps great rewards for an audience who, just for example, wonder why the characters don’t catch on quicker or just do that. This is how you pull this off. 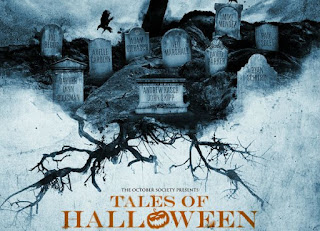 TALES OF HALLOWEEN is an anthology of shorts set around the eponymous season which of course has Adrienne Barbeau as the narrating DJ keeping things together as the ten stories move through amusing parodies, clay-mation and – of course – revenge fantasies. There’s a definite atmosphere of “Eerie” and “Creepy” comics. It’s so quick that the vignettes never have time to outstay their welcome. It’s often funny, frequently amusing and gory and often is a more successful compendium than, say, the “ABCs of Death”. Great horror fun.
Posted by Buck Theorem at 9/02/2015