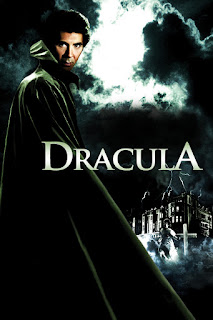 A fine, sumptuous remix of Stoker’s novel. We start with the thrilling and chilling shipwreck ~ one of the novel’s greatest sequences ~ and soon discover that many of the motifs from the excised first Transylvanian third of the novel are to be transposed to England. Our geography is the beach, Carfax Abbey, the asylum Billerbeck Hall and the woodland and graveyard between them. Carfax Abbey takes on the atmospheric burden of Castle Dracula with an excess of Gothic décor trimmings ~ just look at that banister with the dragon heads! Carfax, both interior and exterior, soaks up the essence of every single haunted old building ever conceived and layers it with thick webs; production designer Peter Murton really goes to town and the exterior alone is gorgeous in its dreariness and decay. But Billerbeck Hall gives the Abbey a run for its money with a startling interior with bridges like the spokes and inner-workings of some broken giant gadget. Both buildings are defined by madness and aristocratic affectations. The overblown design is a delight to indulge in, every shot beautifully rendered and photographed by Gilbert Taylor. 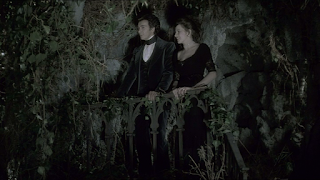 The interesting change in this adaptation is that it is more about the female characters’ unapologetic sexual longing rather than their seduction, the former being particularly to the fore and summed up in the smile that closes the drama. None of Dracula’s brides, the film says, ever regretted it. There is little hint of Lucy’s purity ever being returned. She goes to Dracula deliberately, seemingly committing adultery against Jonathan Harker without a second thought. Noticeably absent is the key moment from Stoker’s text where those infected by vampirism are returned to their former angelic wholesomeness. 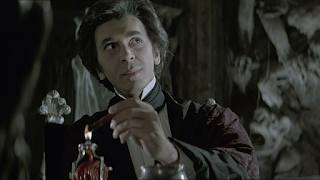 Whilst Trevor Eve and Kate Nilligan give stoic, grounded performances, everyone else, led by Donald Pleasance and Lawrence Olivier, chew the scenery relentlessly. Olivier utilises an accent to hack away at his delightfully preposterous lines and Pleasance applies a litany of twitchy mannerisms and mumblings. Of course, such an adaptation is only as good as its Dracula and Frank Langella gives a wonderfully regal and charming characterisation, eloquent when he needs to be charming, but cold and pragmatic when facing his enemies. He is more Robert Quarry’s ‘Count Yorga’ than Legosi or Christopher Lee. 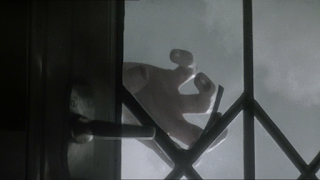 The length and weaknesses of Stoker’s novel repeatedly beg to be re-imagined. Like Dickens’ “Oliver Twist”, it is no mistake that almost every adaptation’s ending gets a shake-up, for the last stretch of the novel is the weakest. Hoisted to the sun, the final effects of Dracula’s deterioration in the sun are perhaps disappointing, but this perhaps is the film’s resistance against the turn-to-ash or go-up-in-flames finales of the usual vampire outings. The cape drifting off in the wind is just as evocative of persistent monstrousness as Harker running off at the end of Herzog’s “Nosferatu”. 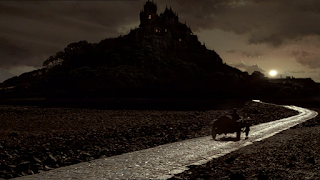 It's a long time since I saw this one, but I still remember Tony Haygarth's cry, "I been bit by a bat!" The general classiness of the production is also reflected in John Williams' lush score; Badham apparently asked him specifically to avoid conventional blood-and-thunder. I see that the screenplay is by W D Richter, who scripted the brilliant Philip Kaufman version of Invasion of the Body Snatchers the previous year. Definitely the man to mix new blood with old and come up with something interesting.

The production design is so tick with dream-like Gothic affectation that you could dip your spoon in it and scoop some out. Definitely a production where every penny seems to be up on screen. Even if the script and all else had been bad, I am sure I would be a sucker just for the look of it.