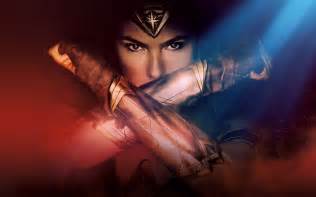 The origin tale of Diana of Themyscira (Gal Godot) – or Wonder Woman – an Amazon goddess that finds herself involved with World War I.

So although it’s all lead by women – a female protagonist and directed by Patty Jenkins (director of the Aileen Wuornos film ‘Monster’ [!!]) although written by Allen Heinberg – there is nothing here that truly elevates or criticises the usual superhero origin film format. There is nothing of true originality, just an agreeably lighter and more fun tone than is usual for a DC Universe film. This has won people over, of course, and it’s as enjoyable as you want and as slick as you might expect, but don’t expect any moulds to be broken other than giving the women the same treatment as the guys. Rupert Gregson-Williams’ music often threatens to break out of its orchestral bombast into a metal-ish freak-out, and similarly the film seems like it might break free of the confines of the format, but it never quite does. In that sense, it’s a disappointment even as it’s being fun. 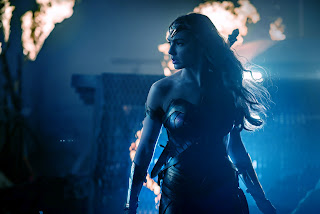 Probably any romantic involvement for Diana was going to be seen as undermining any claims this had to hardline feminism, but perfunctory romances have always typified origin stories (Lois Lane and Mary Jane to name the most famous). However, ‘Wonder Woman’ is in no way beholden to Steve Trevor. Indeed, the most gratuitous flesh is his and whenever he and Diana glance against sex, it is she that is confident and indifferent to his charms. It’s agreeably flirty. And it is in the subtler details that the film elevates her dominance, in the way that she is the only fighting character with true certainty, that she confronts and rebukes the men often and that they soon realise that she is their true power and acts as her shield-leg-up so she can do what she has to do. So as other superhero men want to be dour to be poignant, or just goofy to be cool, Diana is all about getting stuff done, doing what you need to do with others and in that way she’s a positive symbol (which one could see as a quiet rebuke to the narcissism of male superpower fantasises).

The film undermines much of the usual machismo: it’s in the way that Saïd Taghmaoui says he wanted to be an actor but was the wrong colour; in the way that Eugene Brave Rock says he has no home; and most obviously it is the way that Ewan Bremner seems like he is going to be the mouthy one is ultimately in effect useless as he is traumatised by war so that he can no longer be the top marksman he is presented as. Even Danny Huston as the ostensible scenery-chewing super-enhanced bad guy is nothing without the lethal gases invented by Dr Maru (Elena Anaya – nicely creepy). It is Dr Maru that balances the scales of feminine goddess goodness by representing the villainy and cruelty that women are equally capable of. Indeed, until the inevitable super-villain, the men in this enterprise would not be half as effective without women, both good and bad. Some may have criticised that Diana needs a man to hold her hand to become wonderful, but the film could also be seen as giving space to allow Steve Trevor to charm Diana, to allow her feelings rather than just cool. It also gives a platform for Chris Pine’s considerable likeability (as Kirk, he is hobbled by an annoying smugness and self-righteousness). And the film is not above sacrificing Steve to make Diana’s story more poignant. 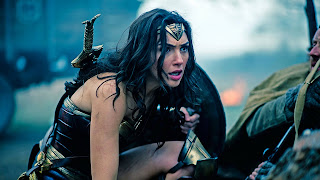 Of course, as with most superhero tales it seems, there are problems if not hypocrisies: typically, the usual call for peace and nonviolence is shoved aside for a denouement of take-it-or-leave-it CGI fisticuffs and explosions galore and ‘WW’ is no exception. Indeed, Diana underlines “Love” as a redeeming feature even as she lays waste to the surroundings to beat the bad guy who disagrees. Yeah, you aren’t really fooling us - we saw her just murder the bad guy. And the bad guys (“Germans”) are mostly faceless adversaries to be mowed down even as we get dense back-stories for Amazons and others (there is a kind of group-hug at the end, but…). This comes part-and-parcel of the genre and the film doesn’t really overcome its central murkiness of having a warrior woman who initially seems naive about war and seems to think killing one bad guy brings about peace (yeah, but…). To its credit, the film subscribes this more as naivety than stupidity and dwells more on her bafflement that men are so inept at heroism. Of course, all this is easy for her as she is a gorgeous super-powered Amazon, and it probably shouldn’t be underestimated at how good Gal Godot is at maintaining a balance between naivety and warrior. This paradox has always been the issue with superheroes, but after all they are power fantasies. 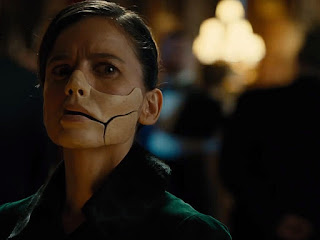 And to this: if this is all part of giving kids role models of super-empowerment, then at the screening I saw as the end credits rolled, there was a girl who was about four years-old (yeah, she probably shouldn’t have been there) who was running in front of the screen making Wonder Woman power-poses. In that sense then, I guess this girls’ version of the same old superhero tropes is more than equal to the boys’.
Posted by Buck Theorem at 6/29/2017