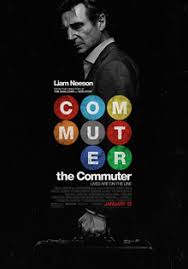 Poor Liam Neeson: he can’t even get on a train without having to punch his way out.

Jaume Collet-Serra starts vividly enough by rendering Liam’s morning routine in jump-cuts that vary time and moods to give a summary of the everdayness of this family man/insurance salesman/ex-cop (that should come in handy). But Collet-Serra films always have dashes of playfulness such as this temporal trick amidst genre obviousness. At best, this keep things alert and entertaining; elsewhere it means a simple shot down train carriages has to be a trick shot and that it all peaks in a hilariously ridiculous and overblown CGI train crash. But this opening does play on the fact that, despite how big and efficient in a fight he is, there is a vulnerable quality to Neeson, something unassuming that allows him to be relatable and the ridiculous scenarios to spin from an overwhelmed centre. 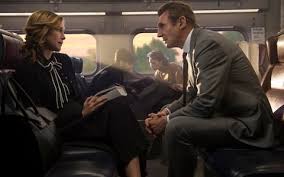 So Liam is made redundant but doesn’t have the nerve to tell his wife, and on his way home on the train, Vera Farmiga approaches him. But she’s not looking for a nun (that’s a ‘Conjuring’ reference), but rather someone to complete a task she proposes: find someone that isn’t a regular commuter on the train, tag them with a GPS and walk away with the reward of $100,000. Yes, he’s in a high-concept scenario and it’s soon evident that he’s way in over his head with the malevolent and seemingly mysterious omnipotent manipulators not giving him an inch to get out of it. In fact, so seemingly all-powerful are these puppet-masters, killing people at will and seemingly having foot-soldiers all over the place, that one wonders why they don’t already know who this “Prin” is and why they’re taking so much trouble to frame Liam. But once it’s clear that all this will be solved by punchy action rather than mystery convention, airtight suspense logic isn’t really needed. It's like the good-clueness-man-in-peril Hitchcockian suspenser shoved into a Nineties actioner. 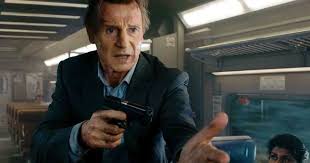 Indeed, it’s not particularly good but it seems redundant to chastise a film for the very dumbness it’s very self-aware of and playing with. Even the train crash comes on like a kid bashing toys together.  But there’s a side of the film that seems to be trying for a more mature suspense-genre guessing game and tapping into contemporary paranoia that bigger powers and terrorists are all out to get you. But this paranoia is typically taken for granted as a truth in the genre. All it takes is one kick-ass guy to sort it out.

There are faces and names you’ll recognise but they really don’t have much time to mark themselves out; rather they add some semi-prestige as Liam punches his way into greater absurdity, through the implausible conspiracy theory that seems to refute itself as it goes along. You could probably shove this train through the plot holes. It’s the exact same trouble Liam had in ‘Non-Stop’* except, you know, on a train: if I was him, I’d avoid public transport and stay clear of mobile phones. 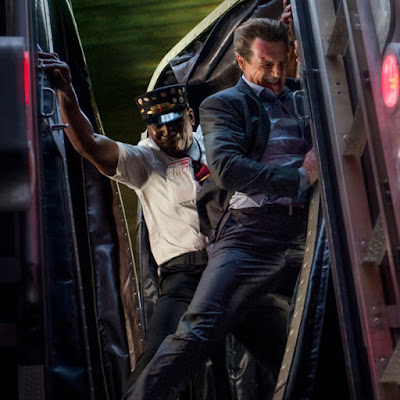