Too Old to Die Young 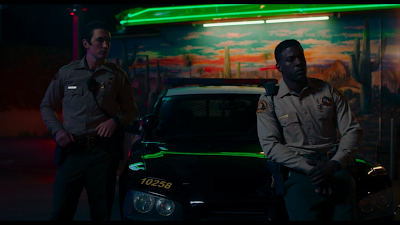 TOO OLD TO DIE YOUNG

Ed Brubaker is one of the writer-creators of ‘Too Late to Die Young’, the series created with and directed by Nicolas Winding Refn, and in issue 5 June 2019 of ‘Criminal’ he writes in his editorial:


"It is unlike anything out there, by a wide margin, so expect weird and shocking and hypnotic and gorgeous, all at the same time. Do not expect anything resembling a traditional TV series."*


And it’s hard to argue with this. Even the FX’s series ‘Fargo’ didn’t go quite so far out into being an unapologetic ambient piece. In ‘Too Late to Die Young’, the jigsaw pieces take episodes to reveal themselves and then assemble. Like so much of TV of interest, this can be traced back to ‘Twin Peaks’ in its unwavering pursuit of mood, if not mystery. 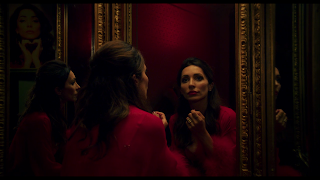 It starts as it means to go on, with a 360 degree pan around a parking lot for three minutes or so. Has television ever offered such a series of cinematic gorgeous long takes? This is part of the very substance of this series, languid panning shots or 360 degrees to take in the full context. Every shot is like a fashion shoot. Every doorway is like a picture frame. The use of colour and light is a natural progression from the aesthetic that Mario Bavi was using in earnest in 1964’s ‘Blood and black Lace’. See how the cool blue of the night outside offsets the orange of the bulbs hanging inside? Relish the hellish purple of the whipping barn and the deep blue of the nightclub.

It’s often like photographs by Philip-Lorca diCorcia, or of David LaChappelle brought to life. The cinematography by Darius Khondji and Diego Garcia is exemplary. It’s the opposite of the neo-realism or insights offered by, say, ‘The Wire’ or ‘Headhunters’, but doesn’t indulge in the magic-realism of ‘Fargo’ and its more about the visuals than even ‘Gomorrah’. Rather, it is entirely cinematic in its patience and gloss. It’s a natural extension of the kind of glamourous crime fiction aesthetic introduced by Michael Mann’s ‘Miami Vice’. Cliff Martinez’s score creeps up on you, suddenly declaring itself from its drones and shadows and when the effect of this and the visuals coalesce, it is frequently sublime. But there is a plot. 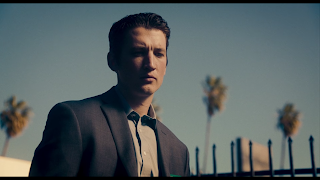 Ed Brubaker has long been a reliable and excellent writer of crime comics, and it’s his mean focus that seems to have shaved off Refn’s campier dramatics while Refn’s aloofness minimises Brubaker’s empathy. Here, we have a wealth of characters and not one is particularly likeable or redeemable. Miles Teller is Martin Jones, a corrupt cop with an under-age girlfriend, Janey (Nell Tiger Free) – she’s a prodigy, incidentally. He’s just rolling with the punches, going from corruption to corruption until he kind of stumbles upon the idea of morality and decides he wants to be a kind of ethical hitman. Teller proves a great straight man for all the offbeat tendancies, stoically spitting his way through the killings and characters. He is minimal in what he says, pausing before he says anything, but shouldn’t be underestimated: he knows just what to say to get in and out of situations; to insinuate himself with a couple of despicable pornographers or to make a man wielding a shotgun in his face just lower his guard for a crucial instant (“Your mother sent me.”).


Meanwhile, Jesus (Augusto Aguilera) is biding his time to becoming a gangster kingpin. He keeps quiet because he’s insinuating himself; he’s not one of those hotheads. Beneath this silence, though, it slowly emerges that he is hiding the most appalling ruthlessness and egotism. Set in motion by his mother’s death at the hands of the police (an assassination?) – and there’s lots of incestuous kinks at play here – he is ruthlessly setting his ducks in a row, aided by his wife (Cristina Rodlo), who has secrets of her own. Most of the eroticism is provided by them: the flesh of Aguilera and Rodlo is swooned over by the camera in equal measure with the male, the female and the gay gaze being equally used. 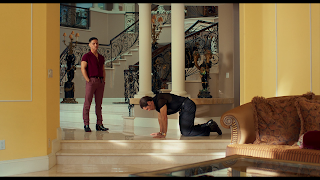 Elsewhere, you can debate about who is more nutzo and enjoyable: William Baldwin’s performance as the growling father of Teller’s underage girlfriend or Hart Bochner as the police chief that treats his station as an amateur dramatics venue.


Even as it takes its time, there are plenty to twists and surprises coming and when the storylines do come together, it doesn’t waste time getting to the nub. There are many riveting sequences: gangsters druggily dancing outside their headquarters before a drive-by shooting; Jones insinuating himself with the pornographers; a car chase that grinds to a halt in the desert; The High Priestess going about her work at a motel or a bar; etc. 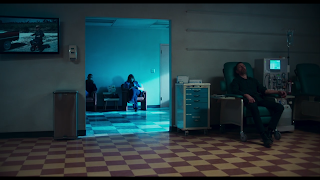 Deadpan and ethereal, this won’t be for everyone, but if works for you, it’s a frequently mesmerising trip sprinkled with the exclamation marks of ugly crime fiction.


“Please. Tell me that motherfucker isn’t a real cop.” 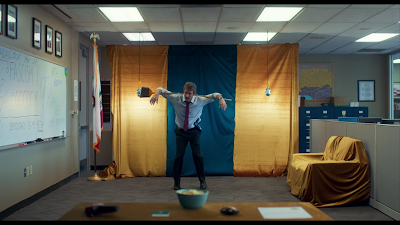 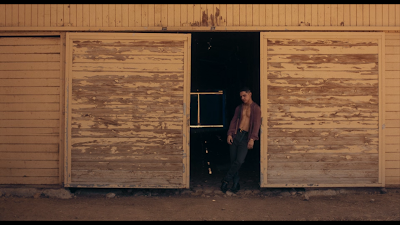 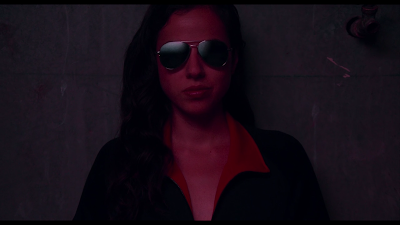 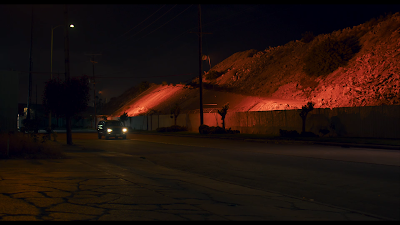 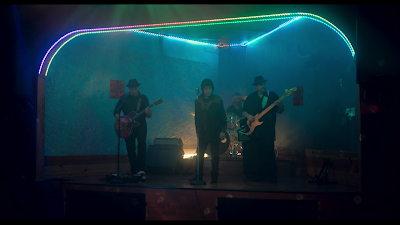