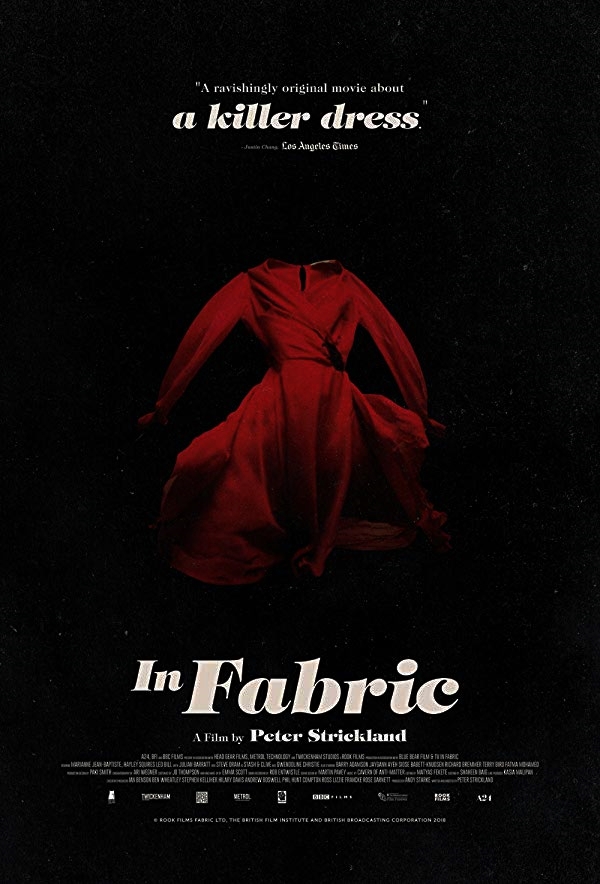 My approving friend immediately called ‘In Fabric’ “Dario Argento’s ‘Are You Being Served?’.” And afterwards I saw and heard a couple of other reviewers (including the published kind) summarising it in the exact same way. I guess this is evidence that Strickland knew exactly what he was doing and hit his targets. 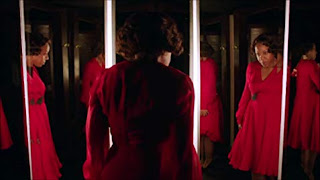 Strickland’s previous films have been direct and serious affairs, not that they lacked black humour, but ‘In Fabric’ wears its deadpan more clearly. It’s signalled by Fatma Mohmed’s appearance as the saleswoman in Soper & Soper superstore, and even as Mohmed gives the most mannered of performances, precisely uttering sales-speak with hilarious pretensions to Shakespearean poignancy, Marianne Jean-Baptiste counters with a performance of down-to-earth naturalism that’s quintessentially English. It’s satirical affectation in one character and no-nonsense in the other. They shouldn’t work together in the same scene, but in this weird quasi-Seventies otherworld of killer dresses and sinister mannequins versus the humdrum of ordinary dull British lives, it does. In fact, the killer dress is presented as the least absurdist element, being genuinely sinister and dreamy by turns. 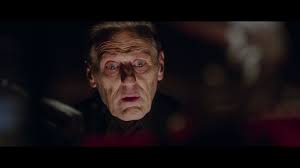 The domestic drama comes from a mother having to deal with her brazen son’s sex life, or the dullness of a washing machine repairman’s rote acceptance of marriage even as the killer dress perhaps unlocks unacknowledged kinks. There’s a particular English charmlessness evoked in the son’s dreary sex-obsession and hapless Clive’s (Leo Bill) monologues on washing machines, in Sheila’s (Jean-Baptiste) Tinder dates and Clive’s stag night. The horror and glamour come from the sinister and seemingly hypnotic hold the coven of otherworldly superstore staff have over their customers, seemingly harassing them with haunted dresses from time to time. The camp blends with the tawdry. On one hand, the film takes time with scenes of the odd bank manager couple in interviews where they take notes on dreams, and on the other there’s the Soper & Soper manager looming about like Nosferatu. Here is a film whose goriest moment comes from a rampaging washing machine. It’s this conflict of the humdrum and the bizarre that keeps it curious and unpredictable.


It is gelled together by a playfulness and surrealism that directs it right through an abrupt narrative left-turn that is jarring at first, but the tone is consistent making realignment quick. It then reminds a little of Hammer and Amicus anthologies: the continued homages are ripe and amusing but the film maintains its own agenda. One can only anticipate such a film where Ari Aster feels freed by genre instead of beholden to it. ‘In Fabric’ offers fetishism and kitsch horror in a decidedly amused English manner, going its own wilful way and never quite feeling the need to explain its mysteries. Strickland has always known the power of fetishizing the visual and of course that means his films are visual feasts – without underestimating the diligent attention to the audio palette. ‘In Fabric’s veneer is always beautiful, even in downbeat English homes. As Walter Chaw says, 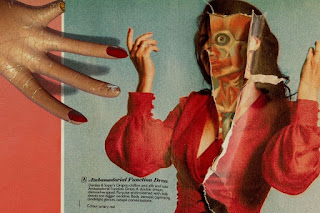 "It understands that element of giallo that equates surface glamour, a certain luxurious hedonism, with various forms of infernal consumption."

Here, consumerism is malignant and ridiculous, resorting to hypnotism and pretentious, nonsensical slogans. And beneath it all, there seems to be a sweatshop… 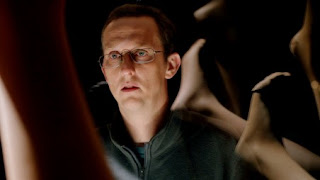 Its themes of female power and identity flow fluidly from Strickland’s previous films. Here, men are mostly two-dimensional and subservient to female power (even a laddy dad is beholden to his bratty daughter): pathetic sitcom sad-sacks. ‘In Fabric’ is mostly interested in female identity: even Clive, the chief male protagonist, is notably uninteresting and lacks self-awareness. But as dominantly complex as they are, the women are still in pursuit of the right visual cue to appeal to men – but in this case, it’s a vampiric dress.


Of course, it won’t be for everyone, but Strickland has again produced a minor genre classic after ‘Berberian Sound System’. ‘In Fabric’ is different, but again Strickland has found less obvious corners of the genre to original, baffling and beguiling effect. 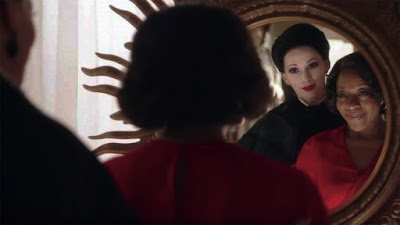