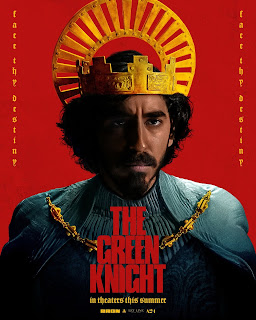 Writer & Director - David Lowery(written for the screen by)

With ‘A Ghost Story’, Lowery took the archetype of the bedsheet ghost (I believe credited to MR James’ ‘Oh Whistle and I’ll come to you, my Lad’) and turned it into a somewhat goofy time-travelling mediation on grief. Lowery takes the same deconstructionist, meditative approach to 14th-century poem “Sir Gawain and the Green Knight”.

It’s got ‘Excalibur’, but even Boorman’s film let the archetypes and mythos dominate. ‘Willow’ was also an apparent inspiration. ‘The Green Knight’ is seemingly more baffled and beguiled by the oddness and randomness of the medieval story, which is personified by Dev Patel as Sir Gawain (in another choice of post-modern casting, the kind indulged with grandiosely by Ianucci’s ‘The Life and Times of David Copperfield’; again, Patel is given a quintessentially white British role). Patel gives an increasingly soulful performance, capturing the doubt and determination of this knight and his aspirations for chivalric legend; it conveys a very human sensibility in a fantastical environment, not simply providing an avatar and embodying an archetype. Its arthouse and indie tendencies, its self-conscious awareness and playfulness, remind more of ‘The Tale of Tales’, or even the questioning of something like Jordan’s ‘The Company of Wolves’, where the stories that have been embedded in our culture for centuries are deconstructed, given a contemporary spin to see what it’s made of. Every character may be an archetype – King; Lord; Mother; Middle sister, etc – but an intelligent cast colour every role with humanity, bringing with them something jaded, for example. Lowery and Patel make Gawain a somewhat troubled soul, tortured by his need for courage when he all otherwise wants to do is to carouse. 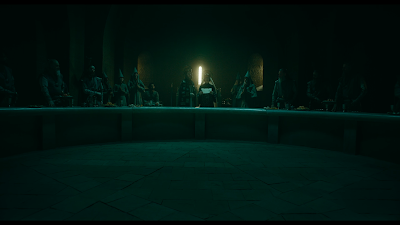 If the original poem’s message is that it is always better to be honest, the emphasis here seems to be the attaining of courage, of facing death honestly. Although in this version, the accent feels more on the courage than the honesty. The vision Gawain ultimately has seems to lead him to see all the heartache before him and a unhappy ending, the kind of heartache that comes with just living a life (albeit in a fantasy context); but does this simply give him a moment of fatalism that lets him embrace death because of a forecast of suffering? The call to honesty is less apparent, but even if I have it wrong, the ambiguity is imbibed with the last line and the note it ends upon, and deliberate. 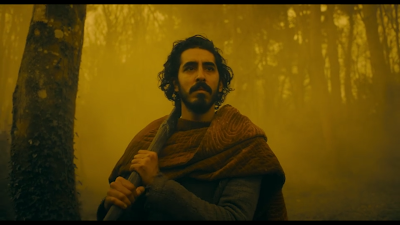 Even with ‘A Ghost Story’, Lowery was evidently a fascinating world builder, astutely atune to the otherwordly. All his films show this. The magic realism that Lowery favours, even with ‘Pete’s Dragon’, is given free reign here. However, ‘The Green Knight’ has such a lowkey approach that even ‘Excalibur’ is grandiose by comparison, and that was watermarked with dourness. It reaches the elegiac, its affections of poeticisms totally appropriate for the material. ‘The Green Knight’ has a permanent feeling of an individual lost in a fantastical world, and even incorporates a CGI fox without losing its sense of understatement. However, it does allow itself one moment of unbridled big awe with the encounter with the wandering giants (which gave me an ‘Attack on Titan’ vibe just through their threatening, uncanny size and otherworldliness). But that’s a little disingenuous because right from the opening design of The Green Knight himself – a sad human carved from a tree? – it is a film of loud human insecurity and quiet awe throughout. 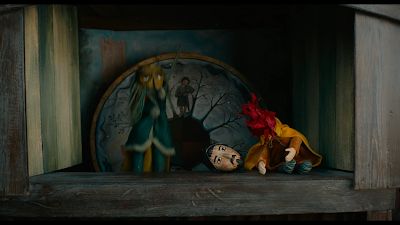 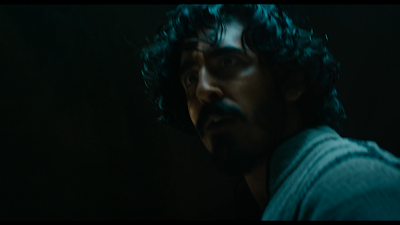 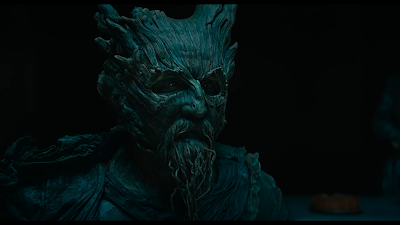 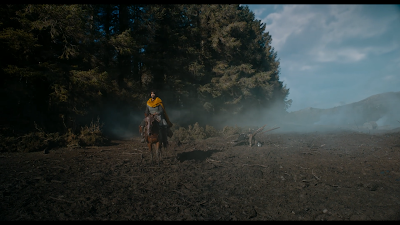 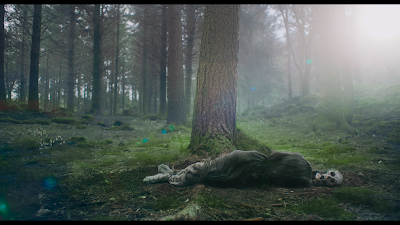 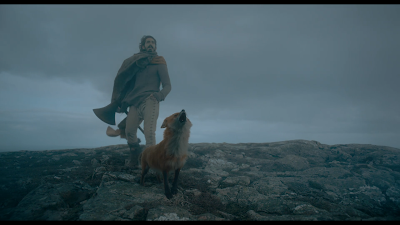 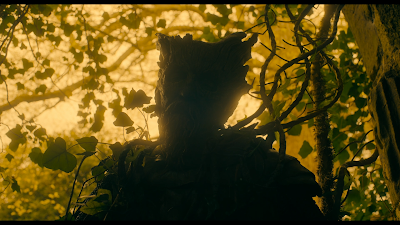