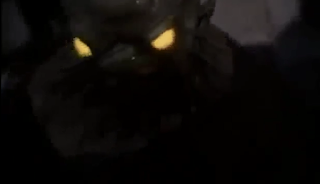 A disgruntled policeman who is researching the alarming rise in missing persons investigates and uncovers an alarming conspiracy: a company has been dumping radioactive waste under the city, which has been turning the subterranean homeless into mutants, or “Cannibalistic Humanoid Underground Dwellers”. And their acronym leaves little doubt as to the trouble they cause.

‘C.H.U.D.’ has a cult following no doubt because it is so typical of low budget 80s horror fare and touches on nostalgia for that. It’s equally dull and delightful in that way, but it also possesses a somewhat shabby milieu and focus on the city underbelly that gives it a pleasing veneer of urban neo-realism. Well, perhaps not so-much realism as an urban context familiar from the era’s police shows as laid out in the opening sequence (hey, get out of the way, bird!).  The big companies are the villains – Corruption! – and the homeless are mostly the victims. It’s only when a respectable white woman goes missing that there’s an issue. Our other protagonist, as well as the disgruntled policeman (Christopher Curry), however, is not taken from this pool of neglect but is a photographer in the artsy way typical of these films (John Heard). There’s a sense that things are happening according to the fads of genre – it even gets in a shower attack in a film about subterranean monsters – but if you’re going with it this is more like horror comfort food than tiresome cliché. 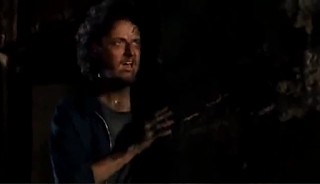 These narrative whims turn out to be result of a troubled ‘C.H.U.D.’ production where it was re-written to contain. The monsters were originally conceived as the mutated homeless, leaving the social commentary less distracted by the fun of special effects and perhaps making this more like a Larry Cohen film or like ‘Combat Shock’ style social awareness horror than a creature feature. But a creature feature it is and they’re memorable and amusing in just the low budget way you would want. What we came for are the monsters so when they attack a diner (Hey, that’s John Goodman!) things heat up. They even helpfully elongate their necks to make decapitation easier. It’s not a classic by any stretch, but it’s just about above-average fun for genre fans. 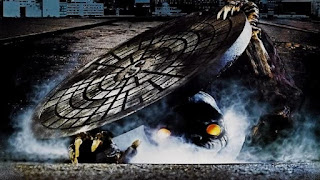 Is the acronym pronounced "chewed"?

Hah, yes, it should be, but I haven't heard anyone pronounce it that way. And it's also true that, as an acronym, it's not the only thing it stands for (it's a twist!).

There's a 96-minute "director's cut" on YouTube in which the monsters are in fact the mutated homeless. It was a pleasant surprise to find the female lead played by the excellent and perennially under-used Kim Greist, who also made an impression in Brazil, Manhunter and Throw Momma From the Train.

Yes, that's the version I saw: I originally saw it as a teenager (going to add the link to the post). I seem to have read that originally the mutated homeless weren't such monster-FX and that these were added in later. These kind of themes are why horror remains a favourite with me, doing social commentary like no other genre, no matter how clumsily or crudely.