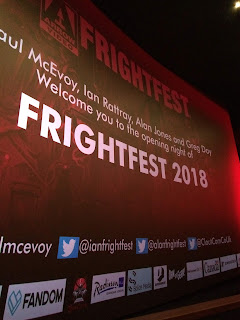 It’s that time of year to binge-watch genre films of a more hard-edged if not outrageous nature. The Empire Leicester Square has been upgraded so that now it is moodily underlit and promotional vids are projected on the stairs as you walk in – and it’s quite trippy walking up FrightFest artwork and dripping blood for the screens. This year, there were more adverts, less Q&As and – as I was in the main screen – cheering and applause each time a film was fronted by a disclaimer that it was not the IMAX experience. If nothing else, it’s great to see these films on such a big, big screen, so big that you can see the grain on some prints. I always pledge to spend more time in the lobby, but then I find it so crowded that I just have to get outside. And outside in Leicester Square, there was a Pennywise the clown and a short Predator to pose with. Inside, there was a giant predator statue to queue up to for alternative screen tickets and some guy walking around as “The Nun”, which is apparently the next horror icon. And so to the films… 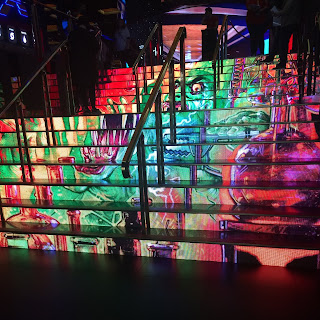 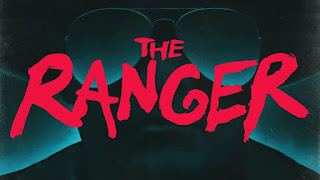 ‘The Ranger’ follows the regular and reliable formula of taking an authority figure and endowing him with psychosis and one-liners and then unleashing them on a group of obnoxious teens. It’s a version of the ‘80s – introducing the film, director Wexler talked of the period being deliberately vague – and the young punks are on the run after a druggy night out goes wrong and decide to hide out in the woods in a deserted cabin. It’s Chelsea (Chloe Levine – from favourites ‘The Transfiguration’ and ‘King Jack’) who knows the place – it was her late uncle’s – but her punk friends don’t quite fit in with a rural, peaceful scenery and soon she’s pissed at them for tagging trees with graffiti. They’re quite the obnoxious bunch, the kind of nihilistic punks you find in ‘80s genre flicks, so for sure the park ranger they bump into will teach them to respect the greenery. The first big audience FrightFest cheer was when he shoots the blaring boom box and one of the punks. Jeremy Holm makes for an endearing rather than shit-eating psycho and Levine probably provides more texture than needed and there's a smidgen of ambiguity to her character and stirs a little intrigue. There’s inventiveness enough to the kills with the one-liners doing the necessary punning, but it’s undemanding and easily disposable. 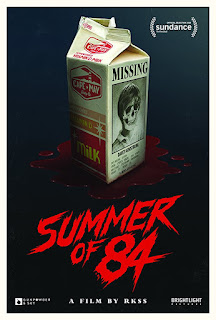 ‘Turbo Kid’ was a favourite with me and a brilliant recreation of Eighties low-budget straight-to-video sci-fi cash-ins. This time, in a filmed introduction to their new film, the directors warn this will not be like ‘Turbo Kid’ but they do a similarly consummate job of capturing the era this time without it being part of the humour. In fact, ‘Turbo Kid’ is likely to be the kind of thing that ‘Summer of 84’s shabby group of teens are likely to rent on VHS. They’re just a regular mixed bag, although the film doesn’t make anything of their outsider status but plenty of their convincingly ripe dialogue. The problem is that imaginative soul Davey (Graham Verchere) is convinced that his neighbour Officer Mackey (Rich Sommer) is actually the Cape May Slayer that’s been putting so many faces on milk cartons. Soon, he has convinced them all to embark upon a teen detective mission that is as old as ‘Emil and the Detectives’, ‘The Famous Five’, ‘The Hardy Boys’ and all that: kids against the wrongdoing adult world. And that’s how it plays out for the most part, against a milieu of period detail that is pleasingly organic and underplayed.

But by the end, the true horror of doing the right thing leading to loss, trauma and paranoia makes this an upsetting and deeper tale than perhaps expected. Davey sobbing alone against a backdrop of board games symbolises that some games and adventures lead to dire consequences. It’s more haunting than expected and proved a FrightFight highlight. This is a directorial team that is proving reliable in delivering the goods and I will always be interested in what they do. 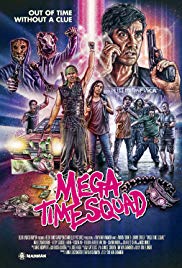 Pulling a small-time robbery, John (Anton Tennet) finds himself in possession of a Chinese time-travel device that comes in handy when he falls foul of the local small-time criminal boss. Soon, he is forming his own gang by duplicating himself with the intention of becoming a criminal mastermind.  So no, it’s not horror but it’s very funny genre excursion, benefiting from van Dammen’s insistence on riffing on colloquial dialogue. It treads that very fine line that Kiwi comedy has of making its characters amusingly dim but not stupid (whereas an American comedy is more prone to plunge headlong into the stupid), between the zany and attentiveness to genre needs. Van Dammen provided special-effects for another FrightFest comedy winner, ‘Deathgasm’, and here the many Johns multiply seamlessly with the otherwise staple lowlife criminal shenanigans. And all the time, it treats its genre conceit with restraint and credibility. It’s the frequently irreverent and antagonist interplay that provides most of the humour and the slyest gag is that, in the end, the person John can trust least is himself. 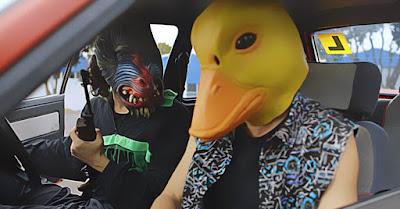 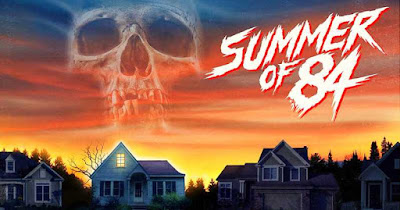