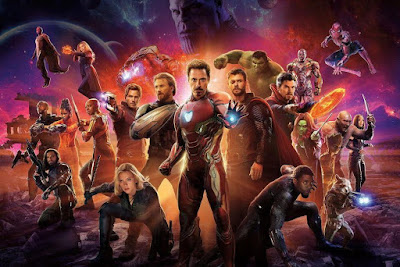 The most impressive aspect of ‘Avengers: Infinity War’ is how Christopher Markus and Stephen McFeely’s script manages to juggle so many characters on such a massive scale without losing a sense of the small moments. Of course, this can be seen as a culmination of decades of experience and refining the Marvel film formula: for example the Ditko Dr. Strange interdimensional razzle-dazzle; the Black Pather Wakanda future tech; and there is no way this would work on so many levels if Marvel hadn’t been shown with ‘Guardians of the Galaxy’ that light humour and wit should be a winning leading factor, a route they now pursue with much vigour and success (recently this has revitalised the Spider-Man and Thor franchises). Having established so many characters in many previous films, ‘Infinity War’ happily dispenses with much set-up and gets down to the business of Thanos (Josh Brolin) trying to obtain as much power as possible by collecting the Infinity Stones. 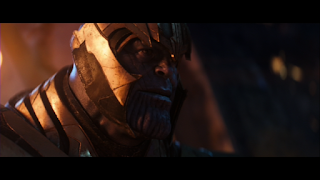 It’s just packed with stuff: Spider-man’s pop-culture familiarity providing him with the means of vanquishing an enemy, as well his ongoing father-figure relationship with a tetchy Tony Stark; the bickering of the Guardians; the Avengers conflict with the government; the women being equally kickass; Thor carrying over some of the goofiness from ‘Thor: Ragnorok’; Groot being a typical surly teenager; etc. A fight and a throw-down is never far away, but so are the many good one-liners that feel organic, rising from character interaction instead of shoehorned in to fill a laugh quota. 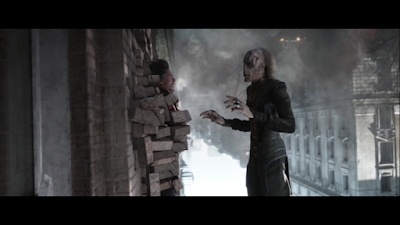 There’s sci-fi and spaceships, and the fantasy quest leanings of Thor and, back on Earth, the usual punching superpowered people through skyscrapers and devastation of urban streets. But it’s not a mess because the Marvel Universe has laid the groundwork over so many films that these divergent elements never seem in conflict. This is where long-running contracts ensuing the same actors play the same characters pays off: we know who they are immediately, never having to take a moment to realign recognition and acceptance. It’s probably best if you have some passing familiarity with some of the Marvel Universe for this to work, but perhaps the effects, fights, archetypes and wisecracking is enough even for the newcomer. 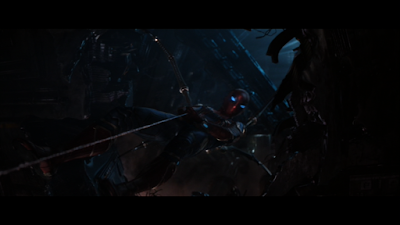 More than anything that has preceded it, ‘Infinity War’ captures the scope and varied stories of the Marvel comics. The set-pieces flow into one to another and even if this is a long film, it never feels like it is pausing. Except, perhaps, for the ruminations of Thanos. 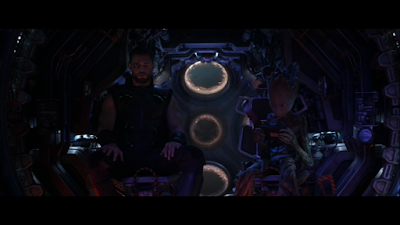 The film’s biggest success and surprise is that it’s guided by a soulful genocidal abomination which provides focus when so much of everything else CGI is going on. In the comics, Thanos is motivated by a love of Death but here, arguably, Thanos is a far more recognisable and relevant villain for our times when his genocide is motivated by delusion: he believes that he is doing a good, ultimately benevolent act; that only he is making the toughest of decisions. And although there is never a question that he will finally be vanquished (next film) there is even space in the film to wonder if one or two major characters are actually dead. 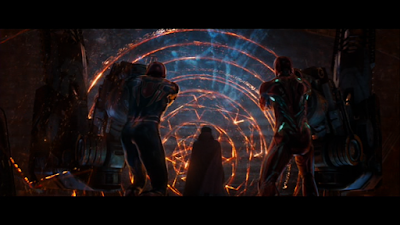 Perhaps if super-heroes bore you, even this won’t do the trick, but as an accumulation of all that’s gone before, it’s delirious on its own grandeur whilst keeping a lot of that there humanity. Maybe pushing the “save that one person and I’ll give you means to obliterate half the universe” thing a few times is meant to be part of this humanity, but in the circumstances it just seems the heroes can’t see past themselves, or is at least a flaw. But moreso, it’s one disappointment is that the good guys almost have the upper hand but are let down by a character’s lack of emotional control at the crucial point. But Marvel characters are nothing if not over-emotional. 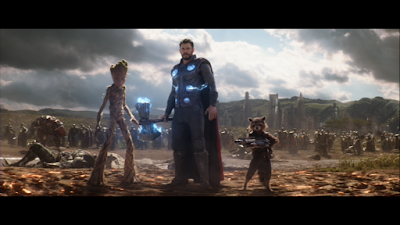 Oh, and it also captures  a lot of the beauty of a comic strip panel come to life. When super-hero films first made their appearance, something on this cross-over scale was only in the fantasies of the fans. But here it is and most of all it’s fun with the pretence to life-and-death dramatics that hark back to cultural legends to give it some gravitas. 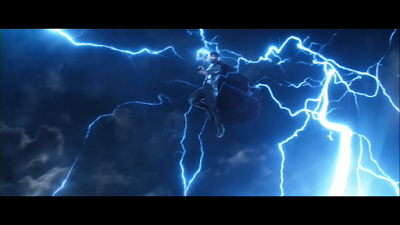 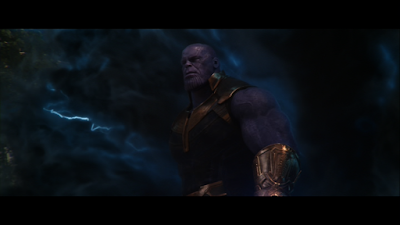 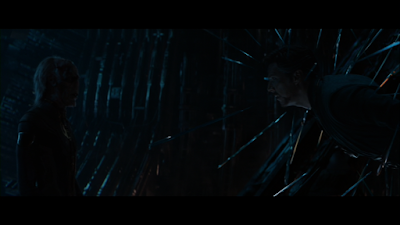 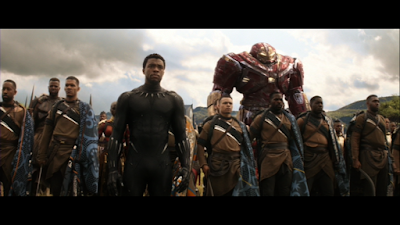