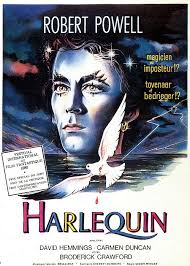 Screenplay by Everett de Roche, a reliable genre writer, This hodgepodge oddity is one of those films that, as a kid, I could throw in with psychic power films and stuff like ‘The Medusa Touch’, ‘The Fury’, ‘Carrie’ or even ‘The Omen’ and 'The Gate', where anything seemed possible, where an unseen logic dictated strange occurrences. Where a stain on the floor turns into a face, for example. Like superheroes, such abilities appeal greatly to power fantasies and ‘Harlequin’ certainly appeals to a male fantasy of mysterious powers as well as those of martyrdom. 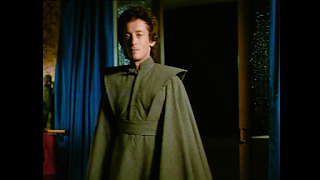 It’s a rendering of the Rasputin story where a mysterious stranger called Gregory Wolfe (how’s that for allusion?) ingratiates himself into the political Rast family by seemingly curing the terminally ill son. Wolfe’s ultimate plan is to show the ambitious politician Rast (David Hemmings – and don’t forget to spell “Rast” backwards) how he is being manipulated by devious superiors, but it’s not clear how he plans to do this by spending months talking and smirking cryptically, turning up in hilarious garb and bedding Rast’s trophy wife (Carmen Duncan). 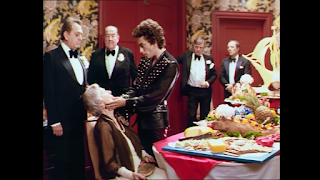 Robert Powell as Gregory is just short of the full-on camp of ‘Rocky Horror’s Tim Curry, but it’s campness of the inadvertent kind: he spouts French for flirting, acts like a dick to the women, holds the child over cliff-edges for some lesson about the closeness of Death. Occasionally he indulges in parlour tricks, spangly eyebrows and – when exercising true magic which everyone seems to just accept as illusions – charmingly dodgy effects. It still appeals for being offbeat, a mishmash of political and horror-fantasy that makes it winningly offbeat and always intriguing. When potentially anything goes, there’s always anticipation for being surprised. But no, it doesn’t quite go full-on bonkers, although Powell does wear a Harlequin outfit (which he must have hired from the same place he got the clown outfit). 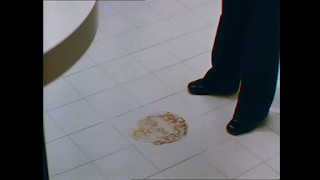 ‘Harlequin’ turns up in discussions of the run of Ozploitation films of the 70s and 80s, a slick and offbeat inclusion. It smudges its Australian origins by importing British leads and dubbing characters in American, but Powell’s frosty charm and Hemming’s slightly hangdog blustering raise the bar even as Duncan is constantly throwing herself at Gregory’s feet. Richard Kuipers gives a good rundown of how this is “the most ‘internationalised’ of [Australian] genre pictures”, and notes that upon release, 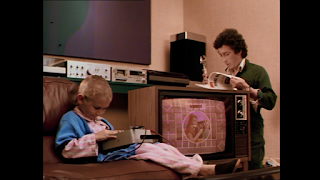 “Australian critics and audiences may have been cool but the story overseas was very different. Harlequin won awards at the prestigious Sitges and Paris Fantasy Film Festivals, received theatrical release in the US and UK and was a sizeable hit in several Latin American territories.”

It’s datedness, its unintended campness and the fact that it’s determinedly unspecific on many details all add to its fascination. If it doesn’t quite make sense at the end, if there’s a sense that the audience has always been kept at a slight distance throughout by intention or lacuna, that all becomes part of the mystery.

* I also note that the recent 88 Films blu-ray release also features a epilogue where the corpse is found by boys fishing, which is different to how I saw it end originally and makes more sense of Wolfe’s actions. 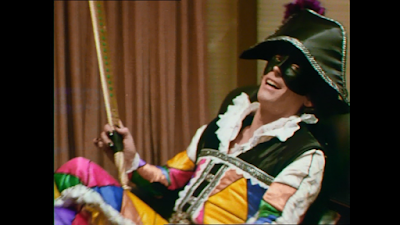 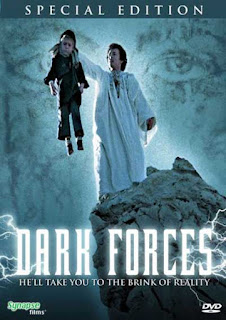