Watching Sarah Colangelo's 'The Kindergarten Teacher' recently provided me with one of those closing lines that seems to me a perfect full stop, one that reflects on the meaning of the whole thing, the past and future of the characters.

It's not quite the same as "Favourite Last Scenes", but it's in the same tombola.

It made me compile a small list where the last thing that is said - in the case of 'Winter Light', it's a sermon - just puts elevates the film to the next level. If I thought on it more, I am sure I would fill out the list to a round number, but these ones are just off the top of my head. But no, I am not going to quote them here for risk of ruining the effect if you haven't seen. All, in their own way, are devastating. 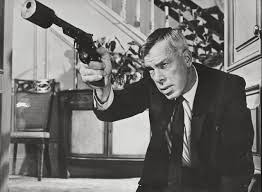