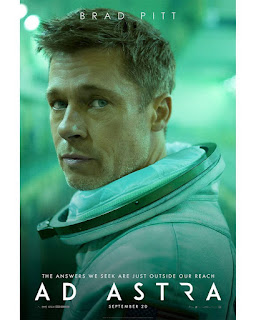 
Half of it is Brad-Pitt-Is-Sad-In-Space-Because-Of-Daddy-Issues and the other half is space-pirates, space-monkeys, space-fights. The latter is most fun and whereas it is obvious the former is meant to be moving, it’s less interesting. ‘Ad Astra’ follows ‘Interstellar’ and ‘Arrival’ in the trend of dazzling sci-fi concepts and effects undercut by parenting issues. It means that universe- and mind-expanding ideas are beholden to human angst and are the less challenging or transcendent for that. These films are reassurance that the universe does indeed revolve around you. 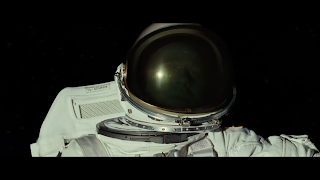 Mark Kermode says: “Brad Pitt sulks in outer space.” But on the reverse side, Ann Hornaday feels that “it’s precisely the film’s earthbound emotional truth that give it heft,  meaning and grandeur.”  “Ad Astra is unambiguously a film of its moment, one about a man’s struggle for personal meaning and a place in the world in a time of fallen fathers,” says Manohla Dargis, but I can’t think of a more well-trod subject. James Gray probably wouldn’t have been the first name that came to mind when guessing who directed such a genre film, but he’s always as lavish and interesting, even if he may err on the side of earnestness. And male existentialism is one of his themes. Always enjoyable and stylish, there is always something in his films left a little wanting, leaving them just short of greatness although obvious contenders. 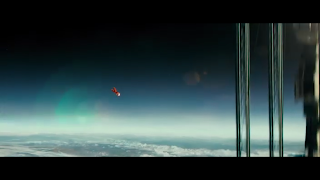 ‘Ad Astra’: “to the stars”. Emotionally stunted spaceman goes in search of his dad in the region of Neptune. Yes: ‘Apocalypse Now’. There’s stately Kubrickian framing, a little conspiracy theory, several memorable set pieces. Hornaday notes “Gray … had said he set out to make the most realistic science fiction ever made.” However, negligible science doesn’t matter (climbing into a rocket that’s blasting off??), but – not to harsh on the mellow of Pitt’s paternal issues being sorted out – he commits acts that causes multiple deaths, et cetera, and surely there would be some repercussions? But we know from ‘Interstellar’ all about the time quandaries, so perhaps by the time he got home they had all forgotten? But that’s a central problem for these sci-fi films that prioritise human introversion over the cosmos: as long as there is some family resolution namechecked, everything else becomes secondary (In ‘Interstellar’ the across-the-dimensions reunion the film has been fighting for is much like a passing thought; in ‘Arrival’ the incredible alien contact is secondary to montages of maternity). 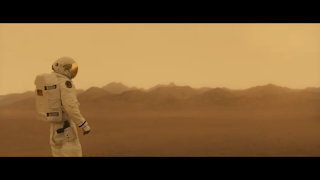 But on the plus side, Hoyte Van Hoytema’s cinematography and the special effects work ensure that the space stuff is gorgeous: buggies doing a ‘Mad Max’ and chasing over the lunar surface is a highlight, as are the blue rings of Neptune. It’s a film that has learnt well from ‘2001: a space odyssey’. The reveal of the space baboons is a good one. There’s too little of Donald Sutherland and Ruth Negga. And we can do without Pitt’s unnecessary narration, but his aging-but-handsome visage gives good profile: there is always the sense that he knows exactly what he is doing. I’ve read comments that it’s a slow film, but I think pensive is more appropriate, and that’s fine: I think it’s pitched just right for what it’s doing. Especially as it just keeps breaking out into agreeable pulp digressions, which certainly stops it from being Terrence Malick In Space and always keeps it intriguing. Whether it fully gels and reconciles what seems to be its internal conflict of whether to go full arty or full pulp depends upon your generosity … or daddy issues. 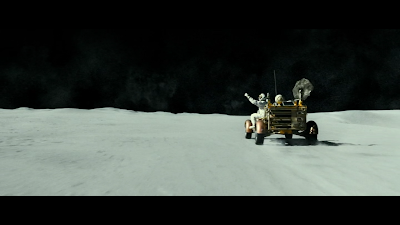 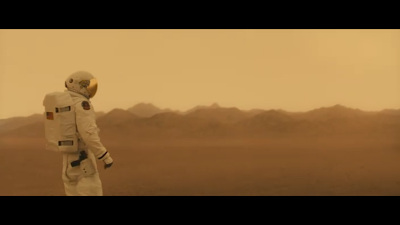 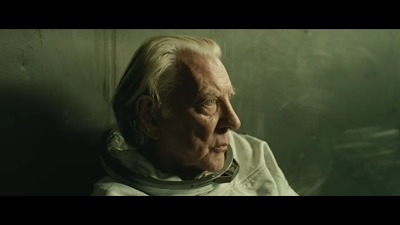 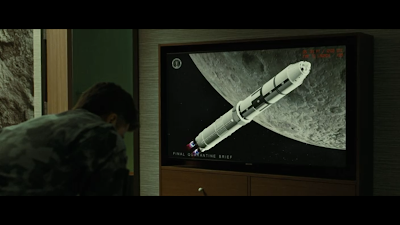 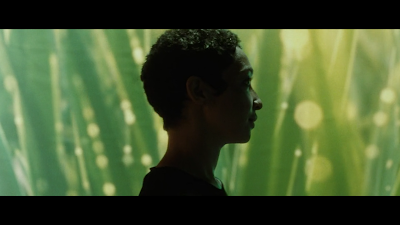 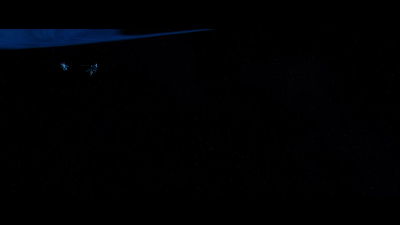