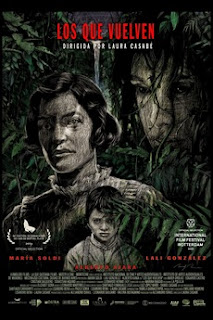 1919 on a South American farm, driven by the grief of another stillborn child, the wife of a vicious landowner tampers with indigenous magic. And the title hints at the rest. But it’s not quite straightforward or predictable, mostly because it plays with shuffling the narrative and the revelations around across its three chapters. There’s a lot of underlying outrage at the treatment of the tribes with the ultimate appropriation surely being that of its children. A slow-burner that’s always picturesque and intriguing.  It has eeriness to spare, allows a certain mystery and a central story that is straightforward and engrossing once all the pieces are in place. And when it’s brutal, it doesn’t hold back. 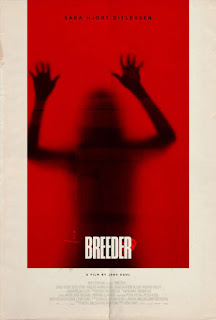 A slightly different mad-scientist scenario, but it’s obvious as soon as she appears with all her icy glamour that Signe Egholm Olsen as Dr Ruben will do anything for her bio-hacking experiments into aging. When Mia (Sara Hjort Ditlevsen) stumbles on the truth, this involves dodgy boyfriends, grim basement prisons, something resembling torture porn, sadists, etc. It has a clarity and directness typical of Nordic drama (as opposed to a more hysterical US aesthetic) and it’s serious about medical and misogynistic abuse of the female body. It muddies the waters by having its key antagonist as a woman who sells her discovery to vain men, but it’s ultimately as straightforward in its viewpoints as any other mad-scientist scenario: it spends a lot of time establishing that the bad guys aren’t redeemable. Writer Thomsen introduced one of its themes as female empowerment, but it’s more a revenge fantasy against abusers of women of all kinds. The Female empowerment elements are surely more when the ladies work together to escape (my favourite is the chain-strangulation). 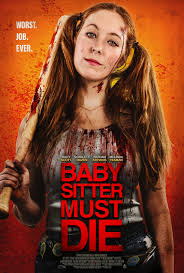 Just about to finish off a babysitting stint, uncool good girl Josie (Riley Scott) is suddenly under siege when a bunch of over-acting occultists do a home invasion. There’s plenty of fun to be had here with the best running gag being that Josie has a wealth of kick-ass skills learnt from Mustard Seed Scouts (my favourite, because it took me somewhat by surprise, was “drama”). Geek girls: your skills will be needed! All her suppressed anger is given free flow against the humourless invaders. gives a good rundown on the political subtext, where violent outsiders break into the homes of the bourgeoisie to reclaim what they say is theirs, via a Lovecraftian touch.

Even so, there’s nothing surprising or sharply satirical here like ‘Better Watch Out’, but it’s not as annoyingly smug and adolescent as McQ’s ‘The Babysitter’ (although continuing the story through the end credits doesn’t work for me). It’s fast, a little brutal, and shows that just a little spin and speed on familiar tropes can be entertaining, if undemanding. 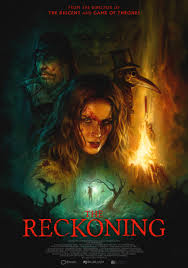 In which a woman wrongly accused of being a witch gets her own back on behalf of all victims of Witchfinder Generals. Through everything, Charlotte Kirk always looks glamourous, and luckily being in a dungeon and abominably tortured doesn’t really dirty the defiance on her face or impede her ability to run and fight back. Sean Pertwee as Witchfinder Moorcroft probably gives the most intriguing performance of sinister whisper and delusion, perhaps inevitably reminding of Vincent Price’s control and menace is a similar infamous role. Moorcroft’s  female burnt-up-former-witch assistant with a  bad case of Stockholm Syndrome probably the most potentially interesting character. But this isn’t a study about how the delusions of religion are played out violently on women’s bodies: it’s mostly just a revenge fantasy (‘Breeders’, by comparison, wanted to say something about science’s appropriation and violation of women’s bodies). Everything is in italics and bold so there’s probably camp amusement to be had, but there are also some gorgeous vistas photographed by Luke Bryant in the first half.