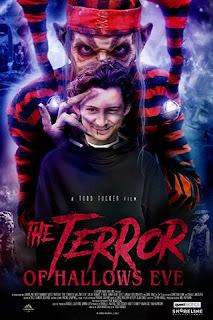 Todd Tucker’s ‘The Terror of All Hallow’s Eve’ (2017, USA) is the kind of thing that I might consider my “comfort watching”. It is never going to be on anyone’s list of favourites, but it calls on my affection and enjoyment of this kind of B-horror, and especially the bildungsroman horror. I will always have a fondness for, understandably, the kind of thing I really took to as a teenager like ‘The Gate’, ‘Phantasm’ , ‘Basket Case’, ‘The Deadly Spawn’, Joe Dante flicks, etc. ‘The Terror of All Hallow’s Eve’ captures the tone of those Eighties video hits effortlessly. Limited locations, ambitious analogue puppet-monsters, underdog protagonist, etc, all present and correct. Its pleasures are those coveted by horror fans – no crossover appeal here, no “Art Horror”. It’s the kind of film that gets the type of criticism that Trevor Johnson says of ‘Phantasm’: “…a surprisingly shambolic affair whose moments of genuine invention stand out amid the prevailing incompetence.”*

But the reason I like and can’t quite shake ‘The Terror of All Hallow’s Eve’ is that it possesses that quality that horror as a genre centres on all the time but rarely gets discussed as an essential ingredient: unfairness.

All Tim (Caleb Thomas) wanted was a little payback for his tormentors: whether that’s right or wrong may be debatable, but it’s unquestionably understandable. When I saw this at FrightFest, director Tucker said it was semi-autobiographical which made its ultimate message, for me, even more thoughtful. Because ‘Hallow’s Eve’ goes just beyond the revenge fantasy to a further, more uncomfortable but deeper message: don’t be tricked into losing your temper, because you will pay the consequences of your anger. Our protagonist Tim’s vulnerability and anger are understandable, and it’s easy to see how he was tricked, but it’s unfair. Bullied into tragedy. 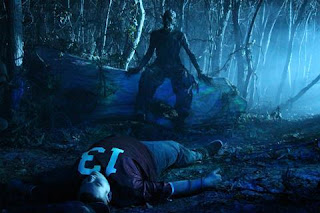 Unfairness: It’s why ‘Summer of ‘84’ ends up having such an unexpectedly upsetting resonance, and why it suddenly turns from enjoyable to deeply troubling. It's there in ‘Night of the Living Dead’, ‘Phantasm’, ‘The Vanishing’, ‘Frankenstein’, ‘Vivarium’, ‘Spiral’, most werewolf tales, ‘Sleep Tight’; in the World Cinema outrage at the treatment of women in ‘Under the Shadow’; in the surreal grief cul-dsac of ‘Koko-Di Koko-Da’, etc. It is a straight route to tragedy. It’s in every film where people just want to go out and have a good time, or just get on with sorting things out, but meet something terrible: like ‘Vacancy’, ‘The Strangers’, ‘Wolf Creek’ and ‘Willow Creek’, et al.

I don’t think I’ll include the ‘Friday the 13th’ or ‘Final Destination’ or the ‘Hostel’ franchise, that particular strain of horror, because part of the point in those seems to be that the victims are superseded by the spectacle, or are somehow deserving (perhaps because they are obnoxious, sexually active, privileged, etc). It’s not unfairness these films are interested in, but in the kick of shock-violence, the delights of schadenfreude. There must be some empathy and sympathy to generate the haunting quality of unfairness to the undeserving that I am speaking of. 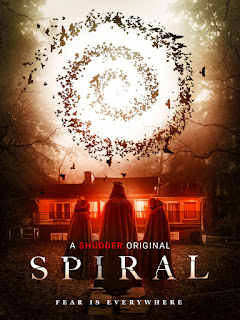 Unfairness is one of the society’s true horrors. Dramas like ‘Kes’, ‘The Bicycle Thieves’, and ‘Calm With Horses’ have it, that’s very much engaged with political context and subtext. It’s why ‘Pelo Malo’, ‘Libero’ and ‘Leviathan’ bug me, capturing a quality of life that is both mundane and empirically cruel. The horror genre stretches these anxieties to surrealistic heights, manifests them. It is not so much injustice that permeates the genre – although there is that political centre to ‘Get Out’, and 'Spiral' too because they're talking about race and class - but more the horrific randomness of luck. Even titles such as ‘Dark Skies’, ‘Krampus’, ‘Sinister’ are elevated by this “unfairness” aftertaste. ‘Scary Stories to Tell in the Dark’ has an edge of unfairness that gives it more than average gravity (although mitigated with the hint that it might not be over…).**

Recently watching episode 1 of ‘Wolf Creek: season 2’, and it’s an episode dedicated to setting up the bus of tourists that are going to be subjected to the horror of Mick Taylor (a terrifying John Jarratt): the episode cliff-hanger was predictable enough, but by the time it came, the characters had been established enough as ordinary, decent people that it gave me the dread required because what was going to happen to them was – at the very least – unfair.

It’s why the body-swap plot in ‘Tales from the Loop’ had a deep-set sadness.

It’s why ‘Them’ is so much more disturbing, and why it achieves wider range when class enters the context.

For comparison, ‘Better Watch Out’ doesn’t linger as a downer because unfairness is not allowed to win, even if the damage is already done (unfairness surely belongs to Luke’s pal, and that’s the distressing part).

Unfairness is such a troubling, unshakable ingredient that it makes any horror handiwork reach deep down into our outrage, paranoia, fear and empathy. It's upsetting. Horror seems superficially to be considered and graded by how “scary” it is; but for me unfairness is horrifying, for it is merciless and indiscrimination. It stains much deeper. 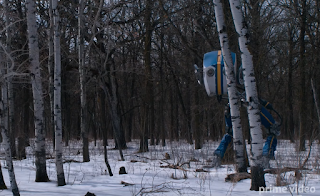 ** ‘Scary Stories to Tell in the Dark’ is like ‘Goosebumps’ done with less temperance. A note here that in regards to RL Stine who, however hokey and cliché his stuff is, is surely the gateway to a lifetime of horror fandom for many: Stine’s  ‘The Haunting Hour’ is harder stuff than ‘Goosebumps’ in that there’s a lot of unfairness going around. The twist of the episode ‘My Robot’, or the meanness of ‘Pumpkinhead’ for example. Or even ‘A Creature was Stirring’ where the fact that the snow has disappeared at the end would, as an incongruity, surely be indication
Posted by Buck Theorem at 10/06/2020