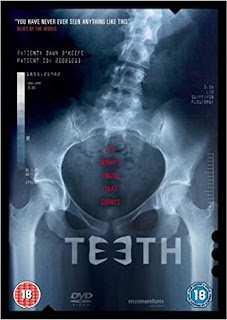 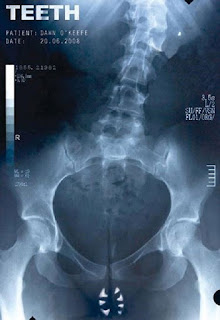 ‘Teeth’ doesn’t dress up its vagina dentata as a hulking monster.  She doesn’t turn into a big cat either. Nope: this is the most direct example of vagina dentata horror, with an excellent poster design making it obvious but not crude (well, the poster above). And that’s how the film plays out: clear but not vulgar. It has a lot of sleaze, but the film itself is not sleazy. It’s not a revenge fantasy, it’s not controversially feminist treatise against the patriarchy. ‘Teeth’ rides from a generation of extreme horror that means there’s no need for analogy, but black humour undercuts grimness and polemic. There’s melancholy and sadness instead of rage and comic book craziness. 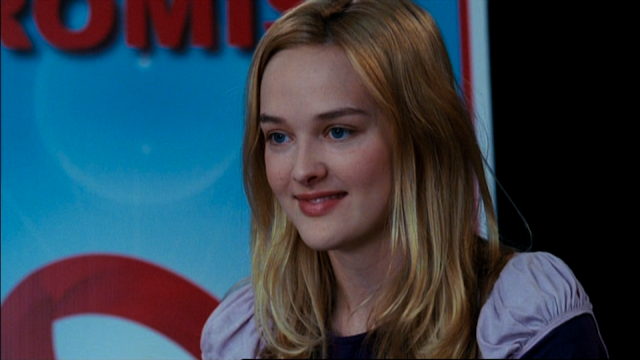 Jess Weixler is Dawn O'Keef, a high school spokeswoman for abstinence, wearing her “purity ring” with pride and, it seems, a little out of fear of sexuality. There’s the overly familiar high school setting, a slightly heightened reality, the kind of colour palette familiar from 80s teen comedies – but it feels a little more muted after the cave. The feel is more akin to Bea Grant’s ‘Lucky’: there’s a sadness here. The performances and attention to character are more akin to indie sensibility than John Hughes. They could all be caricatures, and the gynaecologist and the lewd old man certainly verge on that – for comedic effect – but Jess Weixler gives Dawn full-bodied respect rather than just a prudish judgementalism. Similarly, John Hensley as her irredeemable brother Brad manages, through the scuzziness, to project a lost defeatism beneath the nihilism. Even The School Lesson Of The Film’s Theme doesn’t feel too, too obvious… even as the nuclear plant looms over the town. 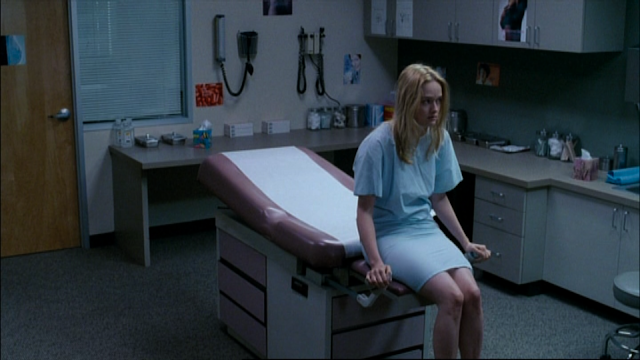 One of the themes is the insufficient protection given by piety and/or Faith. The “purity ring” is no safeguard against rape. After the attempted rape in the cave, Dawn is forced to confront her sexuality, and there’s also no real room for support at home, what with her dying mother and obnoxious brother. But, you see, it’s not sex that is the problem, but how the boys treat the girls. A little respect will save us all. Although through duplicitous means, when Dawn believes that sex is consensual – he even asks her if she wants to stop, and there is no reason to think he wouldn’t listen her if she said no – it is enjoyable for her and it’s all wonderful. This is not an anti-sex film and one of the subtle enjoyments is seeing whatever fears and reservations dawn has about sex falling away and a new vibrancy comes into her character. It is only when he answers his phone during sex and confesses that he had a bet that reprisals come. The other subtle enjoyment is Dawn realising that she is in control, that her apparent curse is in fact a weapon. 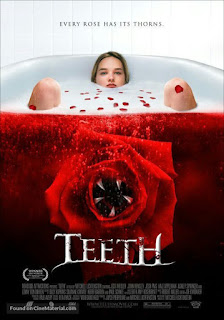 Its successful restraint means this is funny and nuanced where it could have been broad and bluntly vengeful. ‘Teeth’ is an easy watch, even at its darkest and most provocative, doing a fine job of mixing tones of the humourlessly outrageous with grimness and empathy, never short-changing the focus on respect for its young protagonist. 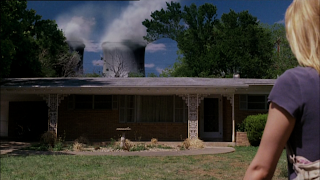