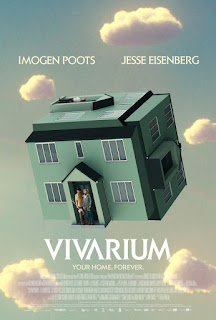 I went into ‘Vivarium’ with a vague sense of its premise and that it seemed to be met with a kind of indifference that intrigues me. In fact, ‘Vivarium’ ticked many of my genre boxes: the unreliability of reality, unfairness, leaning on the abstract and unanswerable, the unknowable. Of course, the title is a major clue, but I certainly got the most by knowing so little.

Like Finnegan’s short film ‘Foxes’, the identikit nature of deserted suburban streets creates an eerie, otherworldly backdrop. Finnegan’s previous feature ‘Without Name’ sets the central idea that some places tend to the eerie, that they are bad news for those who find themselves susceptible to their influence (rather than the threat of the locals). But in ‘Vivarium’, it is a little different: these people are the kind of genre protagonists that don’t deserve to find themselves locked in a horror scenario. Add unfairness to the horror elements. Imogen Poots and Jesse Eisenberg give insular, fine performances and this grounds the film as the craziness sets in. 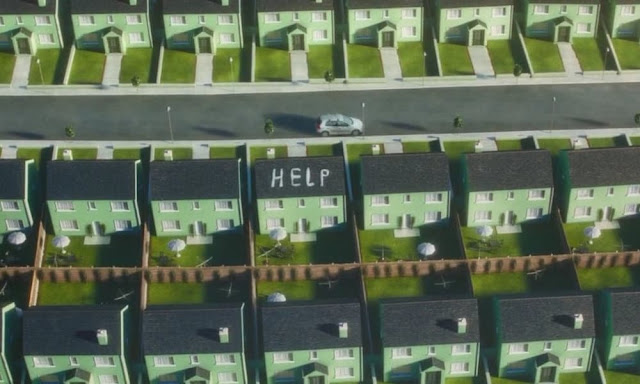 This new and seemingly unpopulated community looks like a plastic display unit at the Real Estate Office. Supplies just appear, like in a game (and surely even more relatable in a lockdown world). Then a baby is delivered into the mix. Imprisoned in a baffling situation that they cannot escape, this scenario starts to wear away the couple. He becomes obsessed with digging a hole – just something to focus on – and her maternal inclinations are grazed, however much she resists. It resonates as a disturbing satire on the conservative demands to conform by an abstract, external force. Men: slave away senselessly for nothing attempting to get out. Women: play the role of motherhood. And the boy (Senan Jennings) is supremely eerie and unsettling, with his sweet looks and not-right voice, reciting the adults’ incriminating dialogue back at them – parroting that is surely recognised by any parent. And the screaming.

All there is becomes a fake existence at the hands of an uncaring omnipresent, abstract force. The force isn’t even being deliberately malign: it’s just doing what it does. This is the kind of concept that implies that all our existential crises and rumination is just an anomaly of the human race in the wider scheme of lifeforms just carrying out their existence. In this instance, it goes beyond being a mystery until it just grinds the couple to the nub. It doesn’t drive them to arguments or acrimony: they just drift apart, which is just as cruel.

There are casual comments on Amazon that the third act fails, but I disagree: all the clues are there from the very opening. He was digging his grave all along, tying back to his burying the bird at the beginning. Cronenberg would be pleased: it is just a parasite taking its course in this nightmare without intentional malevolence. Whatever it is, as with everything, existence is purpose. The end revelations and reservations, the final madness where the surreal lets rip, are much needed after the measured build-up, but doesn’t forsake mystery for exposition.

‘Vivarium’ is a film whose creepiness reached far down in me to take root in a way that doesn’t happen often. A prime example of the uncanny. 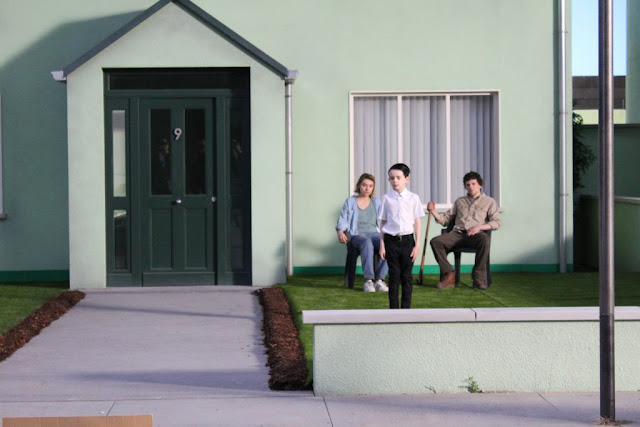