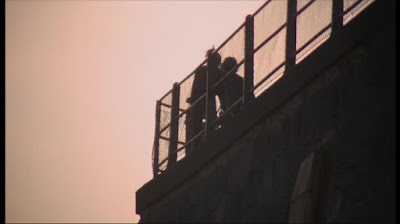 A SWEDISH LOVE STORY / EN KARLEKSHISTORIA
Roy Andersson, 1970, Sweden
What is distinguished about Roy Andersson’s portrayal of adolescent love is the respect, the unwavering reverence with which he treats the romance of his young protagonists. We may be amused at their affectation of supposed adult ‘cool’, with their leather jackets and mopeds and miniskirts and attention to make-up and posing, but these are also the core of their evolving characters. There is no denying the confidence with which they carry themselves. It is impossible not to recognise ourselves in them: furtive looks, raw feelings, tenderness. When Par (Rolf Sohlman) receives Annika (Anne-Sofie Kylin) at his family’s country home, he can barely stop smiling to be around her. These are agreeable protagonists, not immediately approachable or conventionally affable, for we will never be allowed access to their full inner-workings; but they are fully rounded characters.
Andersson’s debut wears very little friction between the loose influence of Czech New Wave naturalism and the clearer, infamous stylistic formalism of his later films (""Something Happened", "Songs From The Second Floor", "You, The Living"), although the opening does inform us that this is theatre with the rise of a curtain. Andersson’s obsession with detail serves his young couple well, not only in their dress sense and mannerisms, but also their less guarded mannerisms and casual body-language (e.g., the random way Par clucks his tongue nonchalantly after having been caught romancing in Annika‘s bedroom). It also generates a wholly convincing milieu for them to live in and explore: from nursing homes, clubs and the streets, to Annika’s bedroom and the country retreat. Rarely do films feel so of a time and place without feeling dated.
Andersson’s respect for his protagonists is served further by technique: after a split between the couple due to Par’s humiliation and near unbearable shame at being beaten by another boy, the break-up is resolved in a glorious scene where Par mopeds across the yard back into Annika’s arms. The scene uses a melancholic swell of music, strings that manage not to turn the evident melodrama of the moment trite, but rather serious, heroic and moving. The moment creates a dry humour in evoking those big scenes of reconciliation that resolve so many romantic narratives: he is James Dean, Elvis, whoever, awkwardly jumping off of the moped to rush back to her. But more than this, when they are reconciling, the music swells to drown out their spoken intimacies and the camera steps back from close-up to wide-shot to allow them their privacy. It is a moment of sublime cinematic generosity and regard for the characters.
But once they are at the country home, Andersson retreats from the couple completely and we are left with the adults. Throughout, we have been shown the adults as a counterpoint to the young romantics, apparently to reveal what a loveless adulthood becomes, to show what the teenagers are not, or even what they might become. No, we don’t really believe they will become their parents, but the possibility remains. The adults are tediously angst-ridden and distraught, melodramatic and childish in a way Par and Annika are not. Annika’s parents are trapped in an apparently loveless marriage where the mother sobs and the father is given to pompous declarations of bitterness. With Par’s parents being more settled (regardless of their concerns about ill grandparents and business in a time of economic strife), the dramatic focus falls on Annika’s parents, in particular her father’s self-loathing and boorishness. He is driven to distraction by a sense of failure, his temper and a desire to see his indifferent daughter deliver vengeance on the world on his behalf. This focus seeks to trump the Swedish love story who are conspicuous in their absence - Par and Annika have snuck away to be intimate - and the adult histrionics are crass and far less involving than the delicacies of the teenagers. Earlier, a scene involving installing a pair of swing doors in the house is almost farcical in the way the family turn it into a confrontation of the value of the action and the meaning of life. But later, there is little of the satirical, mocking qualities to the last act, as typical of Andersson’s subsequent films; yet the party hats and bibs provide some welcome surrealism, although this too is slightly at odds with the preceding naturalism. Ultimately, there is the feeling that a wrong-turn has been taken, as if the narrative has wandered into another Bergman-influenced film of broken angst-ridden families, leaving the love story somewhat stranded and an aftertaste of dissatisfaction. Like Par and Annika, we really had little to learn from the adults.
Nevertheless, this remains a towering, beautifully made tribute to first love, to the main protagonists and the range of feeling and intelligence held by youth. A rare film that sees its main characters not so much as puppets and ciphers ruled by narrative, but as the personification of the raw, rare and vital intimacies of adolescent discovery and character; and in that way, and more than that, as people in their own right. 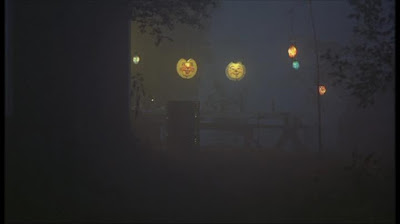