I figure “post-mortem” is the kind of thing that horror bloggers write. 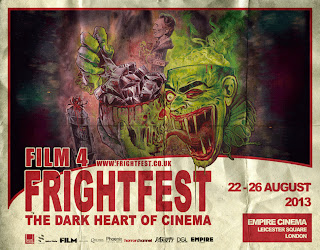 Anyway, I am not so sure that I am hard to please. “The Dead 2 India” works for me, despite its flaws being more obvious than its predecessor. Hell, I even dug the “Slumber Party Alien Abduction” episode from “V/H/S 2”, which was probably my guiltiest pleasure of the festival. But on the other hand, the random logic and smugness of “The Hypnotist” and “Odd Thomas” just made me picky and petty. If it was the dominance of rape that marred last year’s selection, this year is was simply tiresome illogical character-cam… but even then “The Conspiracy” tried to do something new and, even more, “Willow Creek” showed how that aesthetic should be done.

But, in the end, it was a better collection of films than I anticipated because there was nothing I was really, really jazzed up to see. Last year I was really eager for “Maniac” and “Berbarian Sound Studio” (both of which were magnificent). But I got plenty of surprises and happily have a handful of favourites. 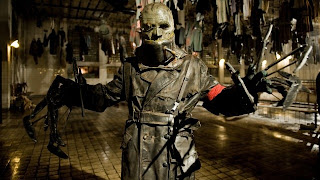 In no particular order:

I changed my mind about “You’re Next”. I had heated discussions with my friend who didn’t take to “Cheap Thrills”. I bitched about “The Hypnotist” and its logic. I thought the audience this year was even more fun than last year and admired how full-on and appreciative we all were throughout the long weekend. 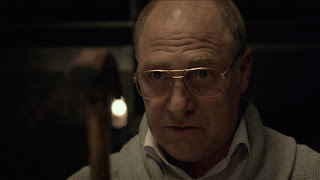 
Actually, I am not sure a “Favourite Visuals” list is going very far, because there were so many good, individual moments to enjoy. But those are five favourites anyhow. I mean, “V/H/S 2: Safe Haved” was  probably chock full of vivid unsettling images in its short running time than any two or three of the other films thrown together. But there was so much to chose from… the finger moment from “Cheap Thrills”, Chucky inanimate and then the first time Chucky speaks, the wandering dead of “The Dead 2: India”, that moment in “No One Lives” when the killer infiltrates the gang’s hideout and pops out from where he’s been hiding, the first telekinesis assault in “Dark Touch”… and, yes, even the avalanche scene from “The Dyatlov Pass Incident”. I think we were spoilt.