As anyone who attempts to make music knows, it usually takes far longer than you anticipated when it comes to recording. A life drama, procrastination, trying to work out what works and what doesn't, these things take time and interfere with getting the thing completed. Well, I have completed my first solo album on which I actually play stuff. I am sure my love of soundtracks and lo-fi production are self-evident if you should take a listen. The running themes, it turns out, are that of a latchkey kid milling about the house and watching B-movies on TV whilst birds tweet outside and also some sci-fi rocket-launching. You get the idea.

It also features a cover version of The Police's "So Lonely", which is in no way my favourite track of theirs but just one I found myself humming around the place and thought I might have a go at. I think I can date The Police as my first favourite band - along with Adam and the Ants - when, one Christmas, my Dad decided that what  needed was "Zenyatta Mondatta". It remains a favoured album and I've been listening to it since I was, oh, twelve.

It comes with a booklet containing photographs and lyrics.
I am, as ever, in great debt to James Eastwood whose opinions and help in recording key parts of the album (his recording set-up is far more sophisticated than my own) meant I actually did this thing.


It's a free download, so help yourself. I hope you enjoy it. 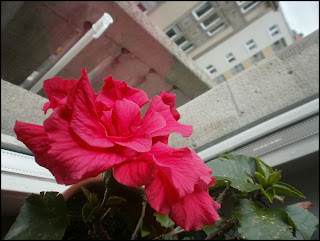