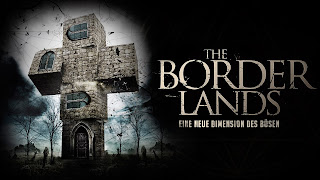 
A Vatican research team sets out to prove or disprove supernatural occurrences at a church in a small Irish town.


Another entry in the “hand-held camera” genre that of course doesn’t overcome the questions inherent in that aesthetic (who’s editing? etc). However, the film colours in the characters and provides increasingly good performances, benefitting from having convincing protagonists instead of just pin-ups. Aidan McArdle particularly starts out as the usual brattish cameraman but soon fleshes out into an innocent out of this depth, as someone relatable and to care about. The still inserts of the landscapes seem to imply that this isn’t so much “found footage” as simply filmed this way. It benefits from the Gothic atmosphere of a church and takes its time to set up an air of genuine unease. Soon, it gets down to being genuinely unsettling. It is also quietly bolstered by an argument between faith in “what is seen” and “the supernatural”,putting them in cahoots, making the latter phenomena bait for the former and making “The Borderlands” more thoughtful than its chosen appearance may initially imply. An unnerving exercise with a humanitarian streak so that the audience is left with genuine characters that do not deserve what happens to them. When the hand-held agenda succeeds it can give a descent into hell an intimacy that can be surprising and refreshing: “The Borderlands” escalates to a finale whose sheer audaciousness goes someway to justifying that angle, shedding some fresh light on some of the preceding dialogue. 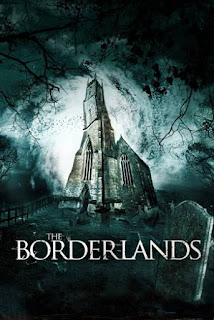