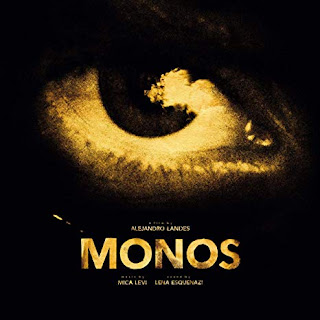 
‘Monos’ is a firework of a film with visual and emotional resonance to spare. It’s the tale of a group of child soldiers on a mountain top, assigned to guarding a captive.


‘Johnny Mad Dog’ is another look at child soldiers, particularly after they’ve served their purpose and been thrown aside. When you’ve been primed for warfare, where do those pent-up feelings and that training go? The ‘Lord of the Flies’ allusions are a given – and look: there’s a pig head on a stick – but ‘Monos’ isn’t about a bunch of upper-class kids primed for the upper-ranks and falling apart, with the sense they should know better and so casting a pessimistic summary of the human race. ‘Monos’ is more complex and empathetic, less judgemental so that we can see that these kids are struggling to assert and discover themselves with precious little resource. We can only imagine how they came to be here – taken? Orphans? Misguided allegiance to a cause? – and we don’t have to know as it’s a film firmly in its real time as things inevitably implode. Its hints of something surreal – we begin with a blindfolded football match and guarding of a sacred cow – only serve to put the narrative one step ahead of the viewer so that there’s always something new. 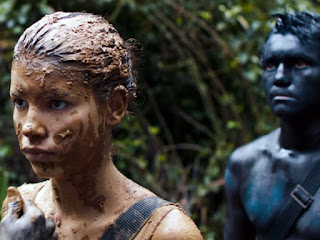 You probably can’t go wrong with a cloud-topped mountain and jungle location for visuals, which are often breath-taking and filmed beautifully by Jasper Wolf; but Mica Levi’s score really creates the remarkable effect. When the kids have a fireside party and the score truly rears up – discordant, quite alien to the environment and near hysterical – the effect is hair-raising and creates a unique audio-visual sensation, one that the film repeats often. By the time we reach the alarming river chase, senses, ethics and narrative have all been put through the wringer. 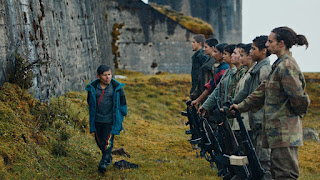 That is: even as the aesthetics and the feeling ‘Monos’ generates is gloriously otherworldly, the drama and increasing threat creates a narrative hold that tightens its grip and refuses easy answers or consolation. Truly remarkable. 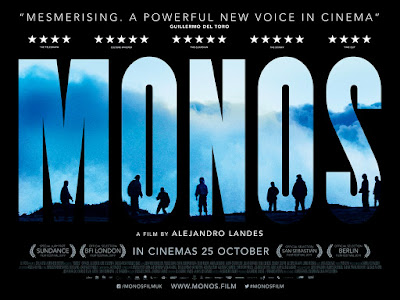