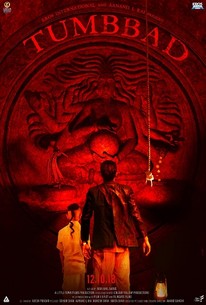 A lush Indian horror film with all the simplicity of a stripped-down man-versus-demon cautionary tale. It starts with a long recounting of the mythology, setting things up: IMDB synopsises, “A mythological story about a goddess who created the entire universe. The plot revolves around the consequences when humans build a temple for her first-born.” But it isn’t quite that film, because that summary implies more Goddess and folklore when they are just the springboard. Not that it isn’t epic, as Jesper Kyd’s score reminds us, but the cast is small and its focus is intimate, centring more on the domestic consequences of unholy alliances. Tumbbad is a real place but apparently the mythology invented. 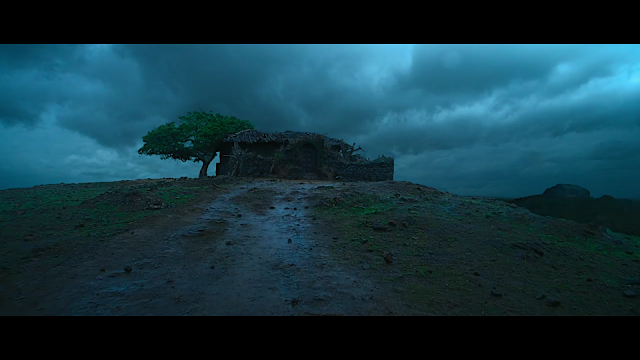 Predominantly, none of the characters are particularly likeable. Parenting is a series of shouting, shoving and slapping and outright abuse (different culture, different times). Vinayak Rao (Sohum Shah) is defined by greed even as a boy (Dhundiraj Prabhakar Jogalekar), for here we are working in the broad strokes of parables and fables. His grandmother has become monstrous – related to the mythology outlined at the beginning - but she may know where the rumoured treasure is in the temple, and that’s something young Rao is interested in.

By the time the first act of childhood is over, it’s been quickly established that the visuals are rich, natural lighting making it wonderfully but not incomprehensibly doused in shadows, the temple setting is strong  and the monster make-up doesn’t skimp on ickiness.

The second act is Rao in adulthood: he’s a bit of an uncaring, arrogant chauvinist. The gold coins he has access too sure haven’t made him happy but just fed his selfishness, it seems. In this section, the bright red womb-domain of the money-spinning monster is revealed. It’s a monster that reminded me of the work of Bill Sienkiewicz, but also Mike Mignola. Delight in the monster design and acrobatics, both elegant and unsettling.

The third act is centred about Rao’s son who only wants to please his father, and all the monster stuff and otherworldly set coalesce for the denouement. A hint of redemption, of the tragedy of overriding character flaw, of bombast and it’s all very satisfying, deceptively simple and straightforward. 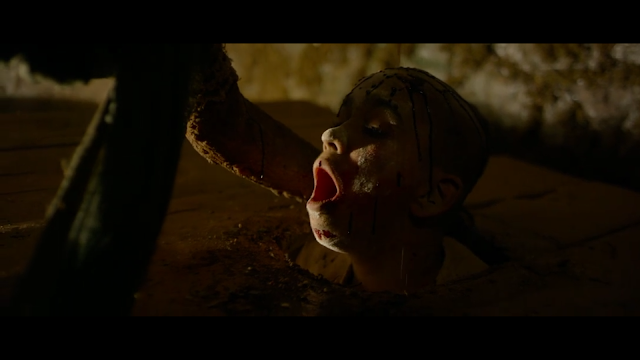 (The revelations of the visuals, of monsters and sets, are such pleasures that I am reluctant to give away too much in my screen captures here.)

It is as consummate an example of a three-act structure as any. Give a monster and mystery in the first act but save the truly unforgettable set for the second, as well as the bonus of another monster. And save a little twist and/or revelation for the third. The son goes on to break the cycle of greed and unholy alliances, leaving the whole narrative nicely set up, escalated and resolved. 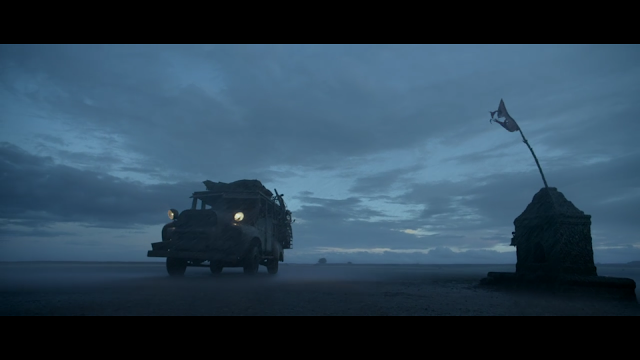 All the while, Pankaj Kumar’s cinematography is both colourful and dark, capturing natural light is a way that is both Gothic and sumptuous. The play with light is worth watching alone. ‘Tummbad’ was made over six years to capture the monsoon seasons and it certainly looks crafted rather than the rushed scrappiness of exploitation. The shots of vehicles and the temple in torrential weather are dizzying with muted beauty in themselves. And all this set against the backdrop of the rise and fall of colonialism only adds to the richness of analogy.

An offbeat treat, full of surprises. 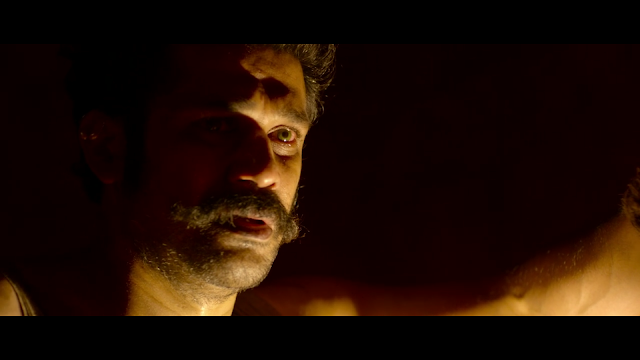 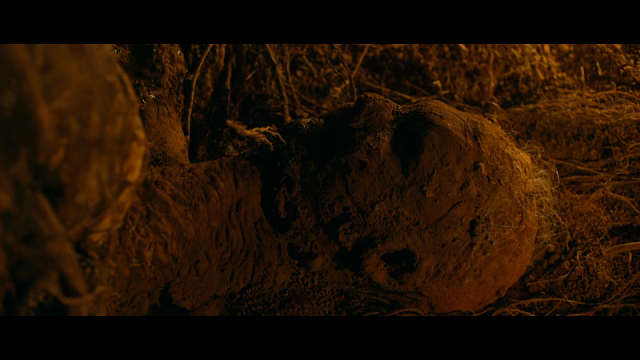 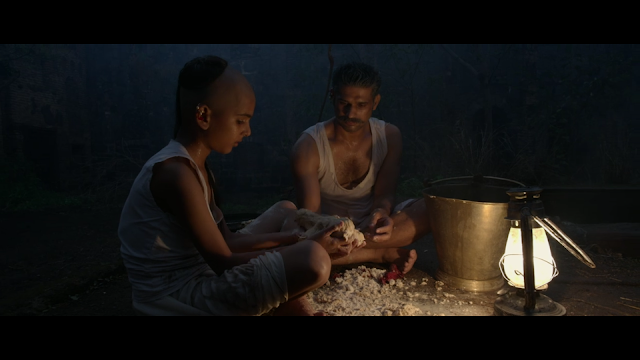 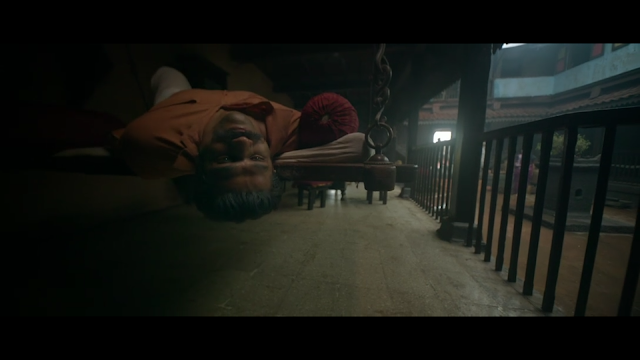 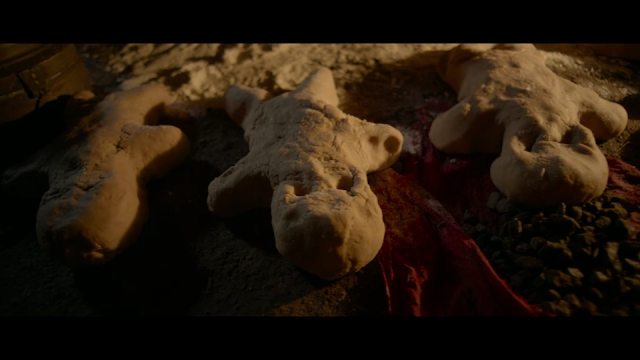 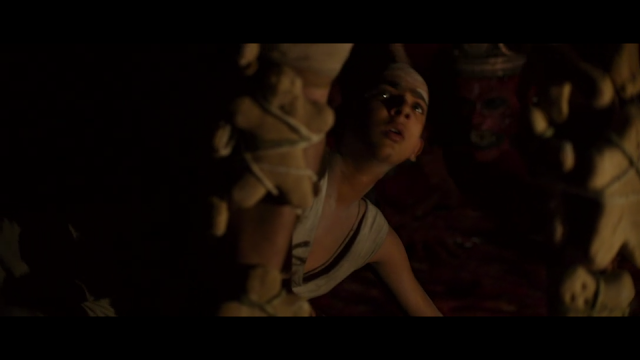 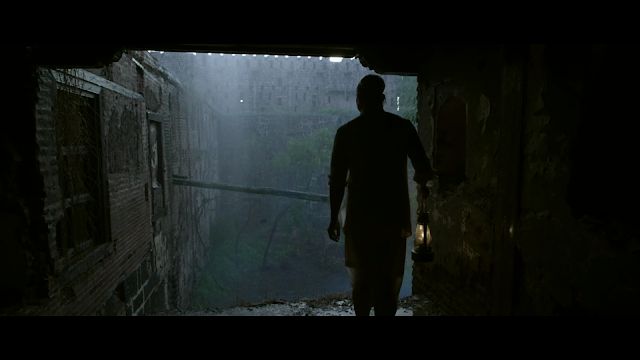 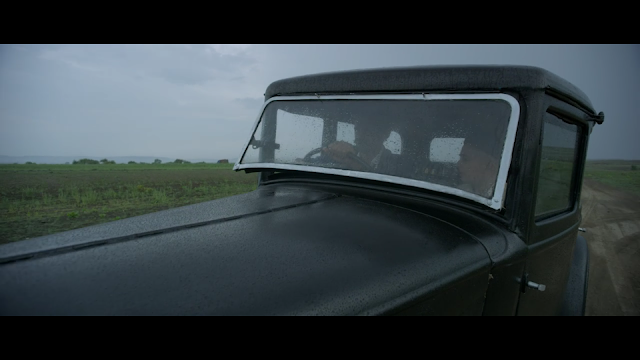